Would You Support the Lockdowns if It Meant Losing Your Own Job?

"Belief in the corona-religion is thin, but much worse, it’s gutless. People believe as long their jobs and their businesses aren’t being destroyed" 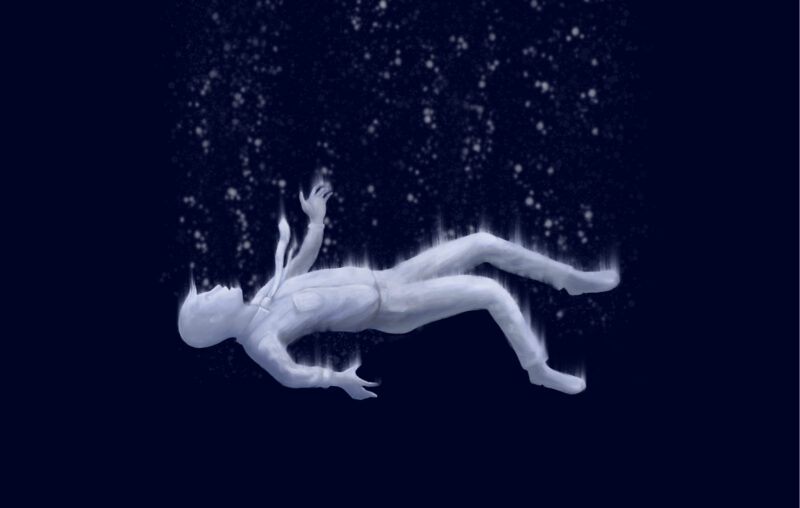 There’s a new television show that’s coming out or already out. The name of it escapes, but that’s really not the point. The point is that it’s about a pandemic. Notable about it is that it was produced before the coronavirus meltdown.

The rapidly spreading virus in the drama is one that takes away the memory of those infected. Imagine that. Imagine one day no longer having any reference point to the past. In this television show people are said to wear masks, among many other precautionary measures taken with an eye on avoiding infection.

Imagine if the television show described reflected real life? Can we all agree that if so, any kind of government force would be wholly superfluous? Really, who among us would need to be forced to do what it takes to avoid a virus that would rob us of the knowledge that makes us who we are? Whatever force government could dream up, most of us would come up with quite a bit more stringent precautions in the hope of maintaining our memory.

At the same time, some of us would most certainly throw caution to the wind. Think about it. For some of us, the past is too awful to remember. Better to lose one’s memory in order to start over again.

Notable here is that the “careless” among us would prove essential when it comes to devising a fix for a disease that strikes us in such cruel ways. Precisely because they would ignore all admonitions, their actions would provide crucial information about how the virus spreads. As this column has repeated over and over again since last March, freedom is brilliant on its own. At the same time, freedom is a lifesaver. It produces information. When a virus is spreading, logic dictates that people be left alone to live as they wish. Varying actions will unearth the why behind spread so that people can better learn what precautions make sense, and which ones are wasted.

It’s all a reminder of what’s always been obvious: the lockdowns that cities and states foisted on the American people to fight the spread of the coronavirus were tragically wrong. This was especially true assuming the virus had been even a fraction as lethal as the alarmists told us it was. Precisely because it might kill, any force to make us avoid death was idiotically excessive. Worse, the lockdowns partially blinded us to how what wasn’t very lethal spread in the first place. Freedom is its own virtue, plus it once again generates information.

Freedom also generates economic growth. When people are free to work and to operate their businesses, wealth is created. Let’s call the latter “settled science” that is actually settled. Economic freedom on its own correlates with enormous wealth creation that produces resources necessary to turn today’s killers into tomorrow’s afterthoughts.

Conversely, command-and-control correlates with economic devastation. We’ve seen this domestically and internationally for the past 11 months. Tens of millions of Americans losing their jobs, millions losing their businesses, and hundreds of millions around the world pushed back into poverty and starvation so that the developed world’s nailbiters could feel safe.

About the economic devastation, let’s never forget the why behind it. It could never have happened 100 years ago, or even 20 years ago because work for too many was a destination. This was true for rich and poor. Even 20 years ago technology of the internet variety wasn’t nearly advanced enough for the well-to-do to take multiple month breaks from reality.

The political crack-up over the coronavirus was only possible in 2020 because those cracking up weren’t going to brutally suffer the impact of their childish emotion. Basically those making decisions could completely lose their minds, only to rob others of their personal and economic freedom. Why not? They could claim they were “doing something,” plus their “doing something” would in no real way inhibit their ability to continue to work and provide. This was a #richmanscoronavirus. Please repeat this truth over and over again. There’s quite simply no way politicians respond in 2000 or 1920 the way they did in 2020. They were able to ball up in the fetal position because the tragic consequences of their overreaction would not hurt them.

Same with the New York Times. Same with all manner of supercilious types who, in response to criticism of political hysteria, either did nothing (think of all the free market think tanks and organizations that sat the coronavirus out) or claimed a deep belief in “science” when asked why they weren’t up in arms about the takings of freedom and property by witless politicians. Translated for those who need it, those who sat out this tragedy or who supported the lockdowns, or “science,” or whatever, did so because they could. They were employed, and they will be employed.

It all raises a question that rates routine ask: just how deep is your coronavirus religion? How deep is your belief in the science, and the precautions forced on workers and businesses such that jobs and businesses are vanishing, such that people around the world are starving? Getting into specifics, how many who so haughtily supported the political class’s actions, or implicitly supported them by doing nothing, would respond in similar, upturned nose fashion if their jobs and businesses were threatened?

The view here is that the answer to the above question is fairly simple, and it’s answered by time. Imagine yet again if the coronavirus revealed itself in 2000, or 1920. Lockdowns in either instance would have devastated exponentially more people by destroying tens of millions more jobs, and millions more businesses.

So there’s your answer. Belief in the corona-religion is thin, but much worse, it’s gutless. People believe as long their jobs and their businesses aren’t being destroyed. Twenty or one hundred years ago they wouldn’t have been so sanguine. Let’s never stop reminding them of this truth.