US Officials Must Be Prosecuted for Yemen War Crimes 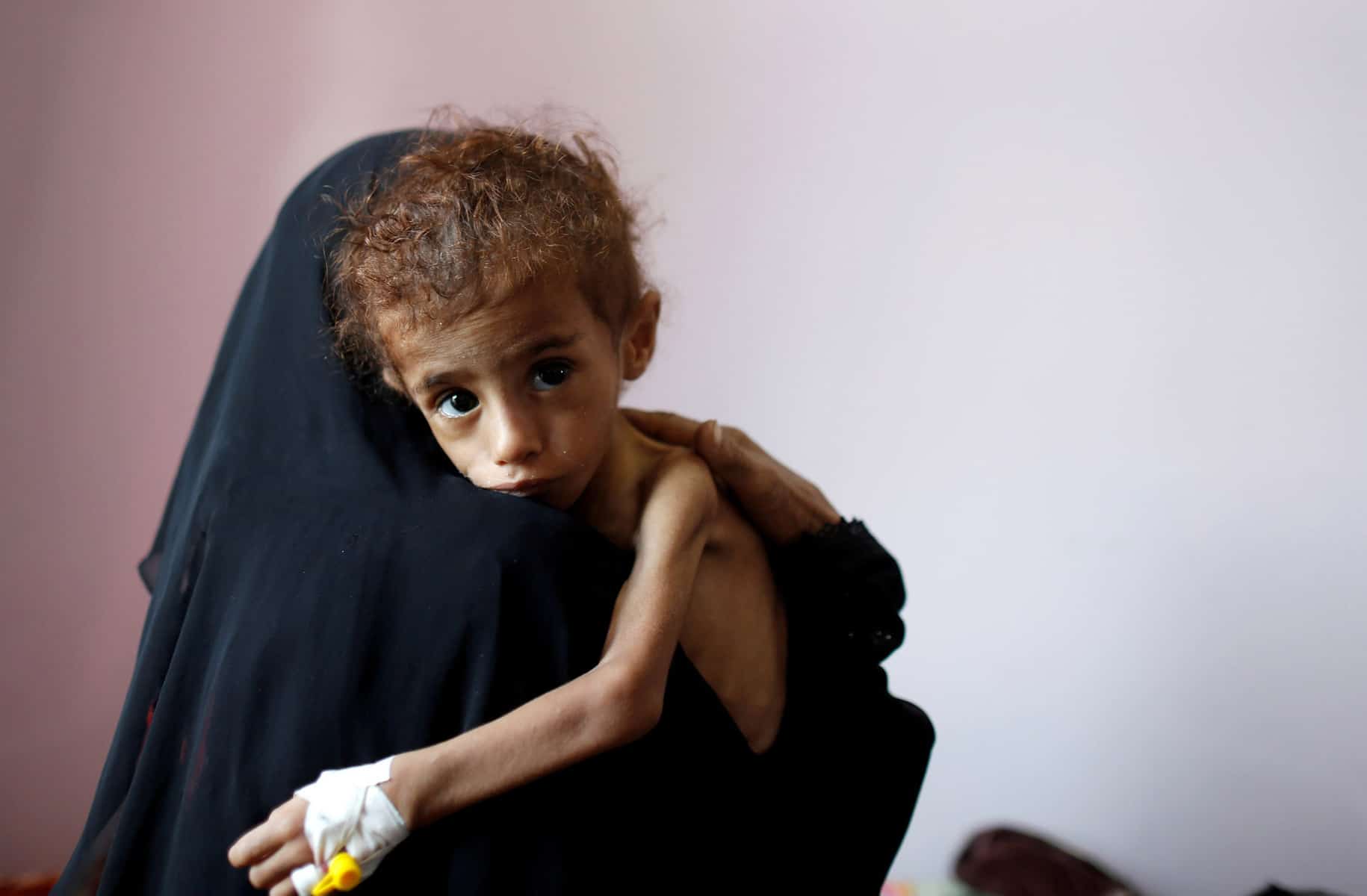 The Kingdom of Saudi Arabia recently announced that it was providing $204 million in aid for the impoverished and war-ravaged country of Yemen. That sounds generous, but it’s the Saudi royals themselves who are responsible for most of the death, destruction, starvation, and disease in Yemen, in which 80 percent of the population, some 24 million, need outside assistance.

Riyadh has spent more than five years conducting a brutal air campaign intended to restore a pliant regime to power. The claim that the Kingdom is generously helping the needy is a bit like a man murdering his parents only to throw himself on the court’s mercy since he is an orphan. If Saudi Crown Prince Mohammed bin Salman wanted to help the Yemeni people, he would simply end the war.

But he won’t, at least in part because the Trump administration is underwriting the Saudi government’s murderous campaign. Why is the president forcing Americans to assist the Saudi royals, who respect no political or religious liberty and kidnap, imprison, and murder their critics? President Donald Trump appears to be almost bewitched by the licentious and corrupt Saudis.

Washington sold Saudi Arabia planes and munitions used to kill thousands of Yemeni civilians. American personnel serviced and refueled the same planes, as well as providing intelligence to assist in targeting Saudi strikes. That makes U.S. officials complicit in war crimes committed day in and day out for more than five years. [Most crucially it is helping the Saudis in maintaining a naval blockade.]

This is not the conclusion of a group of radical activists or Marxist professors. Rather it comes from the State Department. Reports the New York Times:

The civilian death toll from Saudi Arabia’s disastrous air war over Yemen was steadily rising in 2016 when the State Department’s legal office in the Obama administration reached a startling conclusion: Top American officials could be charged with war crimes for approving bomb sales to the Saudis and their partners. Four years later, more than a dozen current and former U.S. officials say the legal risks have only grown as President Trump has made selling weapons in Saudi Arabia, the United Arab Emirates and other Middle East nations a cornerstone of his foreign policy.

The administration’s willingness to enthusiastically aid and abet the slaughter of innocent people to enhance the profits of the fabled merchants of death is a moral outrage. Indeed, the State Department’s Inspector General reported that it “found that the department did not fully assess risks and implement mitigation measures to reduce civilian casualties and legal concern associated with the transfer” of precision-guided bombs used against the Yemenis. The administration also misused its power to avoid congressional review of arms sales by claiming an “emergency.” That was simply a lie, used to shield administration dealings with the murderous Saudi royals from public scrutiny.

A new United Nations assessment of Yemen offers a devastating description of the war. According to the latest Comprehensive Report of the Group of Eminent International and Regional Experts on Yemen, there are no good guys in the fight. Explained the study: “The Group of Experts finds that the parties to the conflict continue to show no regard for international law or the lives, dignity, and rights of people in Yemen, while third states have helped to perpetuate the conflict by continuing to supply the parties with weapons.”

The most important of those third states is America. [Actually given its role the US is better described as a participant to the conflict, rather than a third state.]

Political spectators could use a primer on Yemeni internal politics, which has been unstable and violent for most of the country’s (and countries’, since there originally were two Yemens) existence. In early 2015, incumbent President Abdrabbuh Mansur Hadi was ousted by an alliance between his predecessor, Ali Abdullah Saleh, and Ansar Allah (Supporters of God), or the Houthi movement. The fight mattered little to Riyadh, which preferred Hadi but had long dealt with Saleh. The Houthis were focused on winning internal control and had no external ambitions.

Nevertheless, the Saudi-led Coalition attacked, expecting victory within a few weeks. The experts panel observed: “After six unremitting years of armed conflict in Yemen, the multi-party war continues with no end in sight for the suffering of millions caught in its grip. …Yemen remains a tortured land, with its people ravaged in ways that should shock the conscience of humanity.”

The Yemeni Houthis are guilty of criminal conduct, including indiscriminate artillery and mortar strikes. However, their cruelty pales in comparison to that of the much better armed Coalition. For instance, noted Alex de Waal of the World Peace Foundation:

The fact that the Houthis have stolen, taxed, and diverted food for their own political ends, and, on at least one occasion, also used starvation tactically to military ends (in the siege of Ta’izz) does not detract from the criminality of the Saudi and Emirati campaign. Yemen was already a poor and food insecure country, with a long-standing water scarcity. This would have been well-known to those who planned and administered the starvation of Yemen. If they knew that Yemenis were vulnerable to starvation, was it not particularly reprehensible for them to fight a war of starvation in that country?

Saudi and Emirati air attacks routinely hit civilians. Explained the report: “In its previous mandates, the Group of Experts analyzed a number of coalition airstrikes given their apparently disproportionate impact on civilians. It raised concerns with coalition processes for target selection and execution of airstrikes, and noted a consistent pattern of harm to civilians. During this mandate, the Group verified a further four airstrikes or series of airstrikes involving similar failures to take all necessary measures to protect civilians and civilian objects.”

The Coalition also blockaded Yemen, with predictably horrid consequences. Stated the UN panel: “the continuous deterioration of the humanitarian situation in Yemen is directly attributable to the conduct of the parties to the conflict. In its previous reports, the Group of Experts has documented the disproportionate effects on the civilian population of the de facto blockade and access restrictions, including the closure of Sana’a airport, imposed by the coalition and Government of Yemen.”

All parties, including Washington’s allies, made arbitrary arrests and tortured prisoners:

The Group of Experts continued to investigate arbitrary detention and torture, including sexual violence against men and boys, perpetrated by United Arab Emirates forces prior to their withdrawal from Yemen in mid-2019, at the secret detention facility in Al-Buraiqeh coalition Base, Aden. The Group verified two further cases from that period in which members of the forces raped one man and subjected one boy to another form of sexual violence.

The Group of Experts has reasonable grounds to believe that the Governments of Yemen, Saudi Arabia, the United Arab Emirates and the Southern Transitional Council, to the extent they exercise jurisdiction, and as applicable to each party, are responsible for human rights violations including arbitrary deprivation of life, enforced disappearances, arbitrary detention, gender-based violence, including sexual violence, torture and other forms of cruel, inhuman or degrading treatment, the recruitment and use in hostilities of children, the denial of fair trial rights, violations of fundamental freedoms, and economic, social and cultural rights.

It is bad enough that perpetrators of these barbarities are routinely feted by the White House. It’s far worse that American officials in both the Obama and Trump administrations are directly complicit in these war crimes. The perpetrators should all be prosecuted. Best would be in individual national courts, as the U.S. should have done with Bush administration officials who tortured prisoners. Doing so would have helped atone for Washington’s atrocious behavior and regain global credibility.

Another option would be the International Criminal Court. However, the U.S., Saudi Arabia, and Yemen all reject the ICC’s jurisdiction; Iran and the UAE have signed but not ratified the Rome Statute. In contrast, Canada, France, and the United Kingdom, also cited by the experts group, have accepted the ICC’s jurisdiction. Their officials could be charged. Secretary of State Mike Pompeo threatened to sanction any members of its staff who investigated U.S. personnel but so far has made no similar effort to cover up related crimes by other nations. In any case, the panel could share the results of its investigation with any country courageous enough to prosecute.

As a last resort, other nations could assert universal jurisdiction over war crimes suspects. Belgium, France, Germany, the Netherlands, and Spain all have brought or could bring charges of that sort. Given Washington’s sanctions on Germany’s Nord Stream 2 natural gas project with Russia, Berlin’s prosecution of Trump administration officials for aiding war crimes in Yemen would seem particularly appropriate.

Admittedly, such extraterritoriality is far from ideal, but so long as America did not extradite its citizens—which is unlikely politically—the primary impact would be to sully reputations and discourage international travel. Although minimal penalties, they would still highlight Washington’s criminal responsibility. The target should be civilian policymakers rather than uniformed personnel carrying out the former’s instructions—perversely pitched in the U.S. as helping to reduce casualties.

The war in Yemen is an embarrassment to America, an act of blatant aggression by brutal dictatorships that pretend to be close U.S. allies. Sharing responsibility for this crime are former President Barack Obama and perhaps former Vice President Joe Biden. A couple dozen former Obama staffers published an open letter two years ago admitting: “We did not intend U.S. support to the coalition to become a blank check.” So far no one from the Trump administration has expressed similar regrets.

The Saudi/Emirati aggression against Yemen is almost one continuous war crime. The perpetrators should be prosecuted. The time for immunity is over. The time for imposing responsibility is now.