He will also remain the failed special envoy to Juan Guaido 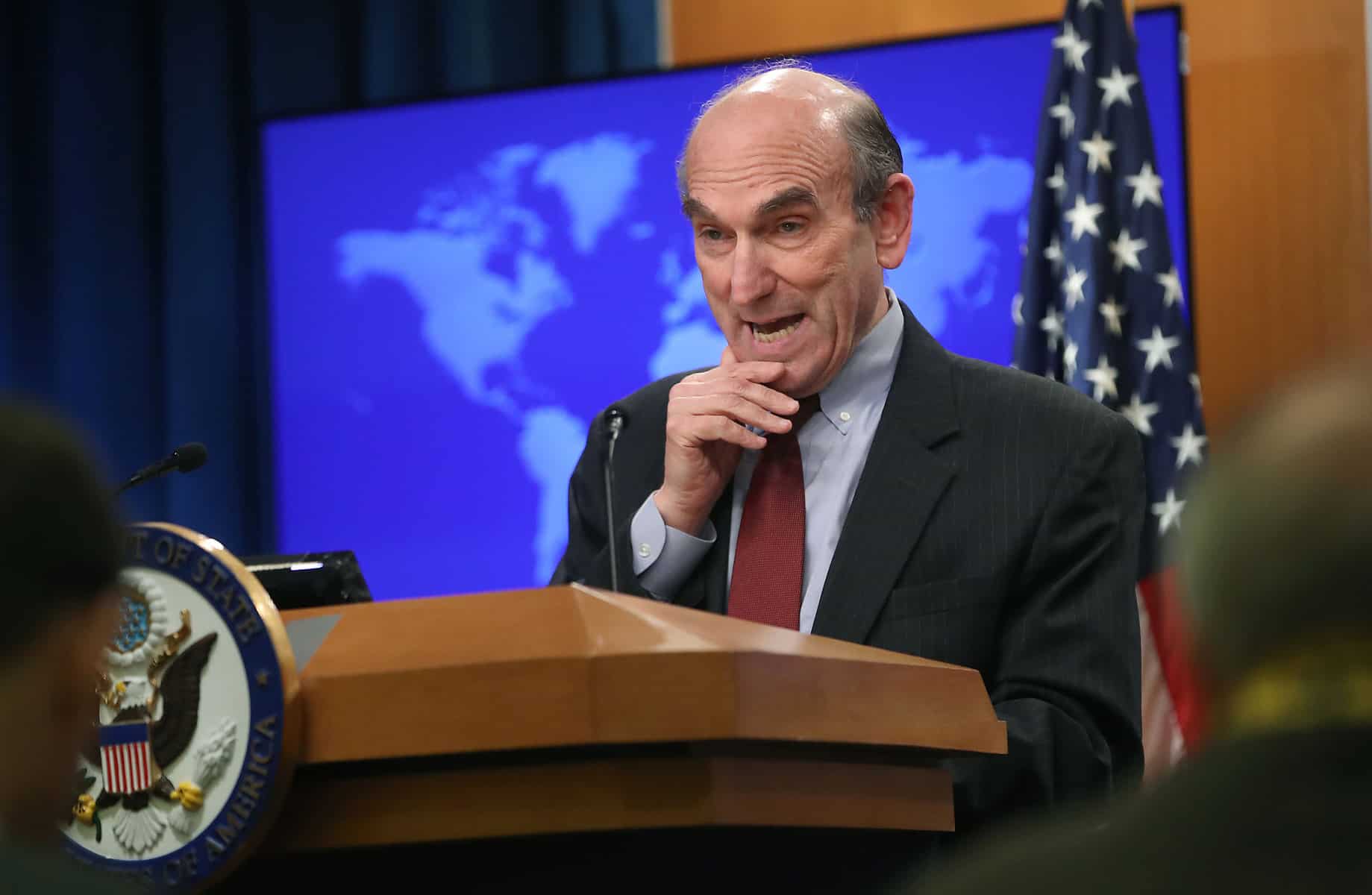 Overseeing the last 3 1/2years of hostility toward Iran, US special envoy Brian Hook has resigned. There is no official reason for his resignation, but some reports pointed to next week’s push at the UN on an arms embargo, which is expected to fail. Hook is being replaced by Elliott Abrams.

Abrams, of Iran-Contra fame, is currently the special envoy for Venezuela regime change, and while that regime change hasn’t happened, he’s going to retain that post on top of the Iran post.

Hook presented his time as a success, saying that even though the US didn’t get any Iran negotiations on his watch, they at least damaged Iran’s economy with constant sanctions, saying he left Iran weaker than he found it. Hook’s consistent bellicosity toward Iran is likely to be stepped up by his successor.

If Venezuela is any gauge, Abrams will continue the “maximum pressure” campaign while at the same time trying to orchestrate some sort of regime change. Officially, the administration says regime change is not their goal in Iran.