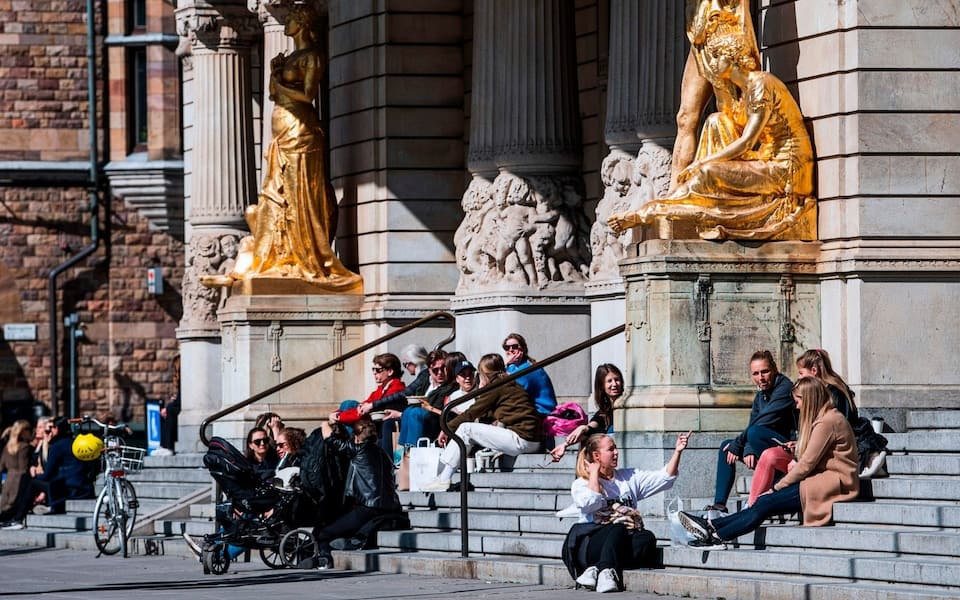 Sweden’s infectious diseases chief has said parts of the country could achieve “herd immunity” as early as next month as debate rages over the rising death toll. [A “mounting” death toll which adjusted for per capita is still just shy of Britain’s and without any of the cost in freedoms, quality of life, livelihoods and heart attacks.]

The country’s laissez faire experiment with coronavirus restrictions has made it a European outlier – drawing intrigue from around the globe.

Data this week showed the rate of new cases peaking for the first time as deaths continued to outstrip neighbouring countries with strict lockdowns. [Who are merely postponing the pain but at an enormous cost.]

Both the architects and the critics of Sweden’s approach – which has left kindergartens, schools, restaurants, cafés and bars open – have both seized on new figures, claiming tentative victories.

Anders Tegnell, the state epidemiologist who has been the figurehead of Sweden’s strategy,  said: “We’re still at the level we were at a couple of weeks ago. There was some kind of peak before the Easter weekend, and now there’s some kind of downturn.” [No “exponential growth”.]

Later that evening he told Norwegian TV’s leading weekly debate programme that the models run by his colleagues at the Public Health Agency of Sweden indicated that the population in Stockholm, the centre of Sweden’s epidemic, could achieve herd immunity as early as next month.

“According to our modellers, we are starting to see so many immune people in the population in Stockholm that it is starting to have an effect on the spread of the infection,” he said.

“Our models point to some time in May,” he added, when asked about herd immunity in the capital. “These are mathematical models, they’re only as good as the data we put into them. We will see if they are right.”

One of the advantages of herd immunity and loose social restrictions is protecting the economy.

But while Sweden has stopped short of forcing the closure of restaurants and bars, card data from Swedbank to be released on Monday shows a “sharp drop in activity in the first two weeks of April”, with restaurants particularly affected, according to Andreas Wallström, the bank’s chief economist.

IMF forecasts this week also predicted GDP would shrink by 6.8 per cent, broadly in line with other more restrictive countries around the continent.

Mr Tegnell’s upbeat assessment came on a day when the number of recorded deaths from coronavirus in Sweden rose 130 in a single day to 1,333. By Friday the death toll had hit 1,400. Sweden’s death rate is much higher than in its Nordic neighbours, but it remains comfortably better off than much more locked-down countries such as the UK and France. 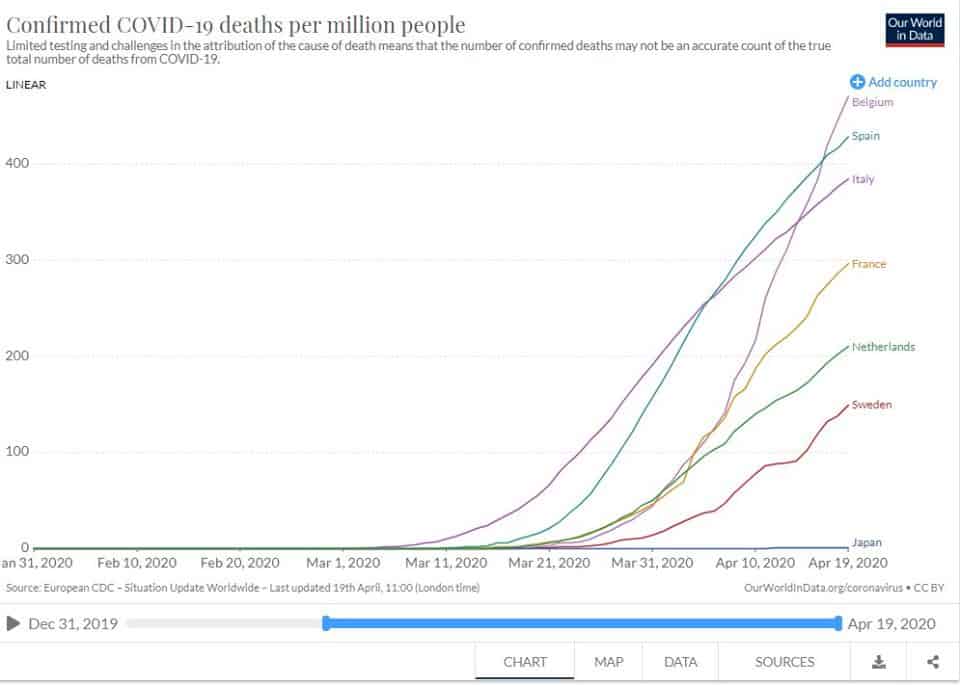 Lena Einhorn, the virologist who is one of the few public critics of Sweden’s strategy [In other words, the strategy has broad backing particularly from Swedish experts.], told the Sunday Telegraph she was incredulous that Dr Tegnell could present this week’s dismal figures as good news.

Even without being ordered into lockdown, Swedes have nonetheless been practising social distancing. Neighbouring countries like Norway and Denmark began lifting social restrictions this week, bringing much of Scandinavia broadly back in line with Sweden.

Einhorn was one of 22 scientists who in a letter published in the Dagens Nyheter newspaper on Tuesday called for Sweden’s government to break urgently with the country’s tradition of leaving decisions to expert agencies, seize control of coronavirus strategy from Dr Tegnell and the agency’s chief Johan Carlson, and impose a similar lockdown to those seen in Finland, Norway and Denmark.

But although the group included some of the country’s most eminent epidemiologists, including several with senior positions its elite Karolinska Institutet medical university, their call has backfired.

Media commentators rounded on them, with one accusing them of “behaving like scandal-mongers”. None of the leaders of Sweden’s opposition parties has risked criticising the Public Health Agency, or attacking the country’s overall strategy.

It is too early to tell whether Sweden’s gamble will pay off, but the country, it seems, is doubling down. [Who’s really the one taking “a gamble” here? Please Stop Saying Sweden Is the One Taking a Gamble. There Is Nothing “Safe” About This Unprecedented Social Experiment]