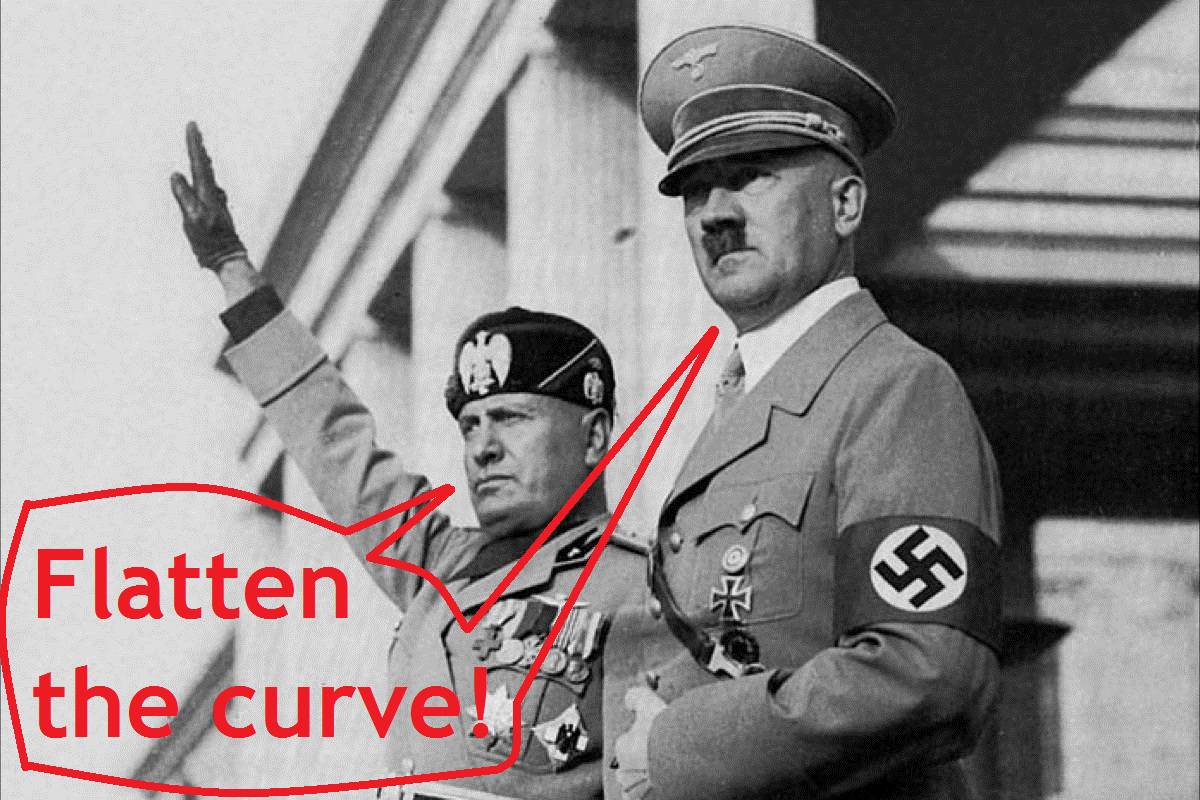 Lockdown killed two people for every three that died of the coronavirus, shocking new government figures have revealed.

It is thought that as many as 16,000 people died because they didn’t get medical care between March 23 and May 1.

The new figures were presented to the Government’s Scientific Advisory Group for Emergencies (Sage) in the middle of July.

They were calculated by the Department of Health, the Office for National Statistics (ONS), the Government Actuary’s Department and the Home Office.

The 16,000 people who died included 6,000 who didn’t go to A&E during lockdown because they feared catching the virus.

Another 10,000 people are thought to have died in care homes after early discharge from hospital and a lack of access to care. [They kicked out tens of thousands of seniors out of hospitals before they had recovered in anticipation of an apocalyptic-level surge of COVID patients that never materialized. Instead, the hospitals stood emptier than ever at 50-60% capacity while 10,000 of the kicked-out seniors perished.]

This would be through waiting longer for non-urgent care and due to the impact of the recession caused by the pandemic.

It comes after a district nurse warned that people suffering from treatable cancers will end up dying because of Government ‘scaremongering’ and an over-cautious reduction of NHS services.

In more bad news, the next five years could see 1,400 people die because they were diagnosed with cancer too late.

Johanna William, 36, from Burton, Staffordshire, suffered abdomen pains in April but did not see her GP because she knew the NHS was ‘overwhelmed’ by the coronavirus and ‘didn’t want to waste their time’.

A CT scan in early June confirmed the chef had two tumours in her adrenal gland spreading to her liver, kidney and spleen – stage four incurable cancer.

Ms William said: ‘I didn’t want to waste the doctors’ time for a tummy ache, the NHS had so much going on.

‘In June the pain got so bad I went to the hospital. Originally they thought they were two cysts but after the radiologists had a look at them they confirmed they were two tumours.

‘I had to wait a week to hear back from the oncology specialist- it was a very long week.

‘I was in shock, it never crossed my mind, a stomach ache could have been cancer. I was thinking I might have eaten the wrong thing or maybe I have an intolerance to dairy or something like that.’

An earlier report by the same team suggested deaths caused by delayed care amid the virus they could be as high as 185,000.

The Government’s report, published in April but largely overlooked until now, found the great majority of the deaths would be attributed to an extended wait for treatment in the longer term.

But up to 25,000 deaths would have come in the first six months because of healthcare delays, according to experts at the Department of Health and Social Care, Office for National Statistics, Government Actuary’s Department and the Home Office.

The figures equate to nearly one million years of life lost unnecessarily, in the worst-case scenario outlined in the report.

And the University of Oxford discovered just weeks ago that 5,000 fewer heart attack patients had attended hospital between March and May.

The report said: ‘Suspending “non-urgent” care is expected to have a short-term health impact in itself, since patients not receiving treatment will have reduced quality of life whilst not receiving these healthcare services.

‘In the longer term their condition is likely to deteriorate without treatment and some could die earlier than otherwise.

It added that the longer services are de-prioritised, the bigger the impact it will have on the nation’s health.

The estimates were based on 75 per cent of elective care being cancelled over six months without a swift return to normality.

In more positive news, it is estimated 2,500 deaths could have been prevented because of the lockdown.

While people were restricted, they led healthier lifestyles, while there were fewer infectious diseases in children, a fall in air pollution and a decrease in road deaths

The new report is the latest to highlight the impact the lockdown has had on Britons, amid suggestions of another national lockdown in the winter during a potential second wave.

Medical organisations have consistently warned of the long term dangers of lockdown and of focusing so much of the NHS on coronavirus.

Professor Neil Mortensen, the president of the Royal College of Surgeons of England, warned that the health service ‘must never again be a coronavirus-only service’.

He told the Telegraph: ‘We have to deal first with the most clinically urgent patients, and then as soon as possible with those who have been waiting the longest.