"Under the threat of punishment, people should be forced to signal to their fellow citizens that they willingly submit"

For some time, the Bavarian Prime Minister Markus Söder had been pushing for a mask requirement in Germany. Since no nationwide consensus could be reached, Bavaria advanced on April 20. The other federal states followed suit within a few days, including my home in Mecklenburg-Western Pomerania, where the coronavirus is the least affected. According to the Robert Koch Institute, there are fewer than 50 positively tested people per 100,000 inhabitants (the national average is 175). So far there have been 15 deaths between Wismar and Greifswald. In Rostock, the largest city in the country with a population of 200,000 , the mayor said this week that they were “corona-free”, there were no new cases.

“Wearing a mouth and nose cover in public is highly recommended. For the area of ​​public transport (buses, trams, taxis) and when entering a shop, wearing a mouth-nose guard in Mecklenburg-Western Pomerania is mandatory from April 27th. “

“Anyone who refuses to wear a mask in local public transport from Monday onwards must expect a fine of 25 euros. This fine also threatens if you go into a shop without a mask and resist an appropriate request to leave the shop, as Prime Minister Manuela Schwesig explained in the afternoon. (…) Schwesig had announced on Tuesday that a mask requirement in shops was initially not planned due to the low number of infections in the northeast. This is also not legally justifiable. If the mask requirement prevails in other federal states, Mecklenburg-Western Pomerania will follow suit. “

In case of doubt, you simply follow the majority. Facts and laws remain secondary. The far-reaching regulation was not discussed in the Schwerin parliament. The last meeting there was anyway already held on April 1 and was mainly due to the misreading of templates and decisions and the subsequent show of hands. Critical discussions – none. Instead , Schwesig said at the meeting :

“We should now overcome and stand together in this crisis, which is typical of democracy, that government and opposition rub and discuss, to help our country.”

The protocol notes at this point:

“Applause from the factions of the SPD, CDU, AfD and DIE LINKE”

The parliament is currently largely missing as a corrective, and that throughout Germany. The new mode of politics is simple: the government decides on measures – and citizens have to obey them (unless a court stops overriding orders ). This approach has little to do with a functioning democracy.

There are considerable questions regarding the medical necessity of the mask requirement. The Federal Institute for Drugs and Medical Devices , which belongs to the Federal Ministry of Health, declares that the health benefits of fabric masks state that a protective effect “is generally not proven”. However, the masks could “support awareness of ‘social distancing’ as well as health-related careful handling of oneself and others”. The authority emphasizes:

“Wearers of the described ‘community masks’ cannot rely on them to protect them or others from transmission of SARS-CoV-2, since no corresponding protective effect has been demonstrated for these masks.”

That means: the masking hardly helps, but it keeps the fear level high. Virologist Christian Drosten put it this week:

“Masks are a complement to the measures and a reminder for everyone of the seriousness of the situation!”

Until a few weeks ago, the Robert Koch Institute (RKI) [the Federal disease agency] held the same position as the Federal Institute for Drugs and Medical Devices and declared that a mouthguard is unnecessary in everyday life. On February 28, RKI Vice President Lars Schaade said there was “no scientific evidence” that it would make sense. The same Lars Schaade is now strongly recommending mask wearing this week, in the spirit of the government, of which his authority is a part.

The RKI tries to scientifically underpin its change of course. In a document published on April 14, entitled “Mouth and nose covering in public space as a further component for reducing the transmission of COVID-19”, it is said that there was a “reassessment” internally. The agency relies on a recent study by researchers from Hong Kong, which shows that wearing a fabric mask would lead to a “relevant reduction in the excretion of respiratory viruses via exhaled air”.

If you take a closer look at this study , the picture is far from being as clear and unambiguous as the RKI suggests. The researchers examined the protective effects of various types of virus and found:

“Our results suggest that surgical masks can effectively reduce the release of influenza virus particles into the environment in breath droplets, but not in aerosols. (…) With rhinovirus, there were no significant differences between the detection of the virus with or without a face mask, both in breath droplets and in aerosols. ”

This means that a general protective effect of such masks against viruses has not been established. However, the RKI bases its current “reassessment” on this study.

In addition, there are health problems due to wearing the mask. For example , several years ago, an investigation showed that increased breathing in of the exhaled air significantly increases the CO2 concentration in the blood of wearers of fabric masks. This leads to poor concentration, tiredness and generally reduced physical and mental abilities.

“The epidemic is already over”

Doctors like the president of the World Medical Association, Frank Ulrich Montgomery, warn of the new regulation, which is more of a shame than a good thing. Resigned, Montgomery says : “But what can you do with rational arguments against the overbidding competition of federal state politicians?”

Knut Wittkowski, one of the world’s most respected epidemiologists, also fundamentally questions the meaning of the measure. The physician, who had been head of the department for biostatistics, epidemiology and research design at Rockefeller University in New York for 20 years, said in an interview with the KenFM portal on Friday what the benefits of a mask requirement are:

“It doesn’t do anything. The epidemic is already over. The virus no longer circulates to a relevant extent in the population. Introducing the mouthguard at a time when there is no longer a virus is a bit strange. (…) Everyone can look at the data and see: Germany is over the hill, just like all other European countries. “

( Supplement April 25: The interview with Knut Wittkowski was deleted a few hours after the publication of Youtube. It can currently be found here .)

Apart from the lack of a medical sense, the basic taboo-breaking of the measure is to force all citizens, publicly and visibly for everyone, to show that they are afraid of the — hardly circulating — virus and blindly follow the government.

Under the threat of punishment, people should be forced to signal to their fellow citizens that they willingly submit — regardless of how dubious or nonsensical the ordered measure is objective.

The foreseeable result of the obligation to wear a mask is therefore even more immaturity, passivity, discouragement and fear among the population — presumably a condition that fits well into the concept of some political actors .

“People have slowly forgotten that democracy is something you always have to fight for. If you stop actively promoting democracy, people’s rights will be restricted. We see that very clearly now. I hope that this experience will result in people being more active in democracy in their country. ”

If they are not sheep, then don’t wear a mask, and when you get a fine, don’t pay it. You could also tear it up in front of them, but then you might get arrested. If you are arrested for not paying the fine, go to court and make a judge support this unlawful order.

Really think this out, simple cloth and paper masks are used by surgeons to stop them infecting their patients while operating — it suppresses the force of their breath and catch’s moisture from the lungs (the main carry of virus.

Face masks do not protect the wearer, they protect others from the wearer. If we all wore this outside the home, and washed our hands when flu or any other virus was in its early stages, it would isolate the disease.

Saying this here will not be welcomed, I am no libertarian, totally anti-corporate and anti-American, and also lost my career and was blacklisted in the 1980s because a simple low grade staph infection (anti-biotic resistant), that Florence Nightingale could have stopped, was then confined toi two hospitals, but instead of treating nurses working on that ward, they sent them into surgical wards, falsifying test results because if positive the nurses needed to take a week off.

Sound familiar? it is now in every hospital, contributing to deaths and injury of thousands a year (the lesions in people of poor health do not heal, that is all it does), a disease so mild I doubt that a single death could be attributed to it alone.

Why all the fuss about this virus? Has nothing to do with kill rates; it is because no one is being told that this sleeping-dog virus; a hyper-mutating virus; derived from Australian flying foxes (a number of people died in Queensland, bat droppings in horse feed bins hand-to-mouth contact); the disease was novel then, but for the past two decades the US has had to play with it.

This virus appears to be an escaped bio-weapon, not a released weapon, but one of many US accidents leading to the closing down of a military research station in mid 2019. The broken-glass opaque lung xrays, identical to the current virus, were published as the results of vaping.

This military angle is why the panic set in, China, Russia, Iran and others in the ‘bad books’ don’t want WWIII so they fixed the problem as a state of emergency measure and quarantine hard and early and backed this up with testing, first the sick and then areas (vital for isolation).

The Western allies were told not to worry and that they must keep the alliance intact. The ineptness that followed is all of their own. Governments picked for obedience do not tend to be very bright. Australia like all of them have intelligence agencies fanatically loyal to the US, equally traitorous to their own country; Australia can boast just such a 5th column has been a very effective investment.

Just try a different viewpoint, ally the anomalies, there are plenty, see if this makes better sense of events as they have unfolded. The corporate world is run by managerial idiots, note how the West has behaved; knew jerk, ignorant flip-flopping, time delayed and monumentally ineffective. Lock-down is overkill, but my government is so useless heavy handed responses are the best it can do — they can’t even organize tests or mask distribution; do you think they could run an actual quarantine? Really!

Vantage point is critical, but one sided fits the temper of the times fact mongering is not smart. Asking how well face masks protect the wearer is asking the wrong question.

Thank GOD ALMIGHTY! The Face Mask has arrived to cover up that hideous face of arrogance, hatred and hypocrisy 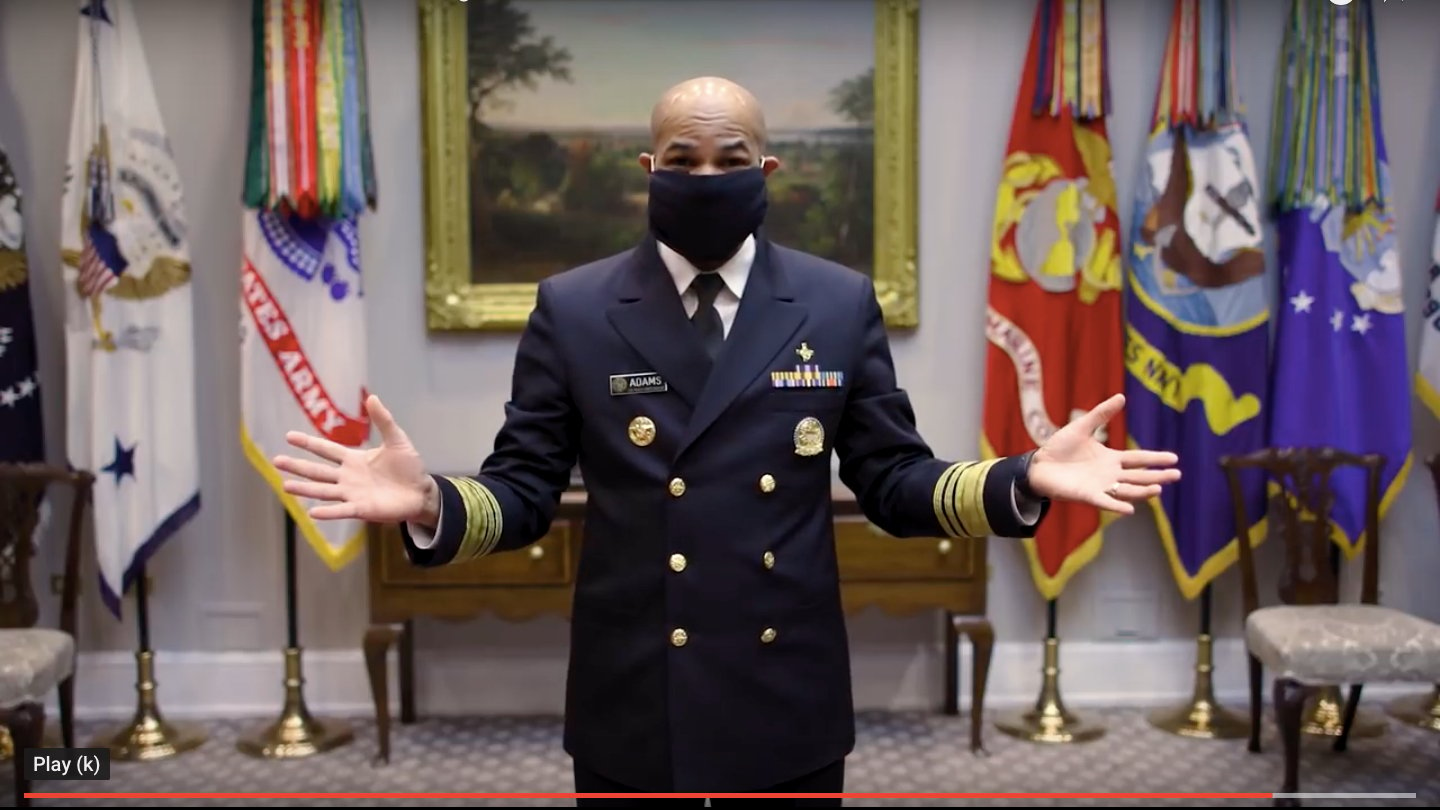 The question I would have is, at what point would it be determined (the official story) that masks are no longer needed? Or is this to be a permanent installation in society? Moving us towards burkas?

well….at least CCTV will now be effectively useless and it will make it a hell of a lot easier to rob banks now LOL….

“In addition, there are health problems due to wearing the mask. For example , several years ago, an investigation showed that increased breathing in of the exhaled air significantly increases the CO2 concentration in the blood of wearers of fabric masks. This leads to
poor concentration, tiredness and generally reduced physical and mental abilities.

Speaks for itself. Add fluoride and you have a mobile zombie.

-1
Reply
Thank you! Please check your inbox to verify.