Interests of Moscow and Kiev find themselves briefly aligned

Last week Zelensky claimed that Russia had “destroyed” 30% of Ukrainian “power stations” in a week of cruise missile attacks. Ukrainian state TV followed by broadcasting from a candle-lit studio.

This was very strange behavior from Kiev. Strange from a couple of different angles:

According to the open-source stuff I saw, Russia had almost exclusively been hitting power distribution rather than power generation. Transformer stations rather than power plants. So how could Russia have destroyed 30% of power stations of this very large country when it largely hadn’t even been targeting them? Very Strange.

Indeed, electricity generation data that Ukrenergo supplies to the International Energy Agency did not show any decline in the week Zelensky referenced. More strangeness. (Data shows remarkably stable power output since March. The drop in late February is due to drop in demand connected to seasonal factors and the outbreak of war.) Sure, Ukrenergo is not the country’s only power provider, but it is the biggest one. You would expect some of the 30% drop to occur among its plants.

Another weird thing. Ukraine prescribes harsh penalties for filming and publishing cruise missile impact sites. This is done to keep up morale and deny the enemy damage assessment data. Yet here was Zelensky both sharing demoralizing news and letting the enemy know how effective its strikes had been. Most strange.

Same thing with the national broadcaster. There was energy enough to film and to broadcast so was switching off the lights really necessary? How much did that save? You would think that even if there was a much deeper power shortage of say 80%, that state TV is one of those strategic assets that would be supplied until the end, and the last to feel it. But strangely not in Ukraine.

The episode reminds me of the period of May-June when Kiev suddenly started advertising its military losses. Ukraine went from being (similarly to Russia) very reluctant to disclose its daily KIA rates to suddenly talking about them once per week. On May 24 ( when it said it was losing 50-100 daily), on June 1 (60-100), June 9 (100-200), June 10 (100). This period of seeming openness coincided with a very aggressive push by Kiev for more weapons (which happened as first HIMARS arrived next month).

I can not tell you what game Zelensky is playing here. That’s for you to decide. But I can tell you what incentives he is subject to. Where the domestic audience is concerned his incentive is to moderately downplay blows suffered by Ukraine and to contextualize them.

But where the Western audience is concerned his incentive is to zoom in on the damage sustained by Ukraine and wildly exaggerate and promote it. Whether it is Bosnia, Kosovo, Darfur, Libya, Syria, or Rohingya, whenever someone is courting greater Western intervention they have an enormous incentive to play up their suffering.

For Kiev saying that Ukraine lost 30% of its electricity in a week makes for a strong argument that West should supply it with air defenses and urgently so!

Now Zelensky can say that a gift of air defenses would actually be saving the West money, as it prevents a Ukrainian economic collapse, that would cost the US and EU even more in aid billions.

Would such air defense aid be worth massaging the truth a little bit and getting the state TV to put on a bit of a show?

Zelensky tweets in both Ukrainian and English. Often the same statement will be tweeted in both languages. The 30% claim was published in English only. 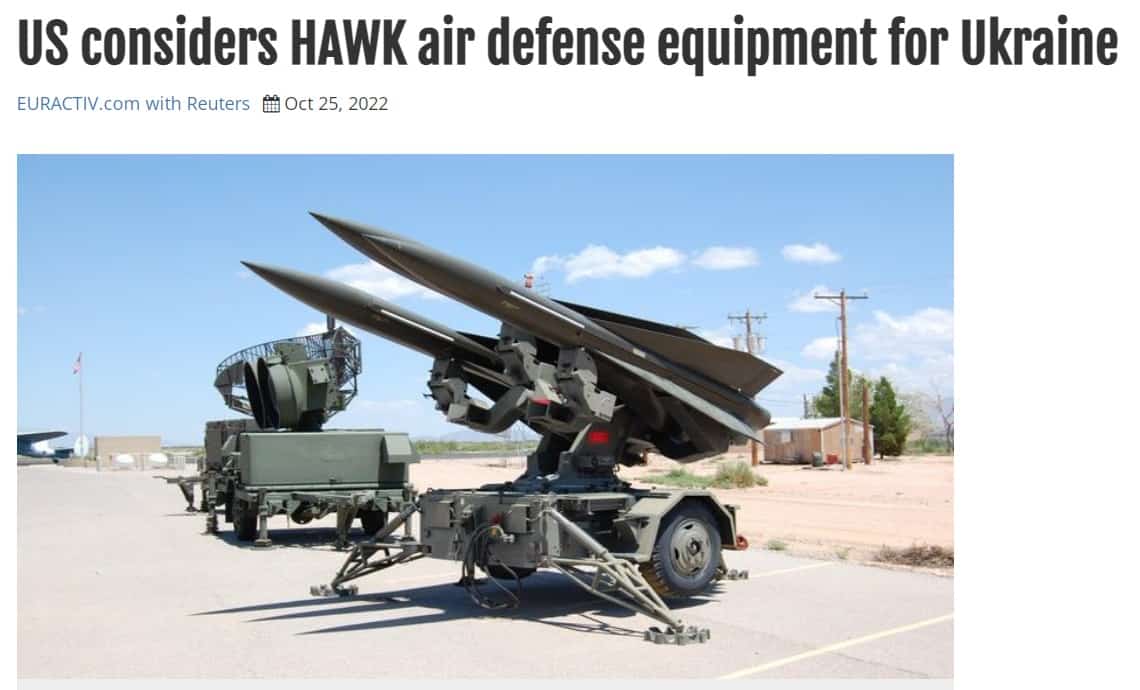 Did Russia really “destroy” 30% of Ukraine’s power stations? Maybe. After all, on October 10 Ukraine declared it would stop exporting power to Europe. But the head of DTEK, the country’s largest private power provider (owned by oligarch Rinat Akhmetov), explains this is actually connected to preserving gas and coal stocks to shield against future uncertainty.

Rather it could be that Moscow and Kiev briefly found their interests aligned. Moscow gets to say it responded to the Crimea bridge attack forcefully, and Kiev gets more ammunition for why it needs yet more support from the West.

After all, the decrease in demand for power since the war started has left Ukraine with a sizeable excess capacity, particularly thermal power. Even if it had lost a chunk of its power generation (a loss that somehow didn’t appear in Ukrenergo’s stats) it should have been able to make up for it by temporarily powering up the under-utilized coal-fired plants. (Whose owners complain it is impossible for them to turn a profit.) 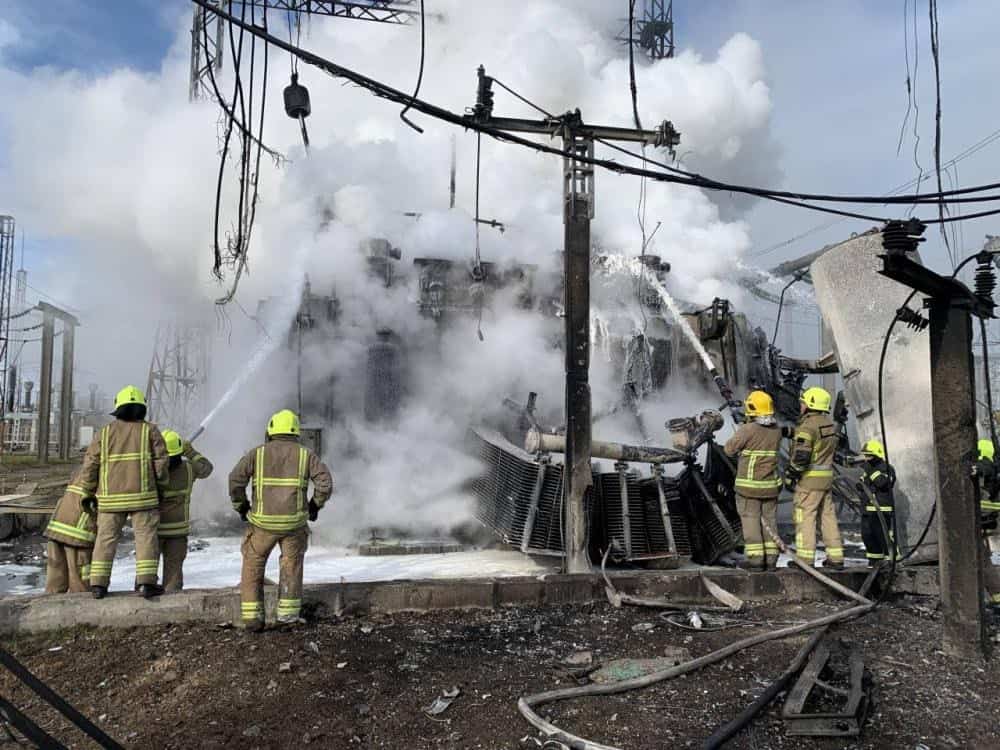 Indeed, Ukraine’s excess power-generating capacity might be the reason why Russia targeted power distribution rather than power generation in the first place. If the other side has excess generation it would take numerous strikes just to get it down to 100% and the immediate effect on consumers would be null.

My guess is that there is real damage to some of the distribution grid, and that is what is behind the blackouts which are local, but the only sizeable damage to generation has been the physical capture of Energodar NPP in February and the end to the import of Russian anthracite.

Zelensky should have said that Russia had destroyed 30% of transformer stations and it would have been somewhat more believable. Or that 30% of the plants had been severed from the grid.

And that would have still been an exaggeration.

Another kind of Russian terrorist attacks: targeting 🇺🇦 energy & critical infrastructure. Since Oct 10, 30% of Ukraine’s power stations have been destroyed, causing massive blackouts across the country. No space left for negotiations with Putin's regime. @United24media pic.twitter.com/LN4A2GYgCK