“The Russians Promised to Stay Forever… Then Surrendered the Entire Territory in 4-5 Days”. 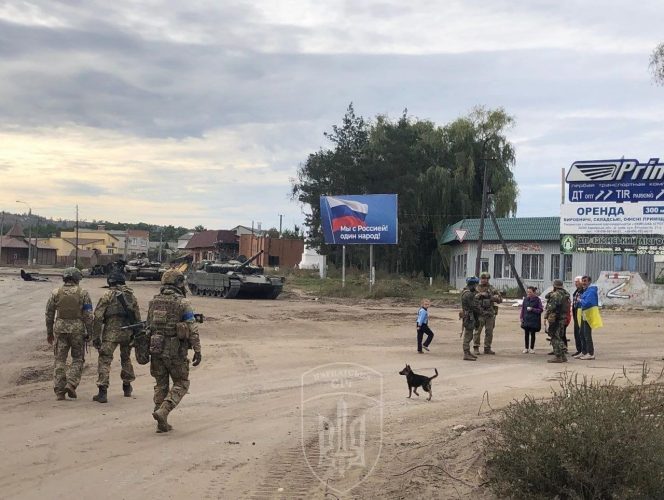 “What is Happening in Ukraine, Though?”

You ask and I answer.

In short, Russia lost the entire area around Kharkev/ov/iv. They didn’t put up much of a fight, just some rearguard action and some units had to battle desperately to break through the Ukrainian envelopment.

The 5D dunces who were talking about how this is a Russian trap have some explaining to do. How much longer until the so-called trap is sprung? How does one spring a trap exactly when one is outnumbered 3:1 if not more over a vast territory?

Cannae, by the way, has been studied by military commanders since the days of antiquity and the conclusion of smart military commanders was that it was a total hoax. Hannibal simply couldn’t have pulled off the encirclement (cauldron in modern parlance) if he was as outnumbered as the accounts claim. Expecting the Russians to outdo Hannibal was a bit much, but the 5D dunce-bloggers were poo-pahing anyone who was stating the obvious about the Russian defeat in Kharkev.

The Russians took the region after months of hard fighting, promised to stay forever, put up a statue of a red-flag-waving grandma (cringe) and then surrendered the entire territory in 4-5 days. Here’s where we’re at right now. 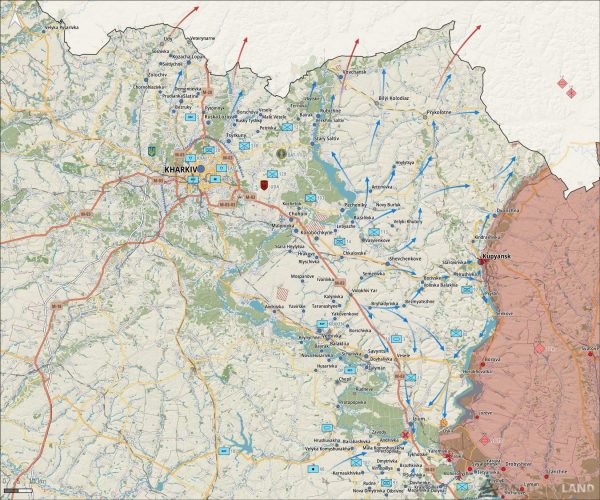 No trap anywhere. The Russians are just trying to shore up the new line of defenses. And they remain just as outnumbered as before.

Time to wake up and smell the roses, folks. 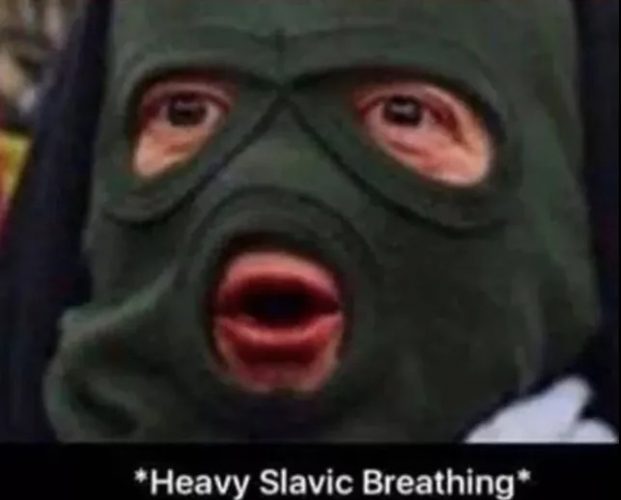 Yes, Ukraine suffered some hits to its energy infrastructure soon after. Funny thing about that though – the Ukraine’s grid was built to service 55 million people and with multiple redundancies. There are, what, 25 million people in NATO-occupied Ukraine now? It’s going to be very hard to knock out the energy infrastructure and get it to the point where the whole country goes black. I suppose other targets like water treatment plants are a possibility. But, what is the point in subjecting the population to misery? It comes off as petty, malicious and spiteful.

It could only be tolerated if it was done in the first weeks to achieve a decisive victory and then fixed up. Doing it now accomplishes what, exactly, other than harden regular Ukrainians to the Russian cause?

But perhaps the 5D dunces celebrating the ineffectual strikes on Ukrainian infrastructure know something that I do not. After all, plebs like me are simply too bound by the constraints of logic and common sense.

Nothing is going to cardinally change in Russia’s favor until more troops are committed to Ukraine by Russia. But, to do that, the political situation in Russia needs to change. Someone or something is holding back the mobilization of the full might of the military. I’m not even talking about full mobilization i.e., calling up all the young men to serve, mind you. It’s easy to get confused. But, basically, Russia has more than 150 thousand men in its military. Why not use some of them?

Here, we can only speculate why.

Fear of escalation? Already a done-deal at this point, no?