As Media Fans Coronavirus Fears the Flu Has Already Killed 10,000 This Season in the US Alone 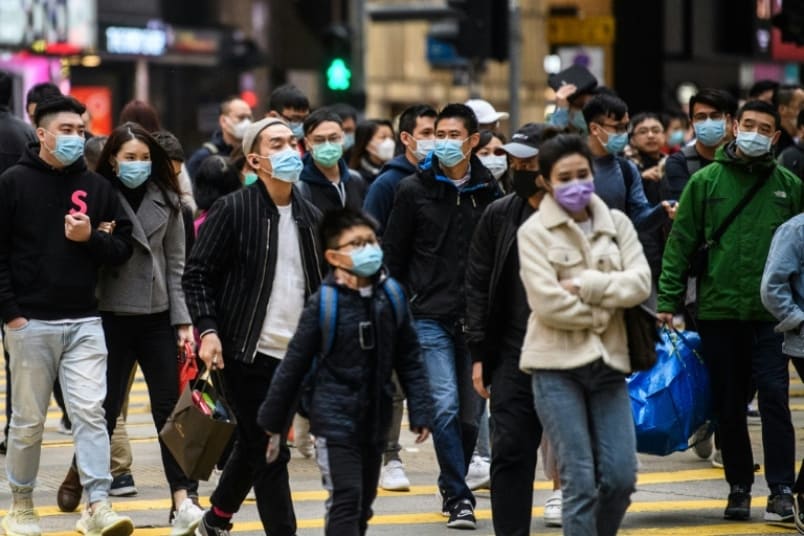 While the new coronavirus ravages much of China and world leaders rush to close their borders to protect citizens from the outbreak, the flu has quietly killed 10,000 in the U.S. so far this influenza season.

At least 19 million people have come down with the flu in the U.S. with 180,000 ending up in the hospital, according to the Centers for Disease Control and Prevention. The flu season, which started in September and can run until May, is currently at its peak and poses a greater health threat to the U.S. than the new coronavirus, physicians say. The new virus, which first emerged in Wuhan, China, on Dec. 31, has sickened roughly 17,400 and killed 362 people mostly in that country as of Monday morning.

“In the U.S., it’s really a fear-based on media and this being something new,” Dr. Jennifer Lighter, hospital epidemiologist at NYU Langone Health, said of the new coronavirus. “When in reality, people can take measures to protect themselves against the flu, which is here and prevalent and has already killed 10,000 people.”

The coronavirus outbreak, however, is proving to be more deadly than the flu. It has killed roughly 2% of the people who have contracted it so far [The article itself explains later on why that isn’t actually true.], according to world health officials. That compares with a mortality rate of 0.095% for the flu in the U.S., according to CDC estimates for the 2019-2020 flu season. The CDC estimates that 21 million people will eventually get the flu this season.

“Two percent case fatality is still a tough case fatality when you compare it to the case fatality for the seasonal flu or other things,” Dr. Mike Ryan, executive director of WHO’s health emergencies program, told reporters Wednesday.

“A relatively mild virus can cause a lot of damage if a lot of people get it,” he added. “And this is the issue at the moment. We don’t fully understand it.”

Though some health-care professionals and analysts believe the number of coronavirus cases to be much higher, which would mean a lower mortality rate.

“I think we’re going to find that the mortality number is going to be lower,” Lighter said. “There is more than likely many times that number of people that have mild (cases) or are asymptomatic.”

“It may end up being comparable to a bad flu season,” Lighter added.

If that’s the case, that would bode well for the virus’s mortality rate, pathogens specialist Dr. Syra Madad told CNBC’s “Squawk Box.” It would bring the mortality rate much lower, she pointed out, if there were 100,000 cases and only 362 deaths rather than 10,000 cases with 362 deaths.

“If we’re saying over 100,000 cases, the overall severity of the disease goes down,” she said. “The risk to the general American public is low,” Madad said, though it’s still “very concerning.” 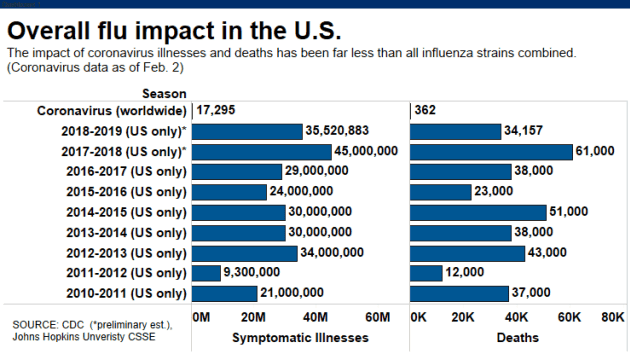 For now, Lighter stressed that the public should focus on the flu, which is affecting children especially hard this season. She urged people to get their flu shots, if they haven’t already, and practice good hygiene. If they’re near someone sick, she said to stand three feet away at all times.

“We are prepared at NYU to see patients that have coronavirus,” she said. “But we need to remain focused on our patients in our hospital.” 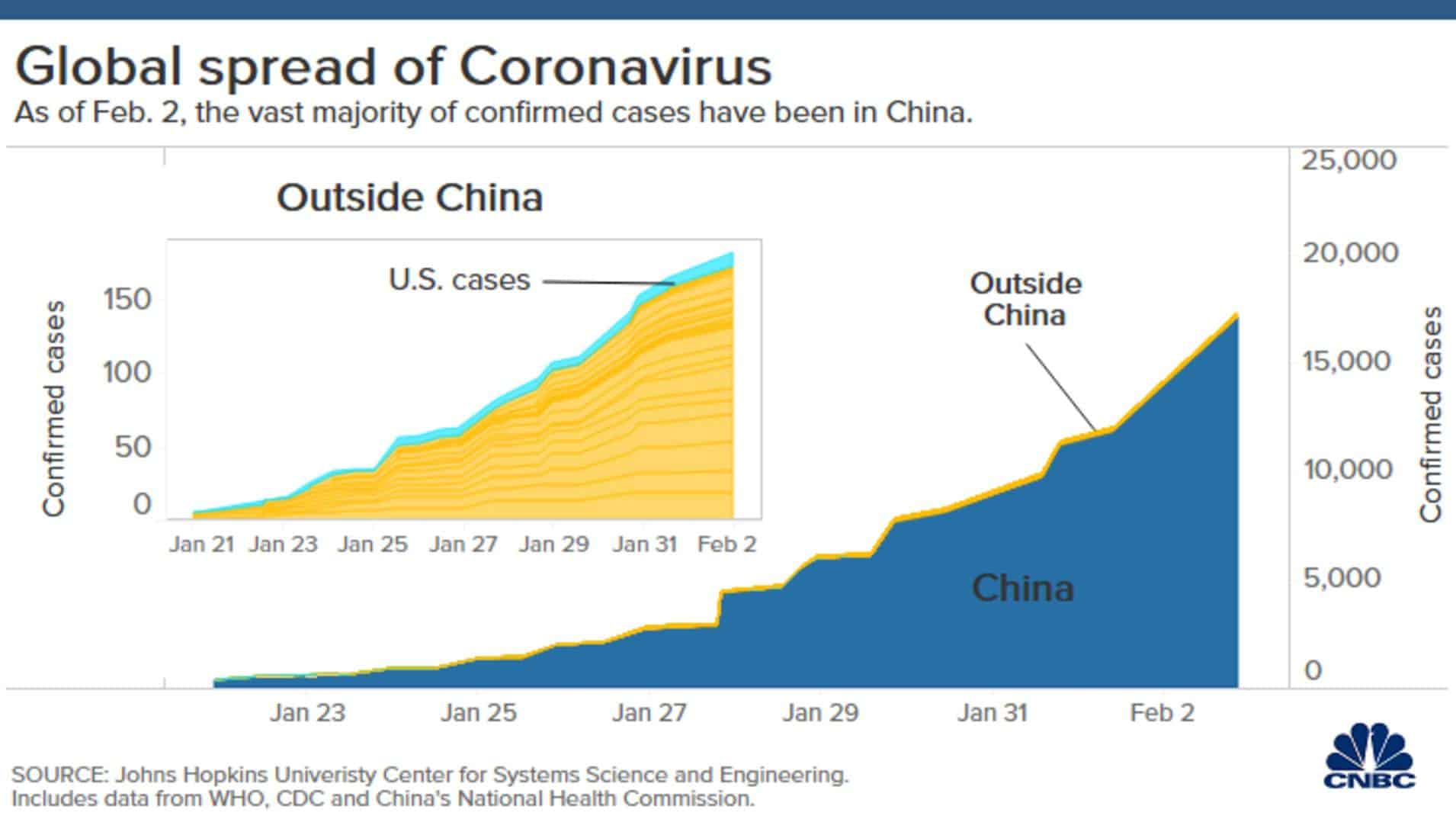