They wouldn't back down 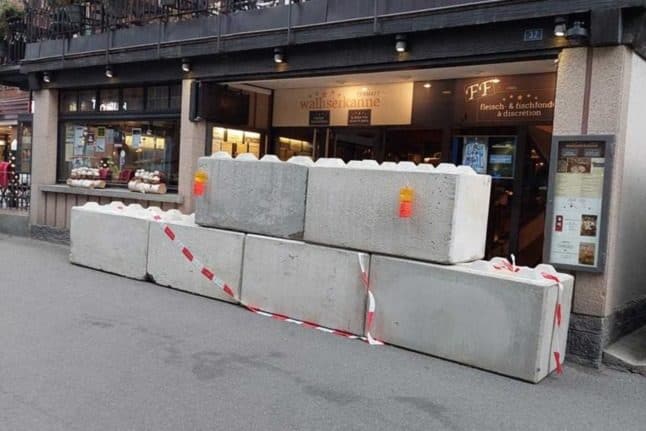 Three restaurateurs in the Swiss mountain resort of Zermatt have been arrested for ignoring orders to shut up shop after refusing to check their clientele’s Covid certificates.

On Sunday morning the police arrested the three owners. The establishment had been ordered to close on Friday for two weeks by the cantonal government for violating regulations on Covid certificate obligations for diners. The doors of the restaurant were officially sealed and concrete blocks were placed in front of the entrance.

In Switzerland in Zermatt, a restaurant owner refused to impose the health pass on customers. He was ordered to close. It remained open despite this. The police put concrete blocks in front of his restaurant. Despite this it has remained open. He was arrested… pic.twitter.com/7RoMmmDCaO

Over the weekend, police conducted repeated inspections, but the restaurant owners continued to serve customers.

They improvised a bar on the concrete barriers put in place by the authorities. The restaurant became a site for demonstrations by those against Covid restrictions imposed by the authorities, including the Mass-Voll movement that has been organising protests across the country.

Since the entry into force and subsequent extension of the Covid certificate requirement, the cantonal police of Valais, in collaboration with the regional police of Zermatt, has inspected the restaurant several times and had already denounced it to the public prosecutor’s office for proven violations of the Covid ordinance, the police said in a statement. The canton’s public prosecutor’s office has opened a criminal [intimidation] investigation.

Meanwhile, in @zermatt_tourism Family-ran restaurant #Walliserkanne refuses to serve only people having a #CovidPass – everyone is welcome. @PolizeiWallis covered its entrance with these blocks 😳 then arrested the owners, one of which landed in a hospital. Is this public health? pic.twitter.com/2KwUDOScym