Trump sitting on its oil fields, the Empire intercepting incoming tankers, and SEALS types blowing up its key oil infrastructure... 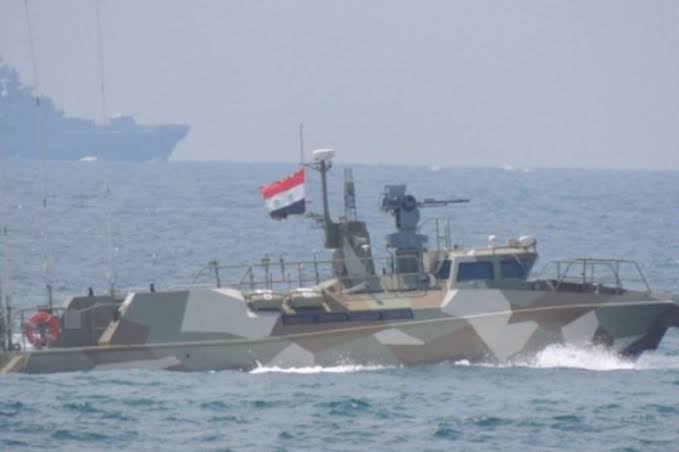 The Russian military has transferred one of their patrol ships to the Syrian Navy after a bizarre attack on the country’s oil pipeline in the Mediterranean caused serious issues for the government.

According to reports, the Russian Armed Forces transferred one of their Raptor patrol ships (Project 03160) to the Syrian Navy after the attack on the oil pipeline near the Baniyas Refinery in the eastern Mediterranean in August.

“The Raptor (Project 03160) high-speed patrol boats are designed and being built by Open JSC Pella Shipyard based in Leningrad, Russia. The boat can be deployed in a wide range of missions, including patrolling, search-and-rescue, anti-sabotage and anti-terrorism. It can transport up to 20 crew members of distressed ships or aircraft and has the ability to intercept and arrest light ships.

The Russian Navy plans to procure a series of eight boats by 2015. Four of them were rolled-out in 2014, while the remaining four are scheduled to be launched in 2015. The boats will be operated by the Russian Navy’s Black Sea Fleet and will be based at the Leningrad Naval Base.”

The Syrian Navy has been seen using this ship on several occasions in the last month.