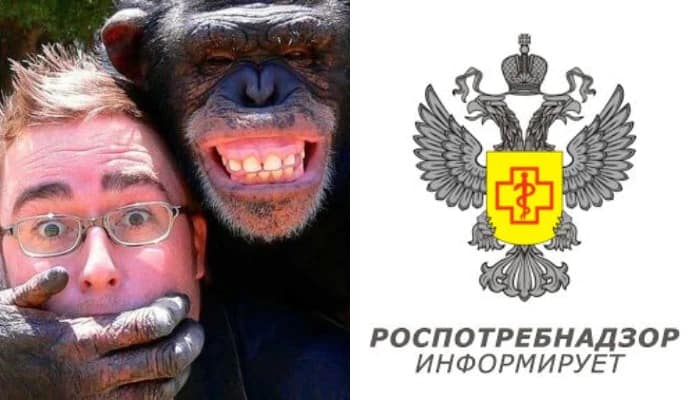 Last week we reported that Russia’s State Scientific Center for Virology and Biotechnology (“Vector”) had created a test for monkeypox in an effort to “assist the World Health Organization in developing advanced methods for rapid diagnostics.”

However, an even more impressive triumph of public health somehow escaped our radar.

On May 18, Rossiyskaya Gazeta revealed Vector was registering a “fourth-generation” smallpox vaccine:

The OrthopoxVac vaccine is a preparation based on a weakened live vaccinia virus for the prevention of smallpox and diseases caused by related orthopoxviruses. Rospotrebnadzor [the federal agency that operates Vector] explained:

“The vaccine was obtained by successively ‘turning off’ six virulence genes in the original virus and is a genetic composition that forms stable immunity and at the same time has a high safety profile.”

Anna Popova, the head of Rospotrebnadzor and also Russia’s de facto COVID nanny, gave an interesting update on May 25.

According to Popova, there’s currently no need to carry out mass inoculation to protect against the monkeypox scourge. She further stated that anyone who has received a smallpox shot is shielded from this new potential health threat.

But then she added this:

Three vaccines against smallpox are registered in Russia, all of which work well, but “each of them is very difficult to tolerate [a weird euphemism for ‘side effects’]” Popova said.

“Also, Vector has developed a new generation of reactogenic vaccine which does not cause strong reactions, and three weeks ago it was submitted for registration to the Ministry of Health. The documents were submitted, the full dossier for registration,” she said and added that it is currently under search for a partner for production in Russia.

Yes. To sum up: It is not currently necessary to mass-vax Russians. But if for some reason it does become necessary, we created a safe and effective genetic shot in less than a month (??) because the already registered drugs can cause unpleasant side effects.

But also, how did Popova make this miracle slurry so quickly? If she applied for registration three weeks ago (from May 25), that would mean it was ready to go in early May—when the first “case” of “monkeypox” was reported. How is that even possible?

Or it was this genetic slurry just sitting on a shelf, waiting to be registered? Why do that? Why not register it immediately? HELP US UNDERSTAND.

It’s all very science-y. By the way: Anna is an unapologetic WHO-lover who cannot stop dreaming about nibbling on Dr. Tedros’ toes.

But watch out, Popova! You have competition:

State-owned defense conglomerate Rostec has teamed up with Microgen (part of Rostec’s Nacimbio pharmaceutical holding) to create its own high-tech smallpox vaccine.

In 2018, Nacimbio was designated the sole supplier of vaccines for Russia’s National Calendar of Preventative Immunization. (We couldn’t confirm if it still has this distinguished honor as of 2022.) In June 2020, the firm partnered with Russia’s sovereign wealth fund (RDIF) to develop coronavirus therapies.

For those who don’t know, RDIF is invested in a number of curious COVID “treatments.”

Vaccine cocktail advocates, we were the 1st to start joined trials with AstraZeneca in February and will be announcing more collaborations soon. We urge other vaccine producers to join forces with us for mix & match trials. This is the way to immunity for the global community! https://t.co/SVToGxysmH

Meanwhile, Alexander Gintsburg—Russia’s Anthony Fauci—is up to his usual shenanigans:

So… when does Russia leave the WHO and purge its “health” ministry? It’s kind of time sensitive.