Are those who have studied (and therefore resided) abroad now barred from top offices of the state? 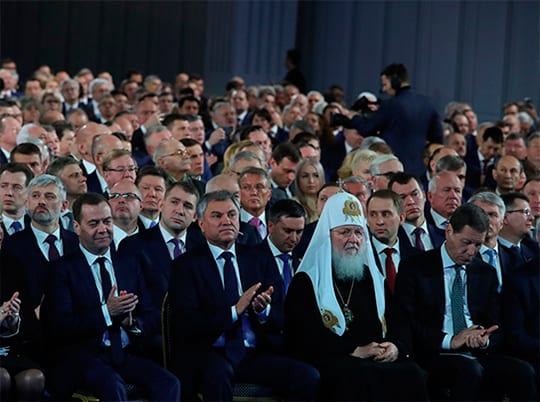 Representatives of high-ranking Russian officials have amicably started to abandon their foreign citizenship and residence permits. One by one, officials disown foreign passports and property after Putin foretold a constitutional ban on second citizenship. But the question remains: what should the children of other officials who successfully study abroad do? After all, now they are effectively deprived of the chance to come to power.

“Indeed, I believe that it is time to make some changes to the basic law of the country that explicitly guarantee the priority of the Constitution of Russia in our legal space,” announced the head of the country to elites and people through TV.

“What does that mean?” he asked. And he answered that question himself. Rather, he proposed innovations to the basic law of the country: heads of subjects, members of the State Duma, deputies of the State Duma, the head of the government and their offices, federal ministers, heads of federal bodies, and judges cannot have foreign citizenship, a residence permit, or other document that allows permanent residence on the territory of another state.

Putin proposed to impose even more severe restrictions on the future president: to establish the requirement of permanent residence in Russia for at least 25 years and the absence of foreign citizenship or residence permit in another state.

“…And not only at the time of participation in elections, but also at any time before,” he specified.

After this, officials started to amicably abandon their foreign assets and passports. An example of this is the Acting Minister of Labour and Social Protection Maksim Topilin, whose subordinates stated that he did not and could not have a residence permit in Bulgaria.

This was followed by the Acting Deputy Chairwoman of the Government of the Russian Federation Olga Golodets, who earlier was allegedly caught in possession of a residence permit in Italy. She has a 220 sq.m. house in Switzerland (50% shared ownership) and a 250 sq.m. apartment in Italy (33% shared ownership).

But it appears that assets abroad for the country’s top elite are now not as scary as a residence permit. “Olga Yuryevna has nothing of the kind. This is prohibited by the law on civil service,” said the press service of Golodets on January 16th.

The issue is much more serious with the children of high-ranking politicians and public figures, deputies, and simply rich Russians whose children study abroad and have at least a student residence permit.

For example, Ilya Medvedev, the son of former Prime Minister Dmitry Medvedev, wanted to study at Massachusetts University in the US… The daughters of former Deputy Speaker of the State Duma Sergey Zheleznyak already study abroad: Ekaterina – in a Swiss school, Anastasiya – at the University of London, his youngest daughter also lives in Great Britain. The daughter of the press secretary of President Dmitry Peskov Elizabeta studied in France, and his son Nikolay lived in Great Britain. It has already been reported that the son of new Prime Minister Mikhail Mishustin is studying in Switzerland.

We can continue this list for a very long time. And every time it will contain the names of high-ranking children. And studying abroad automatically implies permanent residence there.

It turns out that for all of them Vladimir Putin decided to close access to state power and working in state departments and institutions. And most importantly, none of the children of the Russian elite who have studied abroad will certainly ever be able to become president.

It turns out that Putin has dealt a serious blow to the political class, which, on the one hand, wanted their children to study abroad, and, on the other hand, saw them as a change in Russia’s leadership. It seems that now the elite will have to give their children to the Golden Section, although this, to be honest, is difficult to believe.