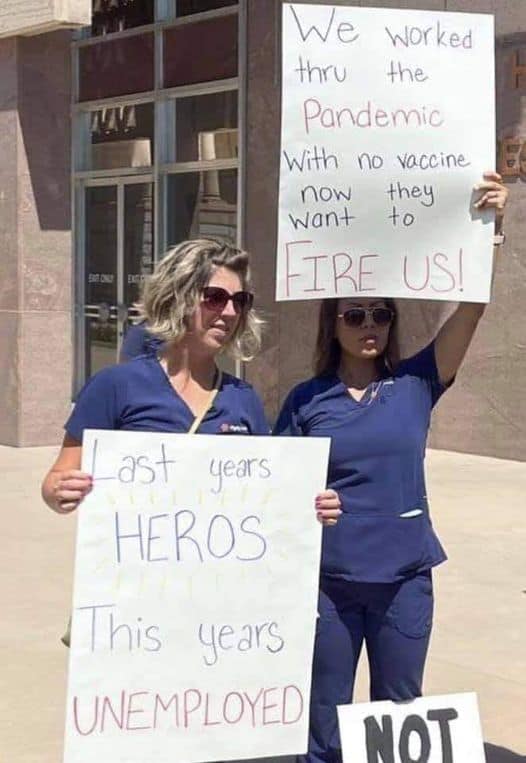 The latest data from Israel and the UK on covid vaccine effectiveness.

The latest data from Israel, which has used primarily the Pfizer mRNA vaccine, indicates that vaccine effectiveness against Delta coronavirus infection and symptomatic (“mild”) disease has dropped from about 95% to about 40%, whereas effectiveness against hospitalization and severe disease (i.e. low blood oxygen levels) remains at 80% to 90%.

Importantly, in people who got vaccinated already in January 2021 (primarily the elderly), protection against infection and mild disease may already have dropped to near 0%. Moreover, since the Delta covid outbreak is still accelerating in Israel, the effectiveness against hospitalization and severe disease may further decrease (due to lags in hospitalizations).

(Update: New data from Hebrew University shows that protection against severe disease has already dropped to 80%; compared to the original 96%, this results in a five-fold increase in residual risk.)

(A substantially higher estimate by Public Health England, recently published in the New England Journal of Medicine, was based on outdated data from early June. Interestingly, the British government hasn’t updated its data on AstraZeneca vaccine effectiveness since June 13. Update: New data from PHE confirms that effectiveness against infection has dropped below 20%.)

The Israeli data shown above indicates that effectiveness against infection and mild symptoms decreases rapidly over time and reaches near-zero levels after about half a year. Most likely, this is because covid vaccines do not achieve mucosal immunity (in contrast to natural infection) and serum antibody levels (i.e. antibodies in the blood) decrease within months.

Thus, the false promise of very high protection against “symptomatic infection”, found during official vaccine trials, was simply based on very high short-term serum antibody levels mimicking mucosal immunity. Conceivably, the pharmaceutical companies may even have known that this was just a (very lucrative) “flash in the pan” and not a lasting protective effect.

In contrast, protection against severe disease is achieved by lower serum antibody levels in combination with immunological memory (B cells) and cellular immunity (T cells). However, the Delta variant has already achieved partial immune evasion (as did Beta and Gamma, but not Alpha), and future coronavirus variants will likely achieve almost complete immune evasion.

Thus, vaccine protection even against severe disease will likely further decrease due to new variants, or, in the very worst case, will turn into antibody-dependent disease enhancement (ADE), if high levels of non-neutralizing antibodies aggravate the infection. Indeed, this is what happened in the case of vaccines against SARS-1 and dengue fever.

However, there is a very real risk that additional vaccinations, which inject or induce the coronavirus spike protein, could substantially increase the risk of serious cardiovascular and neurological adverse events, such as strokes, GBS and heart muscle inflammation. Globally, covid vaccines may already have killed tens of thousands of people. Alternatives include safer oral vaccine candidates or medically supervised, low-dose oral live virus challenges in low-risk people.

Furthermore, the millions of people who were told that vaccination will protect them against a coronavirus infection will soon have to realize (once again) that this is not the case: instead, most of them will get infected anyway. On the positive side, this may actually provide additional mucosal immunity to large parts of the population while being mostly protected against severe disease.

Indeed, data from Israel as well as recent studies all indicate that a previous coronavirus infection continues to offer the best protection against future infections and disease.

In contrast, vaccination cannot achieve “sterile immunity” against infection and infectiousness. Thus, the whole idea of “vaccination certificates” has become obsolete – at least from a medical and epidemiological perspective – and should be rejected: the claim that it’s just “the unvaccinated” that are driving outbreaks – a claim made by many authorities – is simply false.

For instance, just this week a “fully vaccinated” Australian managed to pre-symptomatically infect about 60 people at a party in the United States. Many similar stories have already been reported in Europe and Israel: fully vaccinated people can easily transmit the virus even to large groups. Hence, imposing “vaccination certificates” or “green passes” may only serve a political purpose.

(Update: New data from Israel shows that “only 20%” of fully vaccinated people have infected others in public spaces. While authorities claim that this is a success, in reality, it is not any different from unvaccinated people, thus confirming zero effectiveness against infection and transmission.)

Concerning children, since covid remains mostly asymptomatic or mild in them anyway, and since vaccination cannot prevent infection and infectiousness, the vaccination of children and even of young low-risk adults becomes increasingly difficult to justify, especially given the very real vaccine-associated cardiovascular risks to them (e.g. teen myocarditis and cerebral blood clots).

A look at covid data in places like Israel, the UK and Portugal – which were first in Europe to experience the Delta variant summer wave – confirms that, while infections have skyrocketed, hospitalizations have remained rather low and deaths have remained very low so far. In contrast, in countries with a low vaccination rate – such as India, Russia, as well as many Asian and African countries, Delta covid deaths have reached all-time record levels. [That’s a very strange thing to say. Actually, Russia’s all-time record was during the winter. India’s all-time record was recent but deaths have already collapsed since, besides its “all-time record” was still extremely low compared to heavily vaccinated developed countries.]

I've decided to compare 3 well-know success-stories (hard LD + vacc.) with a 'failed' India. Added my country Croatia, hope you do not mind.

BTW we have the lowest incidence on Mediterranean, and there still might be some beds available – come and enjoy life! pic.twitter.com/QgnT0vPxJP

In conclusion, and as argued previously, vaccine protection against infection and “mild disease” has pretty much collapsed, whereas protection against severe disease and death remains at a reasonable level, with the partial exception of the most senior citizens and especially nursing home residents, some of whom have never mounted a neutralizing antibody response to the vaccine. Moreover, future coronavirus variants will likely achieve additional immune evasion.

Given the current situation and outlook, it may once again be emphasized that research and implementation of early treatment options for high-risk patients – especially anti-viral, anti-inflammatory (immuno-modulatory) and anti-thrombotic treatment – should be a top priority.