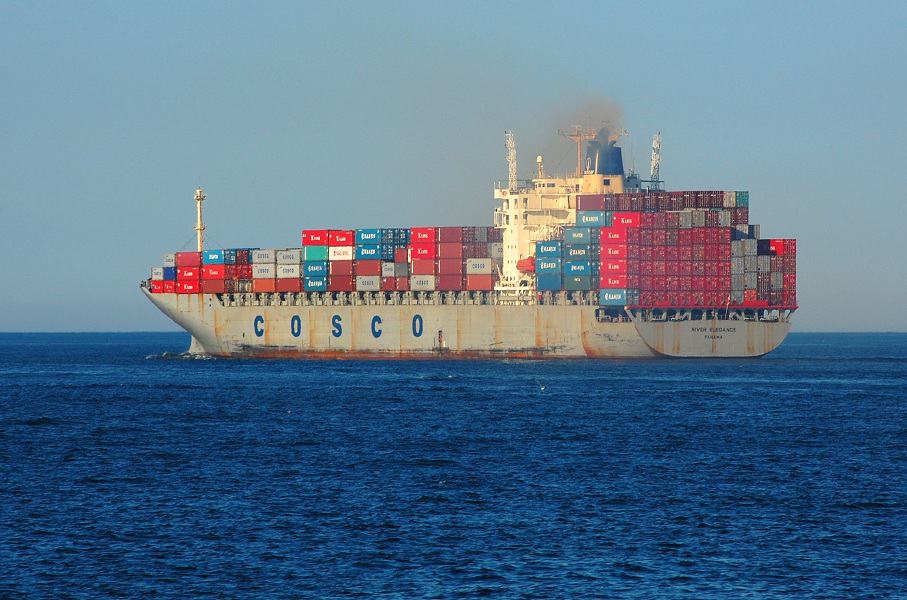 Watch out for Chinese companies swooping in with buckets of cash to buy strategic stakes, or majority control in U.S. and European companies as asset prices fall due to the pandemic.

NATO sounded the alarm this week, though without naming names.

“The geopolitical effects of the pandemic could be significant,” said NATO Secretary-General Jens Stoltenberg in web conference of defense ministers on Wednesday. “Some allies (are) more vulnerable for situations where critical infrastructure can be sold out,” he said. Of course he meant China. China has been busy buying Greek ports.

China Overseas Shipping Company, aka COSCO, owns 90% of the only terminal operator in Belgium. COSCO has a 51% stake in and managerial control of port terminals in Valencia and Bilbao, Spain. They also have minority stakes in other terminals in Antwerp, Las Palmas and Rotterdam, according to a December 2019 study by a Netherlands think tank, seen here.

John Sawers, former MI6 chief told Sky News this week that, “We need to do more to protect Western technology from being bought up by Chinese companies. I don’t think it’s an existential threat in the way the Soviet Union was in the Cold War, but nevertheless there is going to be deep rivalry over control of technology,” he reportedly said.

The pandemic has top officials on the security side of government warning that China might use this time to buy greater influence.

More importantly, it suggests a growing distrust in China among its biggest business partners.

Erik Brattberg, director of the Europe Program at the Carnegie Endowment for International Peace, was quoted saying in Deutsche Welle’s online magazine on Friday that China won’t be granted easy access to critical infrastructure in Europe.

“This time around I think there’s more attention and there’s more scrutiny of China’s activities, and there are greater protection measures put into place,” he said. “We have yet to see how successful and effective those measures will be should China seek to take advantage of an economic crisis in Europe.”

For the U.S. part, China telecom operators like China Mobile are banned in the U.S.

Huawei’s future is also up in the air here, and they could see themselves on the way out though so far the main restrictions have been on-again, off-again bans on U.S. hardware component makers like Intel INTC selling to Huawei for its 5G network and not its smartphones.

One area that may interest the Chinese here in the U.S. is the energy space. China is the world’s largest importer of oil. Companies like Chesapeake Energy CHK are on the cusp of a meltdown. In better times, they would be a perfect target for China. In these times, it is unlikely that China would be allowed anywhere near it, except maybe as a minority shareholder in the best case scenario.

The U.S. has been making it harder for China to invest in certain sectors of the economy. Unless the U.S. and China have a “come to Jesus” moment over the coronavirus outbreak, then those restrictions will remain post-pandemic.

A lot of the decline in China M&A in the U.S. is due to the trade war and rules under the Treasury Department’s Committee on Foreign Investment in the United States (CFIUS).

China’s outbound M&A volume in 2018 suffered its second straight year of decline, falling 23%, after a peak in 2016. Despite this decrease, China outbound M&A volume was still roughly one-third higher than the levels pre-2016 peak in terms of total deal values.

Moderation in China’s economic growth, coupled with tighter environmental rules and higher wages, has Chinese companies moving into southeast Asia. That’s one side of the M&A story. The other side of that corporate expansion, and the one NATO is looking at, is Chinese companies buying into strategic sectors of other countries.

Government lenders make it easier for Chinese acquirers to have strong purchasing power.

Even with capital control and measures to curb outbound investments, the Chinese government does what it can to support private enterprises to grow their brands abroad. As stock markets in Europe are weaker than they are in the U.S., it makes Europe a better target for China capital, especially in non-strategic sectors like retail, because these are the kind of global markets where consumers have money to burn.

Back in the U.S., CFIUS approved China Oceanwide’s $2.7 billion acquisition of Genworth Financial GNW of Virginia, a life insurance and annuity company. That deal has not yet closed as financing woes due to the pandemic have tripped up both parties. Their merger agreement has been extended now until June.

Even if Europe and the U.S. roadblock it, China companies have all of Asia, Africa, Eastern Europe, and all of Latin America.

Moreover, Chinese companies are not just interested in strategic assets like natural resources. They want to part of the global brand A-list, and they want to move way up the economic food chain, so that makes them buyers of life science tech, fashion brands and retail, logistics operations, and outside of the core economies, corporate banking, too.