A welcome side effect as far as the Empire is concerned 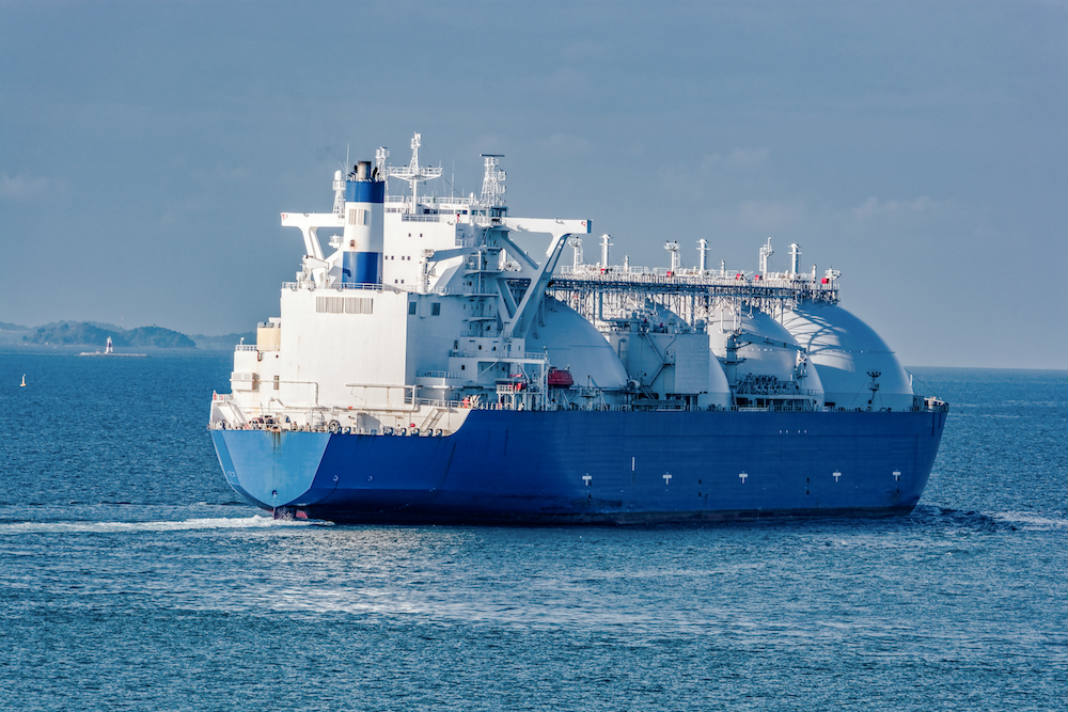 The cost of chartering a liquefied natural gas vessel on the short-term market has jumped the most since at least 2013.

The day rate for a standard tanker East of the Suez Canal jumped 57% in the week to Oct 9, as issues related to U.S. sanctions on units of China’s COSCO Shipping Corp. start to hit just as the heating season begins to boost demand. That comes on top of other factors limiting the number of ships available, including Typhoon Hagibis in Japan, the biggest buyer of the fuel, and the stockpiling of fuel on tankers.

The skyrocketing rates, which have more than doubled in less than a month, show how U.S. sanctions on units of China’s largest shipper are impacting global trade flows, having already fueled steep increases in oil tanker rates. China plans to ask the U.S. to lift sanctions on the shipper at high-level trade negotiations in Washington this week.

“It is a super tight market at the moment,” a spokesman at LNG tanker owner GasLog Ltd said by phone. “We don’t know whether the COSCO sanctions will have a meaningful impact on the LNG shipping market, but it is influencing sentiment.”

Benchmark LNG spot shipping rates east of the Suez Canal jumped to US$130,000 a day on Oct 9, according to Fearnleys in London. Spark Commodities Pte Ltd, a venture between commodity tracking company Kpler SAS and the European Energy Exchange, puts the rate at US$133,200.

China National Offshore Oil Corp is seeking two cargoes for prompt delivery to its Dapeng terminal because of the sanctions, according to traders with knowledge of the matter. The company didn’t immediately respond to a request for comment.

Woodside Petroleum Ltd’s North West Shelf LNG venture in Australia wouldn’t load two tankers that were meant to deliver cargoes for CNOOC because the vessels are owned by a unit of COSCO, according to the traders. The Dapeng Moon, Dapeng Sun and Dapeng Star are anchored near the terminal or off the coasts of China, according to ship-tracking data compiled by Bloomberg.

A Woodside spokesman declined to comment on specific loadings, and said the company is aware of the sanctions and will comply with all legal obligations. [Of US domestic law.] COSCO Shipping didn’t respond to an email seeking comment and didn’t answer calls from Bloomberg.

The Tangguh project in Indonesia and Bintulu in Malaysia also wouldn’t load COSCO-owned vessels meant for CNOOC, according to a person with knowledge of the matter. CNOOC uses two COSCO vessels to transport gas from Tangguh — Min Rong and Min Lu — and one — Shen Hai — from Bintulu. All three are currently anchored, according to ship-tracking data.

Five specialized ice-class vessels for Russia’s Yamal LNG project in the Arctic, chartered from a joint venture between COSCO unit China LNG Shipping (Holdings) Ltd. and Teekay Corp., are still on routes serving the project normally, according to ship-tracking data. Novatek PJSC, the majority shareholder of Yamal LNG, has said it has tanker capability via transshipments to fully meet its obligations should the sanctions drag on, and that it hopes the issue around sanctions will get resolved quickly.

The sanctions, imposed on two COSCO shipping units last month due to alleged shipments of Iranian crude oil, came just as the stockpiling rush intensified in anticipation of higher fuel prices in the winter and price incentives to hold onto cargoes.

Higher forward gas prices, known as contango, mean some LNG ships are taking long voyages and diverting to avoid quick deliveries. That absorbs vessel capacity from the spot market, which is already being affected by a surge in LNG production from the U.S.

“We have been predicting for some time that the 2019-2020 winter would be a structurally short LNG shipping market. That’s driven primarily by the increasing supply coming out of the U.S. this year,” the GasLog spokesman said. “High European gas inventories are also leading to vessels either slow steaming or tankers idling around European terminals, exacerbating the tightness in the spot market.”

Weather is also playing a role. Typhoons shut a receiving terminal in China and may cause delays in Japan, according to Per Christian Fett, director of the LNG unit of shipping data provider Fearnleys A/S.