What's the Empire going to do? Sanction it? 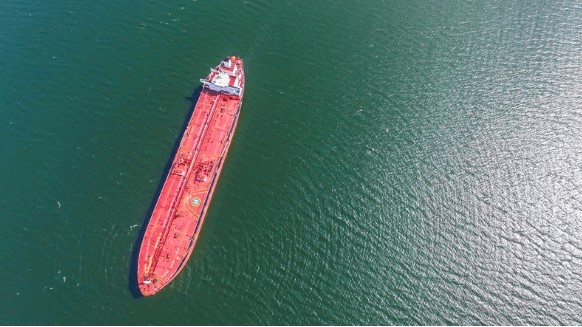 After defying U.S. sanctions by shipping a cargo of oil condensate to Venezuela just last week, Iran is using the same ship to help the Latin American country export its crude.

The Iran-flagged supertanker Honey, also known as Horse, is loading Venezuela’s top exported grade Merey 16 at Venezuela’s government-controlled port of Jose, according to a shipping report seen by Bloomberg. The shipments give some respite to the nation’s hobbled oil industry, as most shipowners avoid doing business with the country for fear of sanctions.

The vessel, which just discharged 2 million barrels of Iranian condensate , turned off its satellite signal to avoid detection after the U.S. was able to intercept 1.116 million barrels of gasoline going to Venezuela in August. Bloomberg reported that the ship was discharging its contents in Venezuela last week though ship-tracking signals still show the ship off the coast of Dubai.

Venezuela, owner of the world’s largest oil reserves, has been struggling to find ships willing to risk sanctions after the Trump administration announced sanctions on six vessels and its shipowners for transporting its crude. The Treasury Department eventually removed the vessels from the sanctions list without making a formal explanation but the U.S. has pursued foreign vessels carrying product to Venezuela around the world and seized more than a million barrels of gasoline while in transit. [Turned in by the owner, rather than captured on the high seas.]

The cargo on board of the Horse is expected to be sold in Asia, the main destination of Venezuelan crude.

In addition to supplying condensate, Tehran has supplied 1.5 million barrels of gasoline and food. Venezuelan President Nicolas Maduro is also weighing the purchase of Iranian missiles. Caracas has supplied gold as payment for the assistance.