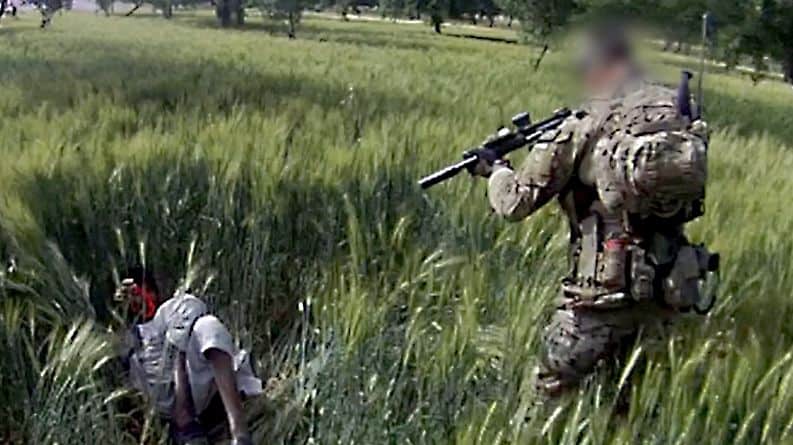 There are “hundreds” of photos of Australian soldiers drinking from a prosthetic leg – allegedly taken from a slain Afghan – at an unauthorised bar at Australia’s military base in Afghanistan, a court has heard.

The existence of some photographs was previously known, and a handful had been widely broadcast and published. But the full extent of the photos from the Australian soldiers’ underground bar, the Fat Ladies’ Arms, was revealed before the federal court on Wednesday.

In preparation for the defamation case brought by Victoria Cross recipient Ben Roberts-Smith against the Age, the Sydney Morning Herald and the Canberra Times newspapers, lawyers for Roberts-Smith said they had been overwhelmed by the delivery of a new tranche of documents, including hundreds of images of soldiers drinking at the bar, and they were trying to process them before the trial began.

“We have been working to itemise items by Friday 4pm,” Matthew Richardson, for Roberts-Smith, told the court. “We cannot do that for hundreds of images of soldiers drinking from the leg – it’s too onerous, it’s too long.”

Richardson also said: “All these photos are in the possession of the respondent [Nine newspapers] because the USBs were provided by my client’s ex-wife”.

Lawyers for the newspapers rejected the assertion that USBs, containing images and other relevant material, had been disseminated by Emma Roberts, Roberts-Smith’s estranged former wife.

Roberts is scheduled to give evidence during the trial.

The prosthetic leg, used as a drinking vessel, has become a notorious symbol of soldiers’ alleged impropriety in Afghanistan.

According to the newspapers’ defence to Roberts-Smith statement of claim, on Easter Sunday 2009 Roberts-Smith shot an Afghan civilian with a prosthetic leg.

The prosthetic leg was “souvenired” from his body and taken back to the Australians’ base, where it was used as a drinking vessel in the Fat Ladies’ Arms.

Roberts-Smith is suing the Age, the SMH and the Canberra Times for defamation over a series of ­reports published in 2018 which he alleges are defamatory because they portray him as someone who “broke the moral and legal rules of military engagement” and committed war crimes including murder.

Roberts-Smith, 42, has consistently denied the allegations, saying they were “false”, “baseless” and “completely without any foundation in truth”.

The newspapers will run a truth defence to their reporting.

The defamation trial, expected to run for 10 weeks, begins in Sydney on 7 June.

Roberts-Smith will be the first witness called, after the trial opens on Monday. He is expected to give evidence towards the end of next week. The trial is also expected to hear from former comrades of Roberts-Smith, his ex-wife, and Afghan civilians whose family members were killed during military raids.

The federal court also heard on Wednesday that the newspapers have withdrawn one allegation of unlawful killing from their defence, which involved Roberts-Smith swimming across a river and allegedly shooting an Afghan man.

Nine will contend the killing took place but will no longer contend it was unlawful. Four paragraphs of its defence have been withdrawn.

That killing took place on the same day as Roberts-Smith is alleged to have been involved in the murder of Afghan farmer Ali Jan, who was kicked off a cliff and then shot. Roberts-Smith has denied those events ever took place.’