How Much Does the Pfizer Vaccine Actually Reduce Risk of Hospitalization?

"There were more hospitalizations in the control group than in the vaccine group, but the numbers were too small to be statistically significant"

Editor’s note: The only proven benefit is a smaller chance of suffering mild symptoms if you are relatively young (there were very few elderly over 70 included in the trial) but since the vaccine comes with the possibility of symptoms of its own (some 3 percent were unable to work) what is even the point?

It is the first vaccine of its kind (mRNA), and while it should theoretically be safer than older, conventional vaccines (so we are assured), there simply isn’t a way to know for certain there aren’t long-term effects until a long time has indeed passed.

Even if these percentages persisted to statistical significance with larger numbers of subjects, the number to vaccinate in order to prevent a single severe case was over nine thousand, which is not impressive at all.

There has been no statistically significant mortality benefit to date, and none of the deaths in either group (two in the vaccine group and four in the control group) were associated with covid-19.

This was a double-blinded randomized control trial with 21,823 subjects in the vaccine group and another 21,828 subjects in the placebo group. Double-blind trials mean that neither the subjects nor the caregivers know whether subjects received vaccine or placebo. Randomized means that the subjects were put into the vaccine or placebo group by chance. The randomization is performed in a manner to balance the vaccine and placebo groups on the basis of significant characteristics such as age, race, and comorbid medical conditions. Subjects could not choose the group into which they would be enrolled.

The primary end point of the trial was the development of a covid case. A case was defined as the presence of one or more symptoms (fever, new or increased cough, new or increased shortness of breath, chills, new or increased muscle pain, new loss of taste or smell, sore throat, diarrhea, or vomiting) followed by a positive polymerase chain reaction (PCR) test for the virus associated with the disease covid-19. No details about the cycle count of the PCR tests were provided.

Subjects were instructed to get a PCR test if they developed any of the symptoms. The vast majority of these “cases” would be self-limited with a few days of mild symptoms.

A secondary end point was a “severe” case. A “severe” case required one of the following conditions: clinical signs at rest indicative of severe systemic illness (respiratory rate greater than or equal to 30 breaths per minute, heart rate greater than or equal to 125 beats per minute, arterial oxygen saturation less than or equal to 93 percent at sea level on room air, or hypoxemia defined as a PaO2/FiO2 < 300 torr); respiratory failure (defined as a requirement for high-flow oxygen, noninvasive ventilation, invasive mechanical ventilation, or extracorporeal membrane oxygenation); evidence of shock (systolic blood pressure less than 90 torr, diastolic blood pressure less than 60 torr, or a requirement for vasopressor therapy); significant acute renal, hepatic, or neurologic dysfunction; admission to an intensive care unit; or death.

The inclusion of the 93 percent oxygen saturation is problematic. The study design intended to include patients with significant comorbid medical conditions. Some of the subjects with these medical conditions, such as chronic lung disease, chronic heart disease, end-stage renal disease, and severe obesity, would meet this oxygen saturation criteria on the best of days. Some of these “severe” cases did not require hospitalization.

From the detailed descriptions of the four “severe” cases, only two required hospitalization—both in the control group.

So, if you did not get the vaccine, you had a less than 1 percent chance of becoming a case and if you became a case, you had a one-eightieth chance of being hospitalized. The number to vaccinate to prevent a single hospitalization was over nine thousand. As the results for severe cases are not statistically significant, it is not even clear that vaccination will lead to a lower risk of hospitalization.

None of the trial deaths could even be associated with covid-19, let alone attributed to it. At this time, there is no evidence for a mortality benefit from the vaccine.

What about side effects? Side effects from the vaccine include local reactions from the injections and systemic reactions including fever, fatigue, headache, chills, vomiting, diarrhea, and new or worsened pain in joints or muscles. Of those subjects between ages 18 and 55, 638 (27.8 percent) required the use of antipyretic or pain medication within 7 days of the first injection; 945 (45 percent) required medication after the second injection.

It is unclear whether the vaccine will protect against hospitalization. There were more hospitalizations in the control group than in the vaccine group, but the numbers were too small to be statistically significant. If the numeric trends continued for larger numbers of subjects, it would take over nine thousand vaccinations to prevent a single hospitalization. There is no evidence for a mortality benefit from the vaccine at this time. Up to 45 percent of subjects receiving both doses of vaccine will require medication to treat systemic side effects. Based on the evidence to date, I will take my chances with the virus rather than risk the known and unknown side effects of this vaccine. 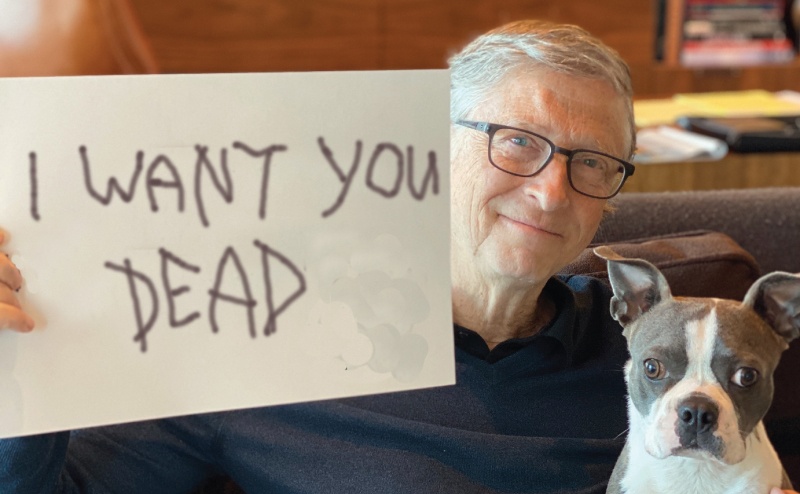 There cannot be a vaccine for covid 19 because covid 19 is just the ordinary flu nothing more nothing less, people should be more concerned on getting more food to eat there’s going to be a massive shortage of food if you don’t die of the vaccine you’ll die of Starvation very quickly including your kids I pity you people with kids they will be the ones to suffer and die first, yet this fiasco of the covid bollocks has been going on since a
March 2020 yet brain dead women are still having babies knowing their kids won’t have any future or life if their lucky yet still plan having kids human beings are their dullest plus stupidity comes to mind you retarded morons.

Too bad they cannot say the virus exists,,, based on evidence. All it takes is for the evil spirit doctors at the WHO and CDC to shake their shakers around an open fire and Voila! New disease. Any deaths whether it be from gunshot wounds, mangled in a car wreck,,, or just plain old flu is now caused by the dreaded plague. Now that’s what I call science baby!

Then in order to prevent the angel of death virus from ‘getting you’ instead of painting blood on the door all we have to do is wear masks, stay six feet apart and wash hands 72 times a day, (once every twenty minutes), and hide in our basements. Of course,,, When we are permitted by our betters to dine in a restaurant or protesting White privilege no masks are required,,, the virus recognizes the greater good.

The vaccines are based upon science as well. The sicker you get,,, the more protection you have. If you die, well,,, you have maximum protection. If you are made infertile than your offspring cannot get the dreaded virus. One booster shot every 4-6 months needed as the virus knows to mutate when each new vaccine hits the streets.

Bill Gates should know better than to make a photo like that. Someone will Photoshop it to say, “I WANT YOU DEAD!”

How many will be hospitalized, due to the vaccine?

In Going for an Overkill…
17 Apr 21 by Victor
Two sides of the same coin. Always has been that ...

In Going for an Overkill…
17 Apr 21 by Victor
Some commentators simply can’t accept that someone would actually go ...

In Going for an Overkill…
17 Apr 21 by yuri
ukraine is hardly a nation west–mostly fake poles, Romanians/galicia, Russyns, ...

Denmark to Share AstraZeneca Injections…
17 Apr 21 by Eddy
So apparently it’s O.K. for the citizens of poorer nations ...
Who or What Is Empire?