And is basing its strategy accordingly 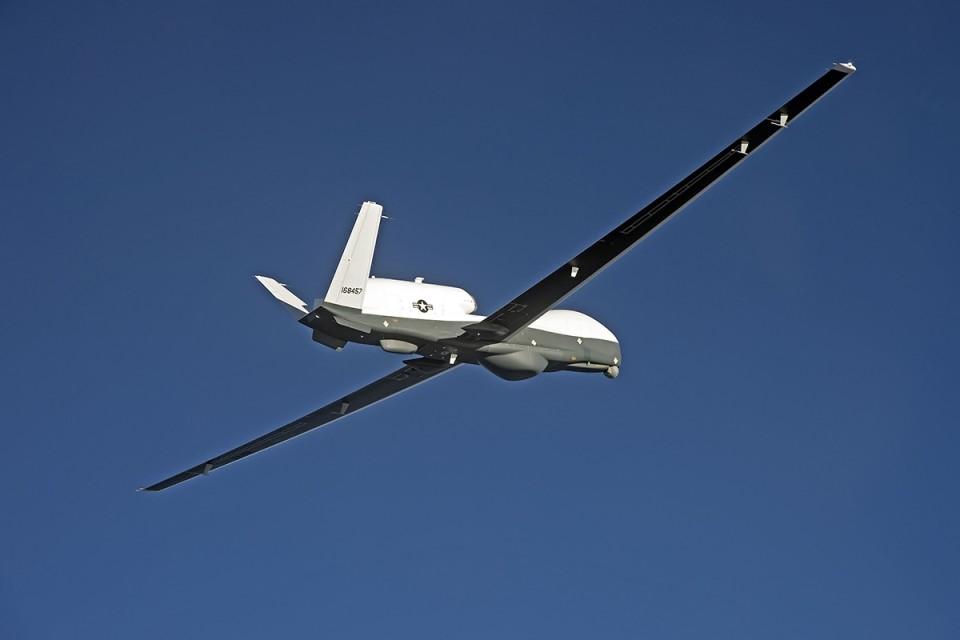 I constantly read ideas regarding weapon and system employments that are just fundamentally unsound – actually, delusional is a more accurate description. For example, our UAVs will blithely penetrate vast distances through enemy airspace, unscathed. UAVs will loiter over the enemy forces and send back precise targeting data with which we will obliterate the enemy.

Let’s look at some of the more egregious examples of delusional thinking that our military is engaging in.

Maritime Surveillance. Would we be worried if the Chinese tried to find and track our naval forces by operating a long range maritime surveillance aircraft that was non-stealthy and slow? Of course not. We’d just send the closest aircraft to leisurely shoot it down.

If that’s the case, that a non-stealthy, slow maritime surveillance aircraft is no threat to us then why do we think our non-stealthy, slow, large, P-8 Poseidon or MQ-4C Triton UAV is going to be able to survive long enough to accomplish anything in a war?

UAVs. Are we going to allow UAVs to casually fly over the battlefield, reporting back to the Russians with surveillance and targeting data? Of course not. We have multiple ways to shoot down UAVs and we’re working on others.

So, if UAVs can’t be effective against us, why are we making UAVs one of the cornerstones of our Third Offset Strategy? Do we really think the Russians or Chinese will allow us to operate UAVs over the battlefield, unchallenged?

Networks. Our civilian and military networks are penetrated with regularity, right now, by the North Koreans, Russians, and Chinese – and these are just the incidents that are public knowledge. Do we think the NKoreans, Russians, and Chinese will have less success during war when they’ll have absolutely no constraints on their actions? Of course not! They’ll have more success.

And yet, we’re making networks the foundation of our Third Offset Strategy and counting on an asymmetric advantage granted by our omniscient and invulnerable networks.

Surface to Air Missiles. Our surface to air missiles (SAMs) will reach out hundreds of miles and casually blot enemy aircraft, cruise missiles, ballistic missiles, and even satellites from the skies and yet we believe our aircraft, sub-sonic missiles, semi- or non-stealthy UAVs, and satellites will be immune from enemy SAMs and we’ll roam enemy airspace, unhindered.

Stealth. We believe that our F-35s will dominate the skies, seeing every enemy aircraft for hundreds of miles in all directions and casually swatting them down while remaining undetected due to stealth.

We’ve got to put a stop to this idiotic habit of assuming that the enemy will do nothing to hinder any of our efforts. Nothing could be further from the truth. If we’re incapable of predicting what the enemy will do to our equipment and plans – and military leadership is demonstrating, repeatedly, that we are – then we at least need to reverse the situation and ask ourselves, if the shoe were on the other foot, what would we do? All too often, the answer is that we wouldn’t allow it so why would we think our enemies will allow us to operate unhindered?