Canadian Journalist Summoned to Court for Shaking Hands and Laughing

In police's own words 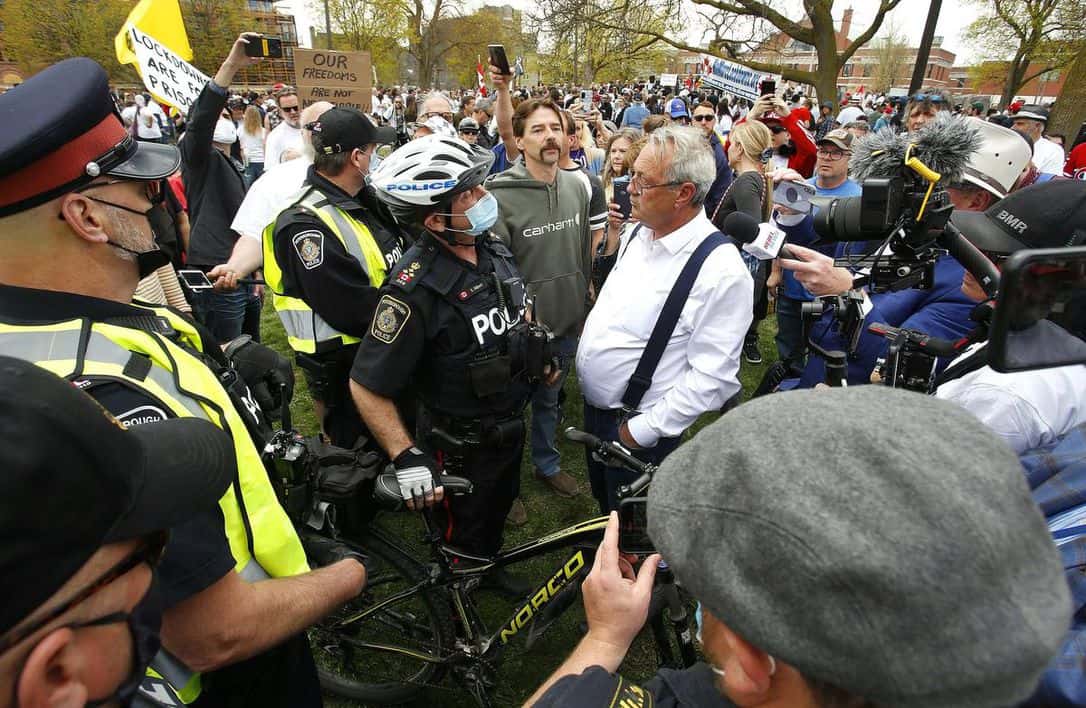 You might recall that last week I reported that I had been served with a summons by an officer from the Peterborough Police Service for covering an anti-lockdown protest in that city back in April.

The summons simply stated that I was being charged under Section 7.0.2. of the laughably-named Reopening Ontario Act. But it didn’t say what, specifically, I was being charged with. How puzzling — after all, I was not the event’s organizer, nor a speaker, nor even an attendee. I was just covering this peaceful protest as a journalist. That’s not illegal. Well, not yet…

Well, I just took delivery of the evidence that the Peterborough Police Service is going to present in court against me. There are pages and pages about me and my actions back on April 24. It reads like a John Grisham thriller. So, let’s jump to the chase: the crime I committed that day is that… I… shook… hands… with people.

And they even have the photos to prove it!

No, I swear, folks. For starters, it is noted that I shook the hands of PPC leader Maxime Bernier and MPP Randy Hillier. Apparently, this means I violated social distancing regulations. By the way, there were about 1,200 people there that day. Shoulder to shoulder. Do you think some of those people could have shaken hands that day? Curious that they haven’t been receiving summonses en masse.

Hey cops, I’m a journalist. I interview people for a living. How was I supposed to communicate with Mr. Bernier and Mr. Hillier — by using sign language?

As for the handshake, that is the de rigueur salutation in the Western world. Perhaps I could have bowed, but what do you wanna bet I would be criminally charged with appropriating Japanese culture?

But I saved the most egregious offence for last.

You see, the Peterborough police noted that I was seen… laughing on this day. Merciful God in heaven! Why was I not tasered for this crime against humanity?! Because the super-serious Peterborough Police Service obviously deems laughter to be… sinister?

(Note to giggle-prone supervillains such as the Joker and the Riddler: do NOT visit Peterborough. The cops will no doubt give you a Batman-style smackdown.)

But seriously, what makes this incident so disturbing is the political undertone to it. Bernier and Hillier were ticketed because these men are now politicians non grata. Rebel News was targeted because unlike the trained seals toiling for the mainstream media, we are all about publicizing the other side of the story, as opposed to reproducing the government-approved narrative.

There was plenty of handshaking and laughing occurring on that day, but the cops were not focused on law and order; they were driven by a political agenda. That’s the bailiwick of a banana republic, not a Western democracy.

Of course, we have no plans to bend the knee.

We will fight these farcical charges. And you know something? I can’t wait for my day in court.

And if you would like to help us lawyer up for our latest battle against censorious thugs, please go to www.StandWithMenzies.com and make a donation if you’re able to. 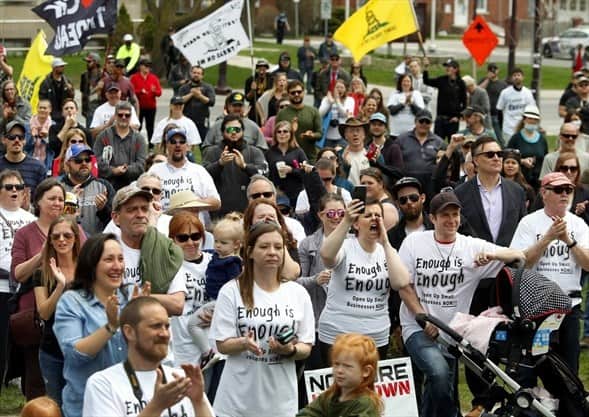