Biden Says “Competing With China” Requires He Takes Out Yet Another $2.3 Trillion in Loans and Distributes It 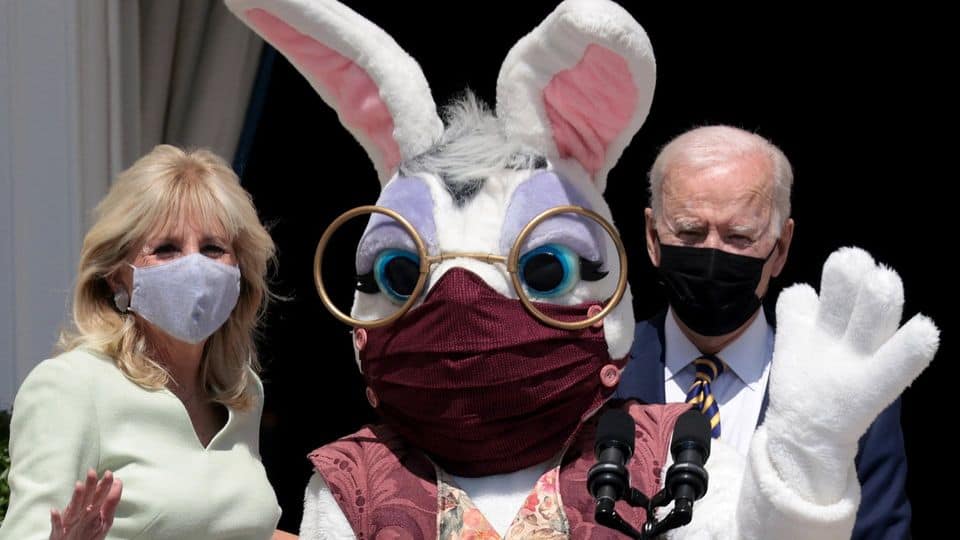 In promoting his sweeping US$2.3 trillion infrastructure plan on Wednesday, US President Joe Biden again stressed that the investment was part an ideological competition against China that the United States could not afford to lose.

Speaking in Washington, Biden stressed the urgency of the proposal, which has met with resistance from Republicans and even several Democratic lawmakers who say the price tag is too high and object to the administration’s plans to pay for it.

“You think China is waiting around to invest in this digital infrastructure, on research and development?” Biden asked. “I promise you, they are not waiting. But they’re counting on American democracy to be too slow, too limited and too divided to keep pace.”

“It will create millions of jobs, good-paying jobs. It will grow the economy, make us more competitive around the world, promote our national security interests and put us in a position to win the global competition with China in the upcoming years,” he said on March 31 in Pittsburgh. [So why stop at $2.3 trillion?]

On Wednesday, the president defended the scope of the plan and his proposal for funding it by increasing the corporate tax rate, but he left room for negotiation. [A joke, of course, it will be funded by debt. ]

Biden said that he believed “this generation will be marked by the competition between democracies and autocracies”, and that “the autocrats are betting on democracy not being able to generate the kind of unity needed to make decisions to get in that race”.

“We can’t afford to prove them right,” he said.

While the proposal is a domestic initiative aiming to create millions of jobs – with spending on green energy projects, expanded high-speed broadband and electric vehicles as well as traditional infrastructure projects – Biden said it was the only way to fight China in the competition to dominate the future and to regain US leadership of the world.

“Over the next six to eight months,” he said, there will be reports about “how China and the rest of the world is racing ahead of us and the investments they have for the future.

“America is no longer the leader of the world because we aren’t investing.”

Federal government spending on infrastructure has dropped to 0.7 per cent of the GDP, Biden said, adding that the US is one of the few major economies in the world whose public investment in research and development (R&D) has declined.

Under the current proposal, infrastructure projects in transportation, home care services, manufacturing, housing, water and public schools will be upgraded.

Biden said on Wednesday that while he and Vice-President Kamala Harris welcomed debate on the details, doing nothing was not acceptable.

“Inaction is not an option,” he said.