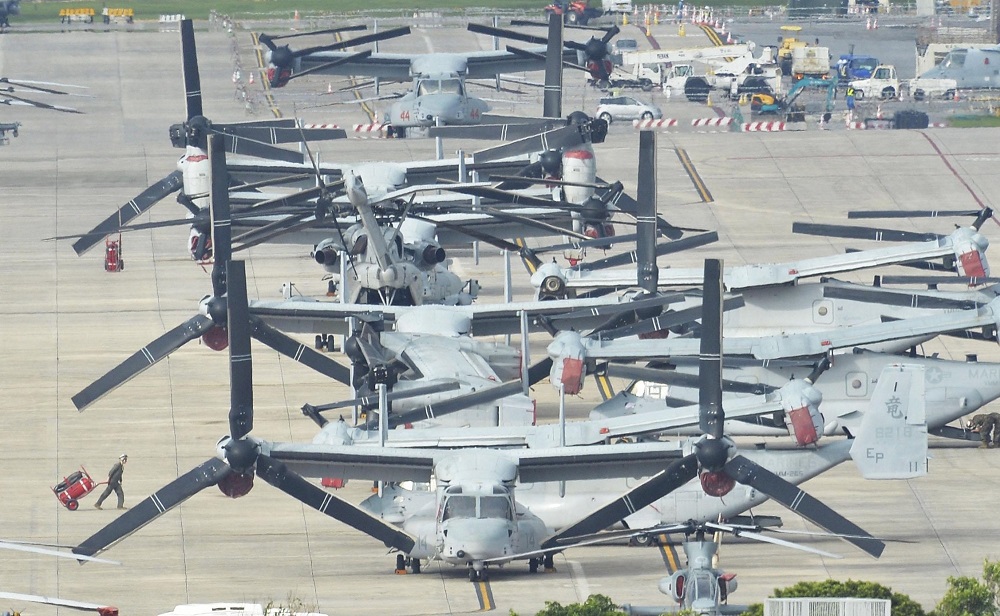 Editor’s note: A story of imperial hubris and Pentagon inertia. America’s forward bases in Japan are supposed to menace China whose shores they face. In fact, thanks to Chinese technological advances in recent decades they are now huge liabilities. The first day of a US-Chinese war would see at least three Pearl Harbors. The American are so close to China the US forces using them are sitting ducks for Chinese missiles that can reach them in an hour. Yet the Pentagon is not even considering closing the bases.

The US Navy’s fleet continues to shrink as ship procurement and personnel costs soar. A March 2012 Navy report shows that it needs to double its ship procurement funding by 2020 just to maintain the same number of ships in the fleet. This is unachievable, unless the Navy makes serious cuts in infrastructure and associated personnel.

The need to close the two small, little used naval bases in Cuba and Korea is obvious, but a couple larger bases must also close. The Pentagon recently suggested that another BRAC was required to close more domestic bases, but Congress quickly rejected the idea, with many Congressmen demanding an overseas BRAC first. 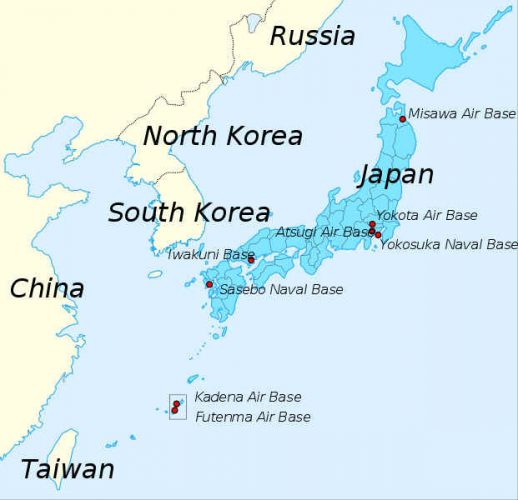 This occurred before China developed a sophisticated military that possesses long-range precision guided missiles. The US military ignored this development that made Sasebo worthless.

China lacks the military capability to dominate the Pacific, but now has the striking power to attack strategic targets in the Western Pacific. The air and naval forces of the USA and Japan are sufficient to counter China, but some American bases are very vulnerable to attack.

In the unlikely event that war with China erupts, our bases at Sasebo, Kadena, and Futenma are prime targets.

Other bases in Japan would be targeted, but they are farther from Chinese bases, requiring longer sorties by aircraft and bigger ballistic missiles (which are more expensive and therefore less numerous). This distance over mainland Japan provides greater detection and engagement opportunities for Japanese and American air and missile defense units.

However, Sasebo faces China, and most American and Japanese fighters must fly just as far to defend Sasebo as Chinese attackers.

The facilities at American naval bases are highly concentrated and unprotected. Chinese attack pilots can see these targets clearly, and even if they miss, they would probably hit a valuable target nearby. Since Sasebo (pictured below) faces China across a sea, it can also be struck by low flying cruise missiles fired from ships and submarines.

Chinese submarines could lurk offshore to pick off ships entering or leaving Sasebo. Subs may also attempt to attack ships at Yokosuka, but that is 700 miles further where they must evade Japanese and American anti-submarine warfare ships and aircraft while enroute. 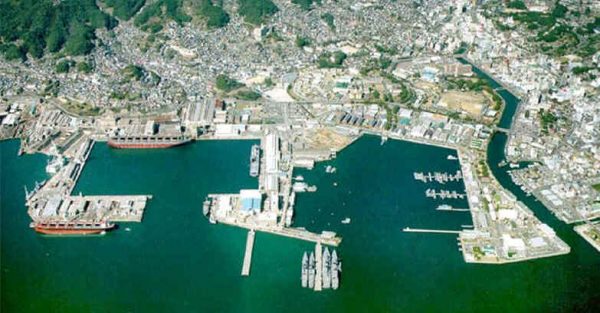 Some may argue that American ships would flee Sasebo should war threaten, but our ships couldn’t flee Pearl Harbor, and those attackers traveled for days to strike. Chinese ships and missiles can strike Sasebo within an hour. Moreover, what is the point of an overseas naval base if the wartime strategy is to quickly abandon it?

What is the logic of keeping two thousand American family members in this potential strike zone? How will sailors react if ordered to sail to safety and leave their families behind in a shooting gallery?

Sasebo is a fine port, but a horrible location for an overseas naval base, especially for defenseless amphibious ships and minesweepers. Admirals may suggest putting a squadron of fighting destroyers at Sasebo to help defend Japan, but they would be billion-dollar fragile targets in port, and families would remain.

Ships are vulnerable unless mobile, so they should be homeported in safe areas. If the USA wants to defend southern Japan, placing anti-aircraft and anti-ship weaponry ashore is the solution.

Given that our Navy has downsized and needs to close some bases to save money, the logic of vacating Sasebo is obvious. One doesn’t need to be an expert to glance at a picture of our Navy ships pierside at Sasebo (below) to conclude they are sitting ducks. 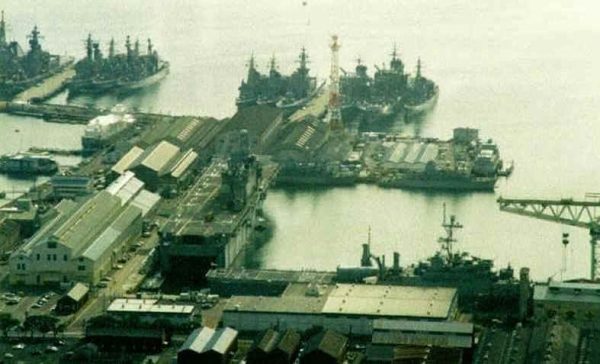 The four amphibious ships at Sasebo serve no purpose in that region and should move to Hawaii, or back to San Diego to replace ships due retirement. The four small minesweepers can move up to Yokosuka, or Hawaii, or Guam.

This is not a proposal to close Sasebo, which is a joint Japanese-American naval base. The Japanese will continue to maintain the base and its infrastructure, as they do today. American ships can make port visits and refuel from Japanese contractors, but the easy American targets for a surprise attack should move out of range, along with two thousand American military family members who would suffer casualties and need immediate evacuation during wartime.

A detailed study is required to determine the vulnerability and practicality of American fuel and munitions storage sites at Sasebo, and the cost of relocating them outside this potential war zone. Would a single hit by a Chinese missile explode the refueling complex at Sasebo? Would American ships risk air and missile attacks from nearby China to refuel and rearm at Sasebo?

And why have a fuel depot in Japan where all fuel is imported by ship? If war with China occurs, no one would send a supertanker full of fuel into that port. This wasn’t a concern in the past because the Chinese had no long-range weaponry, and precision-guided missiles and torpedoes didn’t exist. It is obvious that our Navy must move these key Pacific logistics facilities to Australia or American islands in the central Pacific.

There is no doubt the Chinese know the exact GPS coordinates of these facilities and their agents e-mail updated photographs of Sasebo targets every month. None of this is secret. Our Navy’s website for Sasebo has a nice picture of the main target area.

All naval bases are vulnerable to attack, but distance provides safety. Guam and Yokosuka can be attacked, but this requires big, slow long-range bombers and lumbering aerial refueling aircraft to support fighters, which are much easier to detect and counter. Chinese ships and submarines attempting long-range strikes are vulnerable to detection and destruction while in transit.

A war with China is very unlikely, but history tells us that most wars surprise experts. One only need to look at a map to see what China would do if war erupts — conduct major air/sea/missile strikes at Sasebo, because the US Navy can’t remember Pearl Harbor.