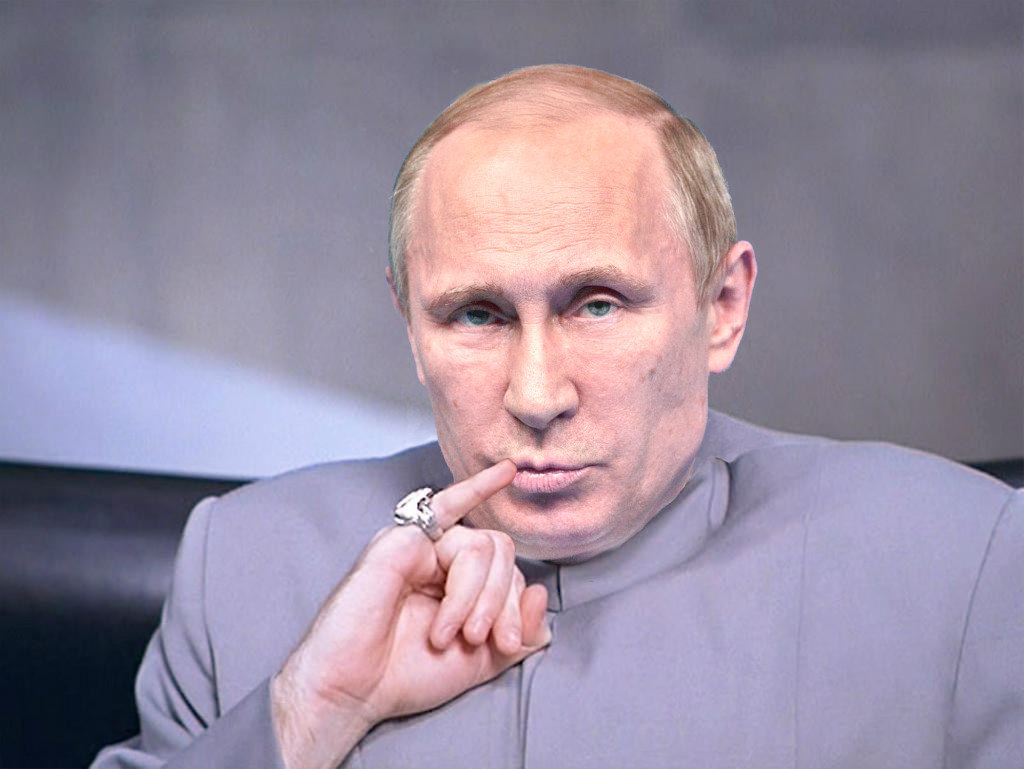 No, really, hacking the 2017 French presidential election (Jamie Raskin, U.S. congressman, after French government denied Russian involvement, stating the hack was “so simple it could have practically been anyone”).

Using the popular cartoon Masha and the Bear as “soft propaganda” to indoctrinate British children (The Times of London).

“Promoting sex toys on Instagram to sow discord in the US” (Quartz).

Targeting the U.S. embassy in Cuba with “some kind of microwave weapon, that is so sophisticated, that the Americans don’t even fully understand it” (Ken Dilanian, MSNBC reporter) [The microwave weapon turned out to be crickets. As in actual insects].

Assassinating self-exiled Russian journalist Sergei Babchenko (Ukrainian government) [Babchenko turned up alive the following day and revealed that he had faked his death in cooperation with Ukraine’s security services].

Whatever the hell Jonathan Chait was trying to explain with a Glenn Becksian diagram – “a plausible theory of mind-boggling collusion” (Jonathan Chait, New York Magazine).

Arming the Taliban (John Nicholson, commander of US forces in Afghanistan; Nick Patton Walsh, CNN) [Nicholson’s claim was debunked by a two star US general speaking under oath. The report by Patton Walsh was thoroughly demolished by Task and Purpose].

Interfering in the Catalan referendum (US Congressional Democrats).

Recruiting Princeton/NYU professor emeritus Stephen F. Cohen to influence U.S. policy (Bill Browder, CEO Hermitage Capital) [Browder’s tweet was deleted after people pointed out that casually calling for Americans to be investigated by the FBI is not a good idea].

Inflaming the NFL kneeling controversy “to make a big issue seem like an even bigger issue” (James Lankford, U.S. senator).