Zelensky Wishes Biden Was the Emperor of the World 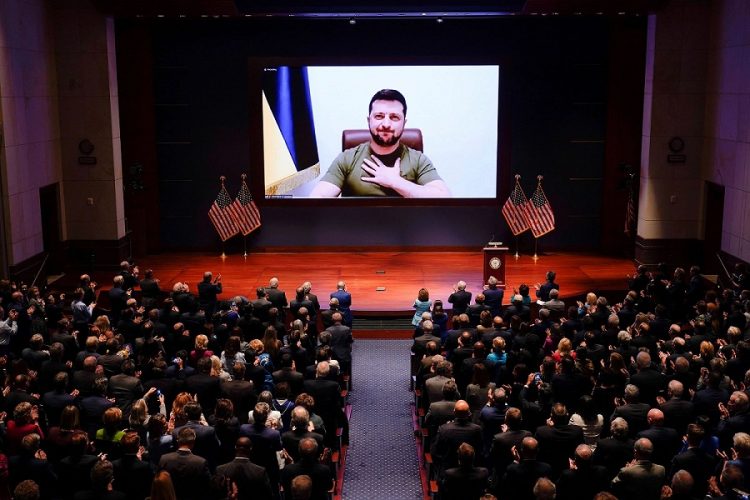 An eye-catching part of Zelensky’s address to the patricians of the Imperial Capital:

Twice Zelensky wishes to Biden that the latter would be the leader of the entire world, and even ends on that note.

I suppose every small power always has wished its great power backer was more powerful. But just as even more US power would be good for a handful of small powers it would be very bad for many others that find themselves in Washington’s crosshairs.

The 1990s when US Presidents could realistically style themselves the rulers of the world was a horrible one with UN-mandated economic siege against Iraq that Moscow was cajoled into backing running up 1 million excess deaths over a decade.

Even now powers like Venezuela (to say nothing of Yemen) can count on only the fraction of Russian (or Chinese) help that Kiev is getting from the US. ($3.5 billion in weapons, intelligence support, global economic war vs Russia…)