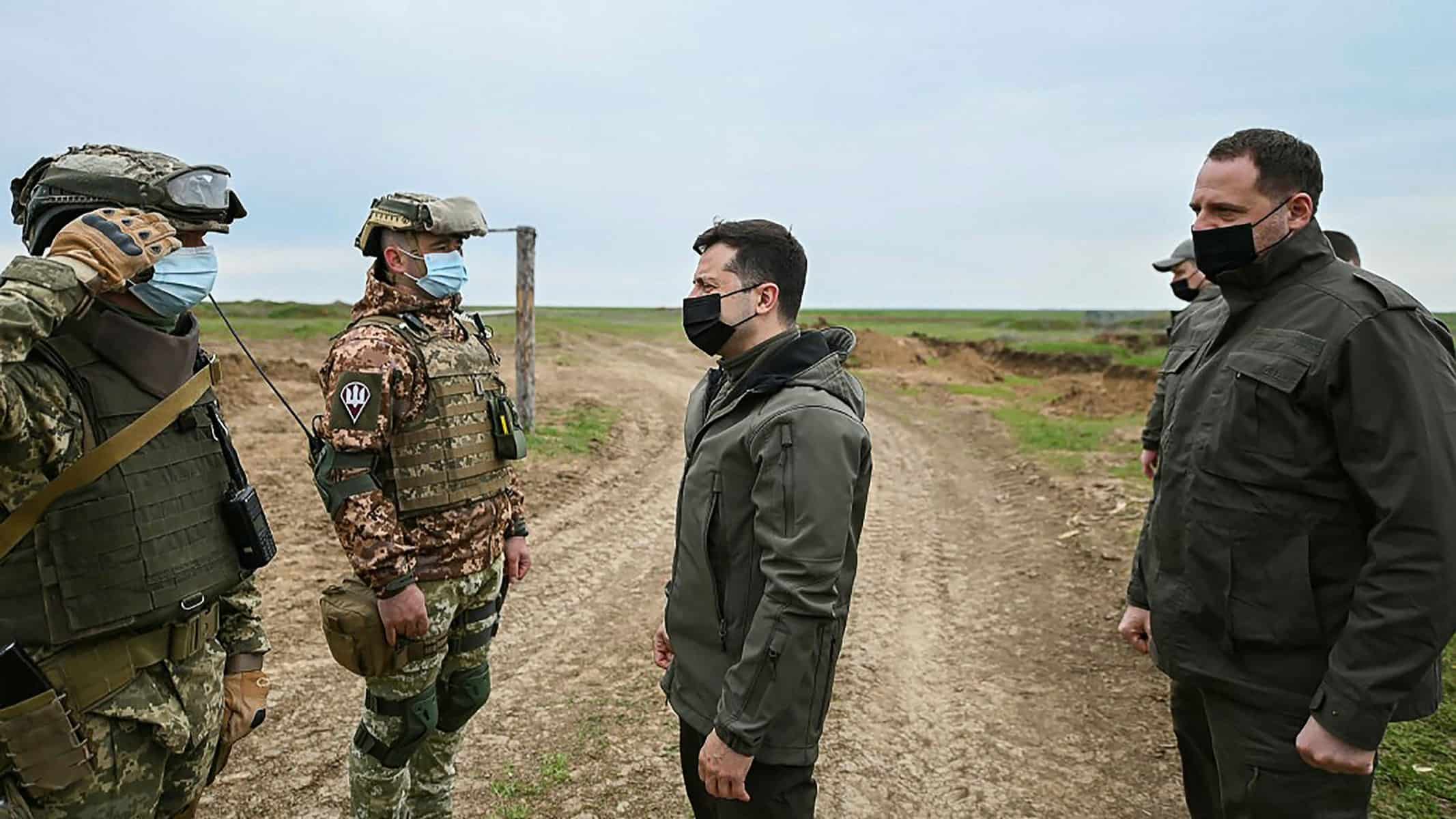 Editor’s note: They’ll do just that and take their land with them.

To resolve the conflict in eastern Ukraine, it is important that the inhabitants of its occupied part identify themselves and answer the questions “Who are you?” and “Are you with Russia or with Ukraine?” believes Ukrainian President Volodymyr Zelensky.

The statement came as the president was speaking in an exclusive interview with Dom TV, Ukrinform reports.

“There is a saying: ‘Someone is doing a leg split.’ They don’t know what to do, take time to make a choice, and just can’t make it, not realizing who they are. The most important thing in this story is to understand for yourself: you are Russian? Are you in Russia? I’m not talking about nationality, but about people’s internal choices. Are you Ukrainian? Is this your land? Is this your Homeland or are you a guest here?” said the president.

He has stressed that Donbas will never be Russian territory.

“It just won’t happen, ever. No matter how long it is occupied, you know? It’s like a wall that Germany had. In any case, people and history will seize the moment – and this wall will fall. If someone can’t reach an agreement, people will still seize the moment,” Zelensky emphasized.

In this regard, it is important for the inhabitants of the occupied territory to identify themselves today.

I believe that if you live in the temporarily occupied territory of Donbas today and you think that “our way is right,” “we are heading to Russia,” “we are Russians,” then it would be a big mistake to stay in Donbas… Because without Ukraine, there will be no civilization in this territory. Ukraine will keep developing, building things. And a part of Donbas in its occupied, cut-off form won’t be developing at all. So people will never be happy there,” the head of state added.

At the same time, the president stressed that “no one will be deporting anyone,” noting that this should be an independent decision made by people. [Aka, they ought to self-deport as it becomes clear later on.]

“But if you feel that you are Ukrainian and that Donbas is part of Ukraine, if you respect this flag, respect the Ukrainian language (even if you didn’t master it in school, go read some books and everything will come, you may speak as you want), but if you feel that you’re Ukrainian, stay there. Stay there and hold on, this land will be de-occupied in any case. This is history. So we don’t say “normal” or “not normal.” We say: ‘Who are you? Give an answer to your own self,’” the president concluded.

As reported earlier, President Volodymyr Zelensky supports the idea of expanding the Normandy Four platform or creating another platform toward Donbas settlement with the participation of major world powers. However, in his opinion, the number of formats does not affect their quality as it’s Russia that must end the war.