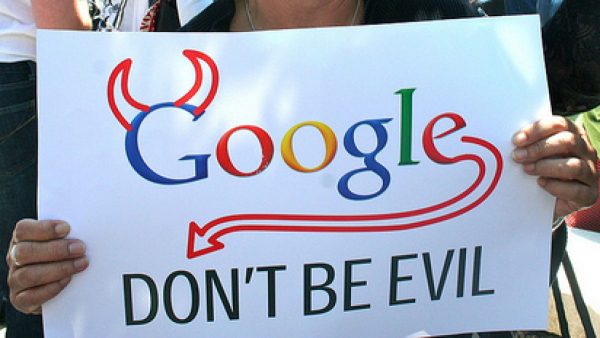 I learned the facts of life from a drunk uncle. He was not an American, and worked in international construction in Asia, mostly Japan and Hong Kong. We were lost in cheap booze at a wedding and he started asking me about how things worked in America. I had just started working for the State Department and he specifically wanted to know how I handled being bribed. How much for a visa? To get someone an appointment at the embassy? I was naive. I wasn’t doing those things, wouldn’t know how.

He explained his main job was to bribe people. He even had a joke to go with — my hands are dirtier than the guys who dig our foundations. Over the course of many tiny glasses of some awful clear Asian liquor I learned every yard of concrete poured required money to gangsters who controlled unions, politicians who controlled permits and inspections, cops who would or would not close down a street to speed things up, and to suppliers for better prices. It went on and on. A fact of life he said. You get used to it. You expect it.

I asked him if, all jokes aside, he indeed felt dirty. It does change your way of looking at things, he said. Nothing is what it seems, you come to realize someone is pulling the strings behind everything and it usually isn’t you. Uncle never heard of George Carlin, who once said “it’s a big club but you’re not in it.” The odd official just doing his job for his salary is a rube, too stupid to bother with. You feel embarrassed for him. Even worse, the guy who says no for moral reasons. You’re just trying to put some extra money in his hands. You learn, uncle slurred, to trust nothing. Everything is available for a price. That politician on TV? The company just dropped off a nice check to his “charity.” Or maybe arranged for him to have some female company on a business trip. Everything was for sale. Play by the rules? Those were the rules. You’ll get used to it, I was assured.

The first bribe I ever paid was to an Indonesian immigration officer, who noticed some small defect on my passport and was going to reject me. Of course, he said, it could be settled between us. With a fine. Off to the side. In cash. Have a nice day. It was all of US$20 to save my family vacation but I felt filthy, cheated, a chump. But I learned the rules. Living in New York, we rarely use the term bribe. We do use the term tip, and call it what you want it is as required to get through the day as oxygen. A table at a pre-Covid restaurant. A last minute anything. A friendlier handling by a doorman. Timely attention to fix-it requests. Servicepeople often won’t charge you sales tax if you pay in cash. My, um, friend, used to pay a lot of money for better hotel rooms until he learned $20 at check in with a friendly “anything you can do” to the clerk often got him the same thing at a third of the price. You get used to it. You get trained to accept it. What, you still paying retail, bro?

I used to think it was all small stuff, like that, maybe with the odd mafia king bribing a judge with real money or something else movie-worthy. In America we were ultimately… fair, right? But things started to add up. We have our petty corruption like anywhere, but our souls are filthy on a much larger scale. America goes big or it goes home.

Things like the Clinton Foundation accepting donations from the Saudis to help with women’s empowerment, an issue of course dear to the heart of the Kingdom. When it looked like his wife was going to be president Bill made six-figure speeches to businesses seeking influence within the U.S. government, earning $50 million during his wife’s term as secretary of pay-for-play state. The humbly named Bill, Hillary and Chelsea Global Foundation, now mostly out of business, was at its peak a two billion dollar financial dangle. It spent in 2013 the same amount of money on travel expenses for Bill and his family as it did on charitable grants. The media, big Clinton fans, told us we should be used to it, accept. Hey, Nixon was so much worse.

Trump refused to be very specific about who his charity donates to. We know its off-shoot, the Eric Trump charity, donated to a wine industry association, a plastic surgeon gifting nose jobs to kids, and an artist who painted a portrait of Donald Trump. Trump-owned golf resorts received $880,000 for hosting Trump charity events. Reports show Trump donated money from his foundation to conservative influencers ahead of his presidential bid, effectively using funds intended for charity to support his own political ambitions. Anybody think his, or the Clintons’, donors didn’t know what they were buying?

As vice president, with his wife Jill teaching at a community college, the couple reported a combined income of $396,000 in 2016. But since leaving the Obama White House, Joe and Jill made more than $15 million. In fact, as his prospects for election improved, Joe and his wife made nearly twice as much in one year as they did in the previous 19 years combined. Joe scored $10 million alone for a book no one read, Promise Me, Dad, roughly 10 times what his first book pulled in. Jill was paid more than $3 million for her book, Where the Light Enters, in 2018, by the same publisher. As soon as he left the Obama administration, Joe set up a tax dodge called an S Corporation that among other things donated money back to his own political PAC.

For all the wrong reasons about half the nation got very twisted over Trump corruption and actively avoided notcing the Clintons and Bidens to the point of covering their ears and singing NYANYANAYNYA.

But even all that money, measured in Epsteins (a unit of measure of influence buying I just made up) is petty cash now in America. The real corruption scales. The New York Times was startled to learn pre-COVID America’s 614 billionaires were worth a combined $2.95 trillion. As the Dow hit record highs this month, there are now 650 billionaires and their combined wealth is close to $4 trillion.

In the COVID-driven economic crisis American billionaires’ wealth grew. Where’d all their new money come from? You, paying interest up to the Lord of Manor. For example, Dan Gilbert, chair of Quicken Loans, was worth $7 billion in March; he now has $43 billion. It takes a lot of poor people taking out expensive loans to sustain that amount of wealth at the top. Listen for the sucking sound as the cash moves.

But it is wrong to think about money in dollars. That’s how small-timer grifters like doormen, waiters, and the Clintons, Trumps, and Bidens think. The real rich understand wealth as power. Basically, the power to shape and control society and government to ensure they make and keep more money for more power until someday they Have. It. All. The 400 richest Americans already own 64 percent of the country’s wealth. You dream of an upgrade to Business class, they own the jet.

Now to talk about conspiracy theories is to imply something “different” happened, that the system did not work as usual and as intended; for example, instead of an election the president was assassinated to change of who was in charge. The term conspiracy has kind of a bad feel to it. So let’s not call whatever happened this autumn to elect Joe Biden a conspiracy. But here is what happened, see if you have a better word.

The corporate media owned by that .01% spent four years attacking Trump. Working as a single organism fused to the Democratic party as its host, they tried to bundle Trump into a SuperMax as a literal Russian agent. When that failed they ginned up an impeachment with more holes in it than a bad joke about Stormy Daniels. The same media then pivoted to defense when it mattered most, sending information about Hunter Biden that would have changed the election down the memory hole, and policing social media to Joe’s advantage. Corporate pharma, also owned by the same people, held back announcement of Covid vaccines until just after the election. Once again the intel community, tightly bound with big tech, did its part leaking and concealing information as needed; for example, they worked to discredit the Hunter Biden story by calling it Russian disinfo. Donations are handy, but money that actually controls information is gold.

Earlier in the contest “something” happened (it was just a coincidence two promising candidates, Buttigieg and Kohlbacher, dropped out nearly simultaneously just ahead of the South Carolina vote Biden desperately needed to end Bernie) again in Democratic primaries that started with some of the most progressive candidates since Henry Wallace to instead push a politician known as the Senator from Mastercard into the White House. Biden of course promptly returned the favors by filling his Cabinet with the same old thinkers corporate America liked from the Obama years. A highlight is Janet Yellen at Treasury, who helped run the massive corporate bailout that created the .01 percent out of the one percent after the Great Recession. No wonder Biden told donors “nothing would fundamentally change” for the wealthy when he’s in charge.

If you are only figuring this out now you are way too far behind to really matter. A tiny percentage of Americans own, control, and benefit from most everything; call it one percent but a large number of the one percent are just slugs and remoras (hedge fund managers, corporate lawyers, etc.) who feed off the crumbs left by the .01 percent You know a handful of the real rich names — Bezos, Gates, Buffet — but only because they own public facing companies. Most of the others prefer less public lives while they control the public. And silly you, you worried that it was the Russians who stole the election. Here’s 20 bucks, go be quiet somewhere now.