You Know Who Else Liked Fighting Wars Against Invisible Enemies?

Have you heard? There’s a new enemy! No, not brown people in a faraway land which most people cannot locate on Google Maps – although they are probably our enemy too, whoever they are. And no, we’re not waging a new war against an abstract concept. We already bit off a bit more than we could chew when we took on Terror. Probably we’ll need another twenty years to solve that rather expensive, bloody riddle.

This is something really new, a nemesis unlike anything you’ve seen before – because you literally cannot see it. It’s everywhere and it will overwhelm your half-empty hospitals and kill you and everyone you love unless you do exactly what your government says. And that means doing everything that you’re told. Nothing is too servile in the fight against this ubiquitous shadow.

But we are paraphrasing. Allow us to cite the primary sources: 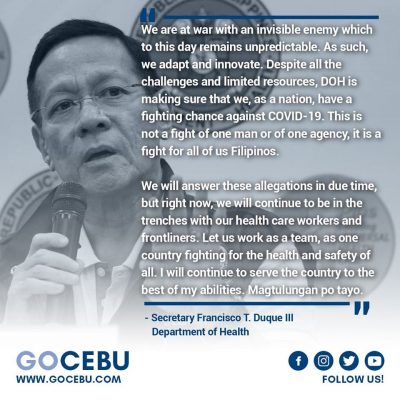 This Invisible Enemy sounds really scary and terrifying – maybe it will even kill more than 1.2 million children, which is the annual global death toll from diarrhea (they’re poor though so don’t worry about it). Luckily history provides us with plenty of guidance on how to move forward and defeat this unfathomable affront to humanity.

Oddly enough, Mr. Adolf Hitler was a big fan of the Invisible Enemy – although he recognized that it had to take a physical form in order for Germans to understand that they were besieged by dangers and needed the state to guide them to salvation. As we march forward into the dark unknown, remember that the War Against the Invisible Enemy will never be won. It fact, without the looming threat of Covid-19, there is no Covid Doomsday State. Just as Hitler’s Germany could not have existed without the dreaded Jew:

Indeed, the mall cops of Nazi Germany, the Gestapo, were deeply committed to rooting out the “invisible enemy”:

Joachim Gauck, the man in charge of Germany’s Stasi archives, noted quite rudely: “Many people in the old GDR were pure bundles of nerves because they continually faced an invisible enemy.”

Curiously enough, the founding principle of East Germany was that the state must benevolently hover over its citizens, “treating its people as less than capable of dealing with their own affairs.”

It’s very upsetting that some party-poopers seem to doubt the sincerity and good will of our governments. There is zero historical precedent of governments declaring states of emergency because of invisible enemies, demanding complete obedience and creating an endless cycle of fear, panic and paranoia that ends in collective suicide. Fake news!

With history as our guide, the new war against the Invisible Enemy will succeed. It always has.