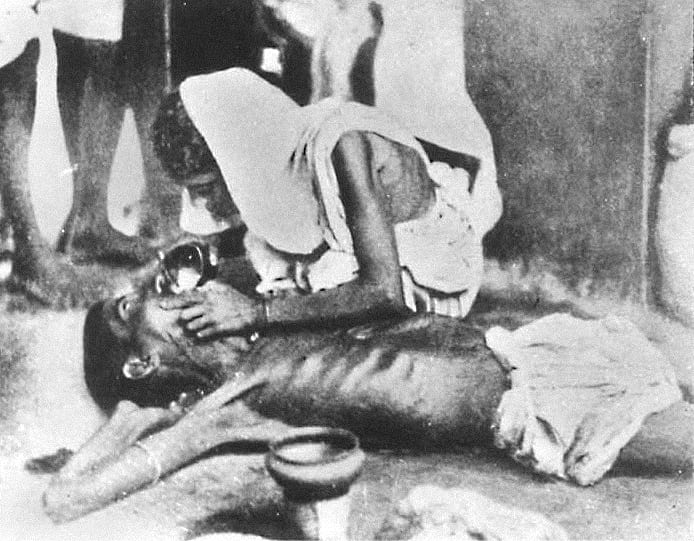 Churchill’s Secret War: The British Empire and the Ravaging of India during World War II is a book by the science journalist Madhusree Mukerjee. It tells of British policy in India in the Second World War and how it relates to the Bengal Famine of 1943.

Mukerjee reminds the reader that before the British conquest India was a rich land. Certainly, the conquerors drawn to Bengal in the 18th century were of the opinion they were adding a magnificently wealthy possession to their empire. Under colonial rule, however, Bengal soon became a synonym for poverty and a frequent setting of famine.

During the Second World War the colony was made to contribute heavily to the British war effort. India’s industries, manpower, and foodstuffs were made to serve requirements of the war the empire had involved itself in.

This was merely the latest escalation in a long-lasting exploitation of the colony. The British deemed their unwanted presence in India a service and therefore extracted “payment” for it in the form of the Home Charge. As the British obstructed the expansion of manufacturing in India lest it provide competition for their domestic industry, the export of agricultural produce presented the only way of realizing this transfer.

Finally, since the empire set the transfer so high so much grain was extracted for export that the colony — which continued to produce more food than its need through the 19th century — was artificially kept in a condition of chronic malnutrition.

Unsurprisingly, there was strong resistance to colonial rule that could only be overcome by large-scale repression. As part of the August 1942 crackdown against the Quit India Movement alone, more than 90,000 people were locked up and up to 10,000 were killed.

Short on manpower the British at times resorted to attacking crowds with aircraft. In particularly rebellious districts authorities burned down homes and destroyed rice supplies. British India was not unlike an occupied land.

The book exposes the manifold causes of the Bengal Famine. To begin with the mortality rate in Bengal under British rule was atrocious even in a normal year with some of that attributable to malnutrition.

The immediate reasons why conditions deteriorated beyond this “normal” state of semi-famine was the catastrophic Midnapore Cyclone and the Japanese capture of Burma.

The Cyclone storm and subsequent floods disrupted life and ruined crops. The loss of Burma severed links with an important source of rice imports to India. These two factors, which were outside British control, were probably enough for a disaster on their own, but subsequent British policies made the crisis far worse than it needed to be.

Anticipating the possibility the Japanese could advance further, the British carried out a scorched earth policy in coastal Bengal, seizing rice stocks, motor vehicles, bicycles, and boats. Seizure of boats was particularly disruptive as they normally represented the primary means of transporting rice crops to the markets.

Albeit in the years before WWII India had become a net importer of food, importing at least one million tons of cereal per year — a figure that was not actually sufficient to cover its needs, but represented what it could afford to import after paying the Home Charge — the British now undertook to export food from India.

Anticipating food shortages that were certain to follow colonial administration moved to protect the strata of society most useful to the British Empire — administrators, soldiers, and industrial workers. It set out to buy up huge quantities of grain and store it for their use. It would pay for these stocks in the same way it acquired supplies for the war effort — by printing money.

The government acquired some grain by requisitioning, but for the most part, it simply bought it. Some purchases it made on its own, others it contracted out to private traders. Big merchant companies were given advances of vast sums of money and instructed to purchase grain at any price for the government.

The price of already precious grain skyrocketed and the Bengal peasant was priced out of the market. Between the purchases of the Bengal administration, the Government of India, the army and the industries which were recipients of government largesse, grain was sucked out from rural areas. Departments of government and industries crucial for the war effort secured huge stocks of grain — part of which would end up rotting as millions starved.

What made the looting of the countryside to this extent possible was the transfer of purchasing power away from the peasant and to the government and to those the government made business with, that money printing enabled.

In the course of the war, the money supply increased by between six and seven times, so that the British worried they were “within sight of collective refusal to accept further paper currency”. This confounded the problem of food scarcity since some cultivators understandably held onto their grain rather than release it to the market, as it was seen a better store of value than the rapidly depreciating currency.

The reason government purchases were so devastating for Bengal peasants was that most families owned tracts of land too small to sustain their families on their own.

Even in a normal year, such families were not in a position to store enough of their harvest to sustain them until the next one. They were not sellers of crops, they sold their labor to the big landowners and bought food.

Except now buying food meant competing with a government that could print money at will.

Prevalence of effectively landless peasants in Bengal in itself was the result of British policies in India which had created the landlord class from what had been tax collectors before the conquest.

Albeit crop failure and the loss of Burmese imports were enough to create a serious food deficit for India, there was actually no food problem for the British Empire taken as a whole. In fact, London claimed that Bengal could not be fed — not for a lack of food, but for a lack of ships — supposedly shipping was so scarce that grain, which was available, could not be taken to India without disrupting the British war effort.

Prioritizing its war over the bare lives of three million of its subjects would have been bad enough, but Mukarjee shows that shipping was nowhere as scarce as London claimed, albeit it was certainly being mismanaged. For example there was shipping and food enough to build up a stockpile in the Eastern Mediterranean to supply an Allied invasion of the Balkans that would never come about. Also, there were always ships aplenty to build up an enormous and ever-growing stockpile of food in the British Isles that the London government was actually building up for post-war use.

In reality, the biggest obstacle to secure food for famine-stricken India was not the lack of means, but the lack of will to allocate the resources necessary. Such readjustments would have clashed with the interest and the intent of the British Empire under Winston Churchill to exploit its colony for its purposes to the greatest extent possible.

To their credit, not every Brit was of a mind with the London government personified in Winston Churchill.

Many officials, including high-ranking ones like the Secretary of State for India, Leopold Amery and the Viceroy of India, Field Marshal Wavell repeatedly called for a decisive effort to relieve the famine. Governments of Australia, New Zeeland, and Canada offered grain for India if the United Kingdom, which had taken control of their shipping, would transport it there.

British soldiers on the scene defied orders not to help famine refugees often handing over food from their own rations. 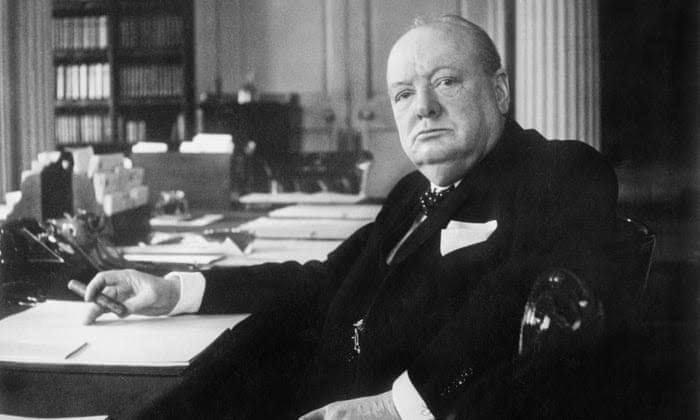 In addition to showing how the British Empire helped cause the Bengal Famine of 1943 and then denied it famine relief Churchill’s Secret War also provides the context for these two stories.

Mukarjee recounts a fair bit of the dynamic between colonial metropolis and the colony centering on exploitation and resistance, explains the consequences of British wartime policies for the political future of the colony — partition and independence — and paints a picture of famine and repression as seen from the ground by offering vivid first-hand accounts by people who were affected.

It is a book rich in content, but probably the one thing to take from it is the way in which the famine was made worse and its victims selected by government abuse of paper currency.

British reaction to food shortages in Bengal was to protect the cities and industries at the expense of the peasants. Like the Soviet Union which had faced a food crisis of its own a decade earlier, the British Empire figured it was up to it to decide who would live and who would die.

Only where the Soviet method of robbing the countryside of grain in 1932-33 was requisition, the British method of choice in India was money creation. It was a more elegant method, but no less deadly, and more difficult to effectively resist.

If the famine in 1932-33 in the Soviet Union was a requisition famine, the Bengal Famine of 1943 was a printing press famine.