Why the Surge in US Spy Planes Buzzing Russia?

Six in four weeks as a crisis unfolds in Belarus 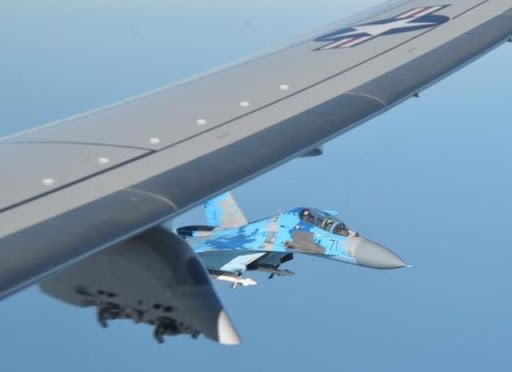 On August 19, a Russian Su‐​27 fighter intercepted two U.S. surveillance planes flying near Russia’s Black Sea coast. It was the sixth such incident in that region over the past four weeks, and it followed a similar foray earlier in the day farther north off the eastern shore of the Baltic Sea. The use of spy planes in that fashion is not terribly unusual to test the radar defenses and gain additional intelligence on countries that are considered U.S. adversaries. But such a flurry of flights over a short period of time is not typical, and it raises questions about the possible rationale.

As I discussed in a recent National Interest Online article, it also is a needlessly reckless practice. Following a July 30 episode over the Black Sea, U.S. officials claimed that the Russian Su‐​27 “buzzed” the American aircraft, creating a serious safety hazard. It is a frequent U.S. complaint following such encounters.

Both sides can be faulted for the provocations that arise from intrusive flights near the borders of the other country, but the United States deserves the bulk of the blame. Granted, Russian aircraft have sometimes conducted provocative aerial approaches to U.S. territory, especially near Alaska, and the frequency of that behavior seems to be growing. Nevertheless, the number of such incidents is dwarfed by the surge in U.S. military activity along Russia’s borders. In other words, most of the encounters are taking place near Russia and thousands of miles away from the American homeland.

One would think that U.S. military and political leaders would exercise greater caution. Indeed, the current crop of officials should have learned that lesson from the April 2001 crisis that erupted when a U.S. surveillance plane collided with a Chinese fighter. That incident led to a very tense confrontation between Beijing and Washington and hardliners on both sides engaged in shameless jingoism. Fortunately, more sober officials in George W. Bush’s administration prevailed and resolved the quarrel through diplomacy.

It is a safe bet, though, that given the current extent of hostility toward Russia among America’s opinion elites, hawkish types would be even more likely to magnify any crisis involving a similar incident. There would be massive political and media pressure on the White House to take an uncompromising stance against Moscow and “stand up to Vladimir Putin.”

Ratcheting‐​up the number of surveillance flights near Russia is especially unwise now, given the turbulence in neighboring Belarus as demonstrators try to unseat the country’s longtime autocratic ruler. Belarus is an important Kremlin client state, and Putin already has issued a pointed warning to Western governments not to meddle in that country’s affairs. Relations between Russia and the West, which have been deteriorating for years, are especially tense at the moment. An incident similar to the 2001 episode with China could easily escalate out of control.

It is highly unlikely that the information gathered from spy planes flying off of the Russian coast add so much to the intelligence already available from satellites and other means that it is worth the risk of an aerial collision and the dangerous diplomatic and military fallout that would ensue. The Pentagon needs to stop its provocative conduct immediately.