Why Does Biden Have So Many More Votes Than Democrat Senators in Swing States? Editor’s note: Casting a down-ballot vote is literally a matter of filling in another circle, which is why almost everyone who’s already voting does it. The question is how come this time so many of Biden voters opted not to, and then only apparently in battleground states?

In most elections, the majority of votes are cast “down the ticket” – meaning, a voter supports both party’s presidential nominee and state Congressional candidates. In fact, according to Pew Research, “overwhelming shares of voters who are supporting Trump and Biden say they are also supporting the same-party candidate for Senate.”

Typically, this means that that the number of votes for a presidential candidate and that party’s Senate candidates are relatively close.

Twitter user “US Rebel” (@USRebellion1776), however, found that the number of votes cast for Joe Biden far exceeds those cast for that state’s Senate candidates in swing states, while those cast for Trump and GOP Senators remains far closer. In Michigan, for example, there was a difference of just 7,131 votes between Trump and GOP candidate John James, yet the difference between Joe Biden and Democratic candidate Gary Peters was a staggering 69,093.

When you account for 3rd party vote, seems like tens of thousands of mysterious Biden votes w/ no down ticket votes. pic.twitter.com/gE5mcCVz7w

In Georgia, it's even worse.

Yet, in two non-swing states, there was “no massive flood of mysterious empty Biden votes,” leading US Rebel to suggest “It’s fraud.”

In Wyoming, the difference on the Democratic side is is just 725 votes, while in Montana the difference is -27,457. [IE, fewer votes for Biden than for Democrats down-ballot.]

For comparison, check out a non-swing state, like Wyoming.

The Democrats are committing voter fraud in the Swing states. pic.twitter.com/kCyh0K12zC

Another control state, which Dems aren't currently trying to steaI.

Stable numbers for GOP, and when you factor in 3rd party vote, no mysterious Biden-only ballots like the swings. pic.twitter.com/d6QLpGqiI7

What’s going on here? If it were “never-Trumpers” pairing Biden with their GOP Congressional picks, wouldn’t one expect fewer votes for Trump than GOP Senators? We’re open to suggestions.

“There has been a massive effort to delegitimize votes for DJT and steal this election. We’ve identified at least 450,000 ballots that only have a vote for Joe Biden and no other candidate.” — @SidneyPowell1

Kinda weird that almost 100,000 votes were not cast for the DNC house, but selected Biden?? pic.twitter.com/1IKftQGkcD

One thing about Republicans, they can never get enough of conspiracy theories. Listening to them you’d get the idea that they’re the most victimized and cheated people on the planet…

Blatant and massive fraud designed to further the polarisation of the country and accelerate it’s descent into chaos. It’s a shame that so many are brainwashed enough to fall for it.

99.6% of Mail Ballots went to Joe Biden in Pennsylvania?
https://www.investmentwatchblog.com/99-6-of-mail-ballots-went-to-joe-biden-in-pennsylvania/

I heard from the North Korean media that that is totally natural. But they were a bit concerned about the 0.4%.

They won’t do it again.

in DPRK 100% literacy in USA 1/3 can’t read above 5th grade level and 69% US universal grads not English proficient…Asians the most 54% then blacks 33%—both improving…while/whites/Latinos less and declining in English proficiency amongst incompetent amerikan univ grads (US DEPT OF EDUCATION)
‘AMERIKA REQUIRES A STUPIFIED POPULATION”. Christopher Lasch

It is silly to think that the election was stolen.
This is exactly the way they planned it to go and Trump knew this.
The Covid nonsense had much to do with this 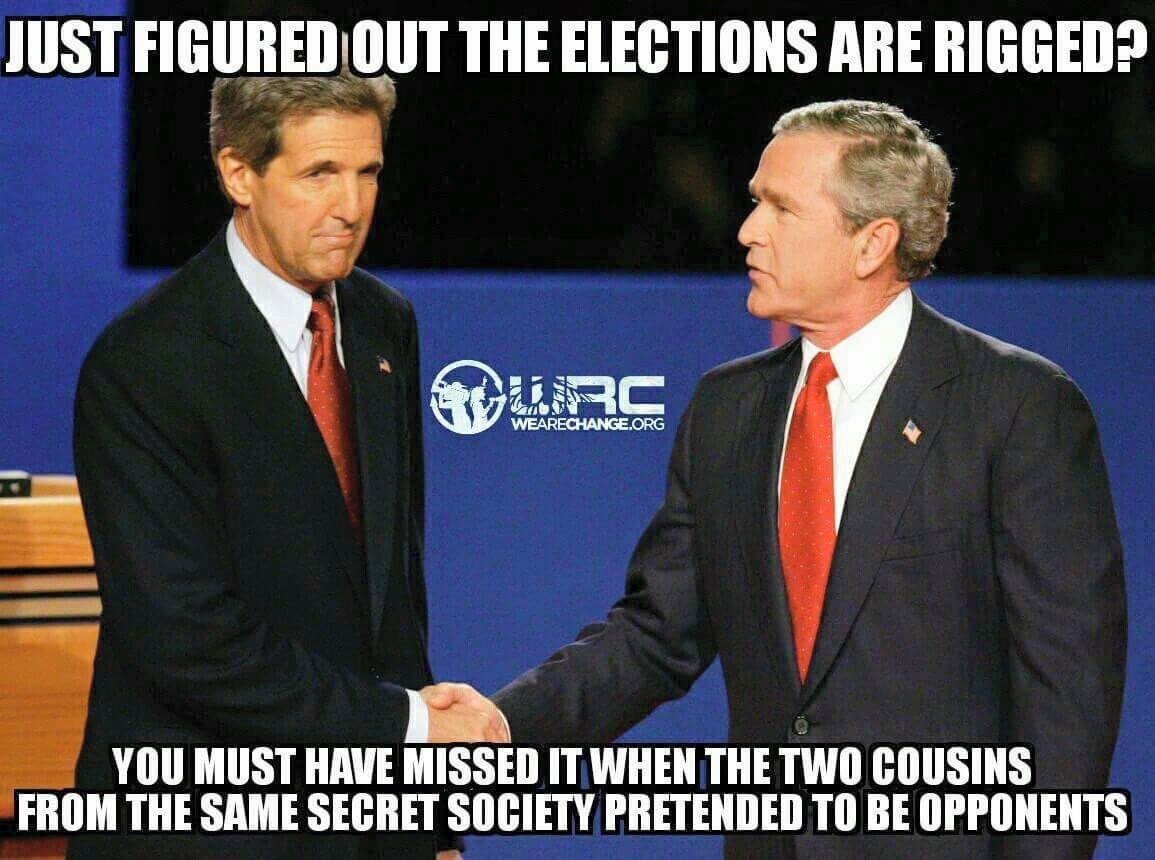 And the kid who mentioned it got tasered and dragged out of the room.

Probably right. We’re just about at that point. Something like that wouldn’t surprise me now.

How much he fights will be the indicator.