Why Did the US Conduct a Freedom of Navigation Operation Against India, and What Will the Fallout Be?

"The patrol came while US presidential climate envoy John Kerry was in the Indian capital on a three-day visit to push New Delhi to take stronger action on climate change." 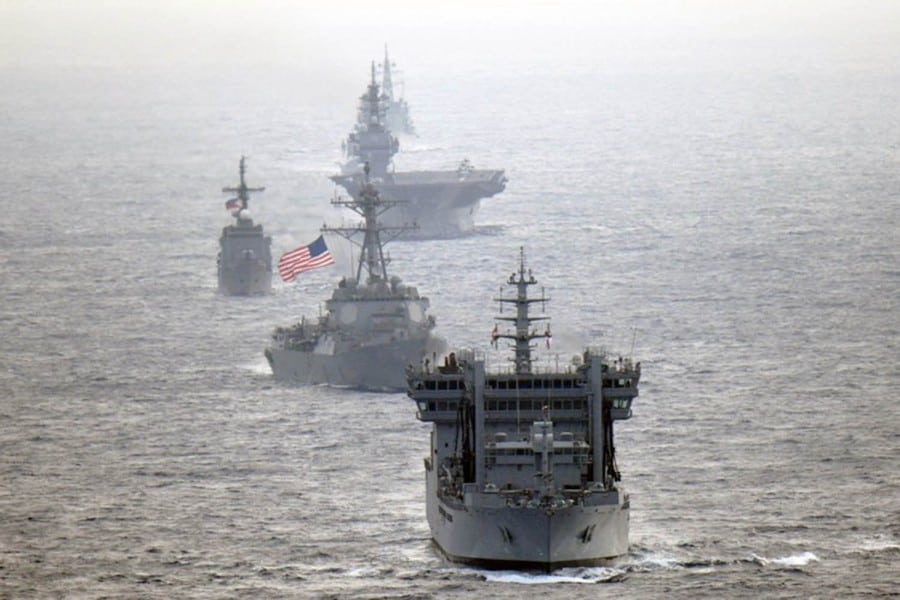 A month after their leaders were among the participants in the first-ever Quad summit, a naval operation is threatening to drive a wedge between the United States and India.

Feathers were ruffled in New Delhi after the US Navy on Wednesday sent a warship into India’s exclusive economic zone (EEZ) for a freedom of navigation operation (FONOP), without seeking prior approval. The patrol came while US presidential climate envoy John Kerry was in the Indian capital on a three-day visit to push New Delhi to take stronger action on climate change.

Stung by the suddenness of the operation, India’s Ministry of External Affairs on Friday registered a mild protest by implying that the operation was unauthorised, and adding that its concerns had been conveyed to Washington “through diplomatic channels”.

In response, American officials said the ship had simply “asserted navigational rights and freedoms in the vicinity” by conducting an “innocent passage” through Indian waters.

WHY HAS INDIA PROTESTED THE OPERATION?

The US Navy 7th Fleet on Wednesday issued a press release saying it had “asserted navigational rights and freedoms” inside India’s EEZ, and that it had done so by sailing the USS John Paul Jones, a 9,000-tonne guided missile destroyer, through Indian waters without requesting prior consent from New Delhi.

The “prior consent” to which the US Navy refers is the bone of contention between the two countries. In its Friday statement, India said it believed the 1982 United Nations Convention on the Law of the Sea (Unclos) “does not authorise other states to carry out military exercises or manoeuvres, in particular those involving the use of weapons or explosives, without the consent of the coastal state” in either its EEZ or on the continental shelf.

Unclos defines a country’s EEZ as the area in which it has “sovereign rights for the purpose of exploring and exploiting, conserving and managing the natural resources”.

In response, the US said it did not agree with India, and that New Delhi’s claim was “inconsistent with international law”.

WHAT IS THE REAL STORY BEHIND INDIA’S PROTEST?

On the face of it, New Delhi’s protest was indeed about the American operation and its rejection of the Indian policy that such operations needed “prior consent”. However, analysts said the rebuke also had a lot to do with the manner in which the US publicised its operation.

“More than the FONOP, what possibly irked New Delhi more was the publicity the US Navy gave it,” said Sameer Patil, a fellow in the international security studies programme at Gateway House, a Mumbai-based think tank, pointing to Washington’s move to announce the operation in a press release.

“Previously, they’ve carried out such operations [in New Delhi’s EEZ] against Indian claims but they have never announced it.”

Data made public by the US Navy Judge Advocate General’s Corps indicates that Washington has on multiple occasions since 1985 carried out FONOPs in Indian waters to oppose various of New Delhi’s maritime claims.

HOW SIGNIFICANT IS THE U.S. DECISION TO CONDUCT THE PATROL, AND WHY WAS IT ANNOUNCED?

The move is significant, but it is not uncommon. A closer look at FONOPs conducted by the US Navy over the years shows that they have been aimed at challenging many countries’ maritime claims, including partners and allies.

Between October 2019 and September last year, the US “challenged the excessive maritime claims” of 19 governments, including Brazil, Japan, Malaysia, South Korea, Taiwan, Vietnam and mainland China.

The US Navy conducted a similar FONOP in Sri Lanka’s EEZ on April 3, just days before the operation in Indian waters, and also challenged South Korea’s “excessive baseline claim” on March 31.

Patil said simply conducting such operations might not have been good enough for Washington, and that such public posturing through announcements was critical as a sign the Biden administration was reiterating the US’ role as a global leader.

“Under Trump, there was a criticism of the US’ inward-looking turn,” he said. “These operations are a sign that they are committed and that they are back on the global stage.”

WHAT ARE THE IMPLICATIONS FOR INDIA, AS WELL AS CHINA?

In its Wednesday announcement, the US said such FONOPs were “not about one country nor are they about making political statements”. But the reality might be slightly more nuanced.

Rachel Esplin Odell, a research fellow in the East Asia programme at the Quincy Institute think in Washington, wrote on Twitter that while the US’ statement was true, “it still picks and chooses” against whom it conducts FONOPs, and that it had not conducted formal operations against Australia or Canada “despite objecting to their ‘excessive’ claims”.

While this helps explain India’s aggrieved stance, some analysts also believe the US operations may end up exposing New Delhi’s vulnerabilities to China.

There have already been maritime run-ins between Beijing and New Delhi – in December 2019, a Chinese survey ship was ejected from Indian waters, while Indian fisherfolk have also complained to their government about the presence of Chinese trawlers.

Analyst Patil said the possibility of a similar Chinese operation to that of the US remained, “but if it does go ahead, it will evoke a sharp response from India, not just a diplomatic protest”.

Manoj Joshi, a distinguished fellow at the Observer Research Foundation in New Delhi, wrote for The Quint that such an exercise was also a signal for China.

“Beijing is being told that it should not get too excited when the US carries out the exercise in South China Sea – it is part of a global US practice to challenge those, even allies like India, who in its opinion make ‘excessive maritime claims’ beyond those specified by Unclos,” he wrote.

WHAT DOES THIS MEAN FOR INDIA-U.S. TIES?

While Patil said New Delhi would be “irked” and would realise how Washington “still does not understand Indian sensitivities”, there is unlikely to be any lasting damage to bilateral relations.

The two countries have seen an upturn in their relationship of late; US defence secretary Lloyd Austin recently chose India – calling it an “increasingly important partner” – for an international visit last month, along with traditional American ally Japan.

Last month’s Quad Leaders Summit also brought the two countries together, while the US and India last year signed the last of the three foundational military pacts, the Basic Exchange and Cooperation Agreement (BECA), which allow them to share geospatial intelligence and provide logistical support to each other’s militaries at army bases.

However, some analysts fear that the Modi administration might not have enjoyed the spectacle – the incident was reported extensively in Indian media, with many questioning the government’s response and its growing proximity to the US.