Why Did the Entire World Lose Its Nerve?

"Covid-19 hysteria is an emotional, identity-driven position masquerading as a set of facts" 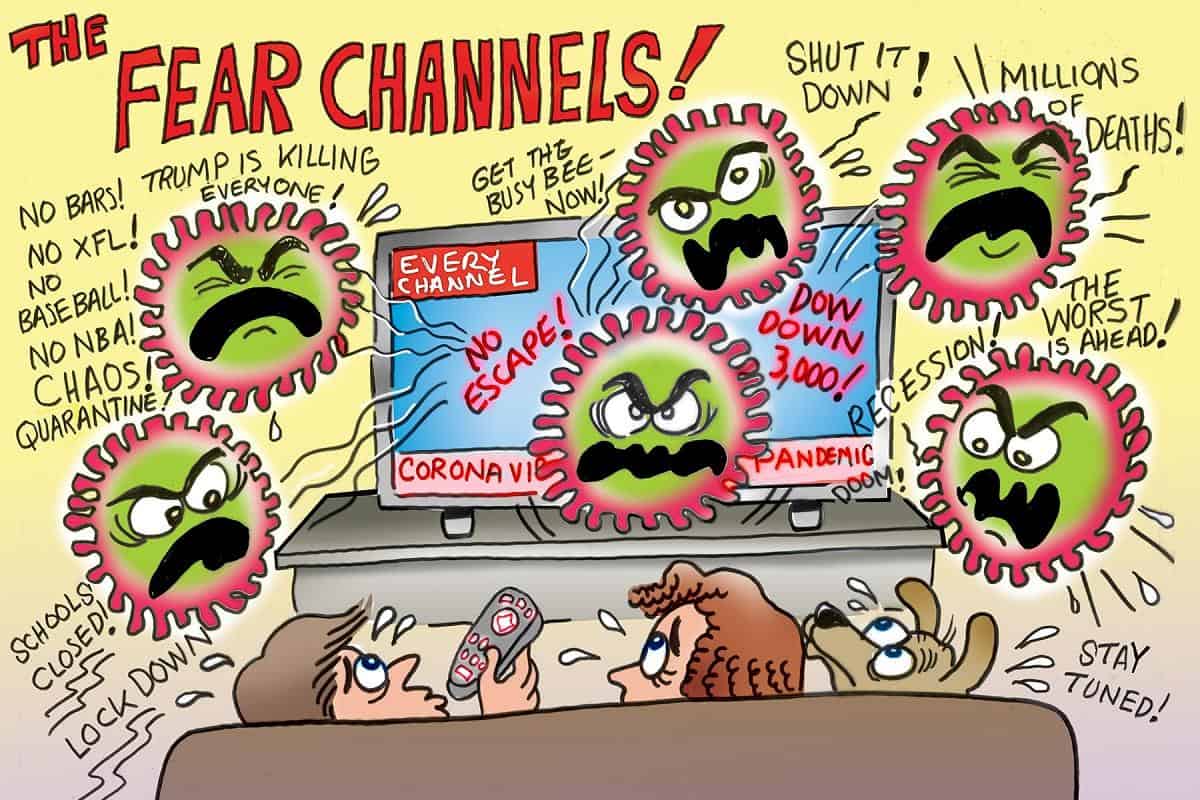 A few things to make clear up front: I am not ideologically opposed to state intervention in areas of public health; I believe vaccines work; I believe Covid-19 is a real, somewhat dangerous disease which emerged in China in late 2019 and can be fatal; I’m not a Brexiteer or libertarian.

But I believe a form of mass hysteria has spread through society in relation to the Covid-19 pandemic. Rational thought about costs and benefits has evaporated, and we have done more harm than good in our response.

Instead of a conspiracy theory, here is a plausible ‘good faith’ explanation for why this may have happened.

The origins of the hysteria, in my view, lay with many researchers and public intellectuals who had been theorising about ‘The Great Pandemic’ for a long time.

It may not have been a mainstream topic of conversation, but anyone interested in fields like medicine, complexity science, and risk analysis would have heard chatter about the imminent pandemic threat.

There’s no doubt that some people were highly attuned to the possibility of a deadly pandemic. They had developed toolkits for forecasting and responding to it, often based on mathematical models they had fallen in love with.

The risk, as always in politics, is that you fight your last war. Many of the most draconian responses to Covid-19 have been promoted by people who cut their teeth on Ebola and SARS outbreaks.

Both those diseases are far more deadly than Covid-19 – making it easier to persuade the public to comply with tough control measures, and heavily penalising any society that fails to control an outbreak.

As anecdotal information arrived from China, Iran and Italy that something very bad was happening (and let’s be honest, it was!) this information wasn’t weighed up properly. People didn’t pause to think about whether the disease would behave like this in all settings, but began to accept that it was The Great Pandemic that everyone had feared.

The next step, after enough influential people had succumbed to confirmation bias, was to start distorting the information pipeline.

This wasn’t fake news, it was just a massive imbalance of information.

As the threat from Covid-19 became apparent, there was a well-intentioned global effort to churn out Covid-19 data as quickly as possible.

I doubt I was the only person to spend much of the early part of 2020 looking at Worldmeter time series of Covid-19 case and death counts in different countries.

John Burn-Murdoch at the FT produced a dazzling array of charts showing fatalities, introducing a lay audience to log-scale charts, and then publishing what he called ‘gold standard’ data on excess deaths.

It was very easy for anyone vaguely interested in data to become an expert of sorts, just by following a few Twitter accounts and reading the right newspapers.

But the catch was that the policy response to Covid-19 could not be judged solely on Covid-19 outcomes. We also needed to look at second order effects of each policy response: mental health problems, cancer deaths, job losses, mortgage defaults, domestic violence, child abuse, and so on.

Much of the data needed to judge these second order effects still does not exist. The urgent ramp up of Covid-19 data was not matched by any urgency to collect and publish this data at a similar rate. So the cost-benefit analysis is inherently biased in favour of Covid-19 preventation.

With public health officials judged exclusively on their performance on Covid-19 KPIs, tunnel vision was naturally going to set in.

We had uninformed attention seekers like Piers Morgan flying the flag for extreme reactions to Covid-19 on the basis of their own very rudimentary understanding of the statistics.

A particularly bizarre moment was a debate on Channel 4 News on 12th March 2020 where Tomas Pueyo (a ‘growth hacker’ at an e-learning company) debated John Edmunds (a professor of epidemiology and SAGE member).

Pueyo had written a blog post Coronavirus: Why You Must Act Now, which had attracted global attention. It was superficially plausible, but riddled with overreaching arguments, overconfident predictions, and false equivalences.

On the programme, Edmunds says that we are past the stage where eradication is feasible, and that “the only way to stop this epidemic is indeed herd immunity” (one assumes he means via either infection-recovery or vaccination).

Pueyo, who has only recently appointed himself as an expert on pandemics, theatrically holds his head in his hands. “This is like deciding, you know what, this forest might burn, so let’s cut a third of it! This is crazy!”

Crude, back-of-a-fag-packet calculations and hand waving arguments were granted authority, because informed critics could not match the hysterics for eye-bulging certainty.

Unfortunately, social media platforms are a major reason why so many countries collectively lost their nerve. Pueyo’s accessible blog post spread like wildfire. Worldometer charts allowed people to naively compare their progress against other countries, and force change. Only Sweden held out.

The final nail in the coffin was the sifting of Covid-19 viewpoints into old political tribes.

Lockdown scepticism started to become a Brexiteer/libertarian position. Strong support for masking and social distancing was associated with so-called ‘Karens’.

Teachers’ unions saw an opportunity to undermine the Johnson government by nonsensically advocating for prolonged school closures, despite plenty of evidence from other European countries that this was unnecessary.

In the States, anything Trump said about coronavirus was instinctively added to the list of wrongthink by his political opponents, even when he accidentally said sensible things.

Lest we forget, Trump was one of the first advocates for restricting travel from China when the outbreak first happened – in hindsight, a sensible move.

We now have Twitter dominated by Covid tribes like #WearAMask, #ClapForTheNHS and #KBF (Keep Britain Free). They each draw from predictable ends of the political spectrum. It is all very reminiscent of Brexit.

It is challenging to have a nuanced discussion about Covid-19 on social media now, although there are a handful of scientists who have held firm – Prof Francois Balloux is one of the most impressive at neither downplaying the genuine threat from Covid-19, nor succumbing to tunnel vision.

How do we escape this?

Eventually, we run into the old reality that ‘facts don’t care about your feelings’. Covid-19 hysteria is an emotional, identity-driven position masquerading as a set of facts.

It has spread so widely, though, that there are few control cases available for comparison, besides Sweden.

Sweden is a useful example for lockdown sceptics, but it is too easy for pro-lockdown voices to dismiss Sweden as an outlier country that anyway experienced a higher death toll than neighbouring countries.

On individual questions like school closures, we are starting to see some emerging evidence that the hysterics were wrong. Perhaps similar evidence will emerge soon on measures like track and trace, mask wearing, and so on.

Many of the ‘Covid Hero’ countries like New Zealand will see that status diminish as they find themselves vulnerable to imported outbreaks. That may help to recalibrate the debate.

Sadly, though, I fear it will only be the rampant social, economic and psychological destruction we inflict on the world’s youth that will eventually up-end the mainstream consensus.