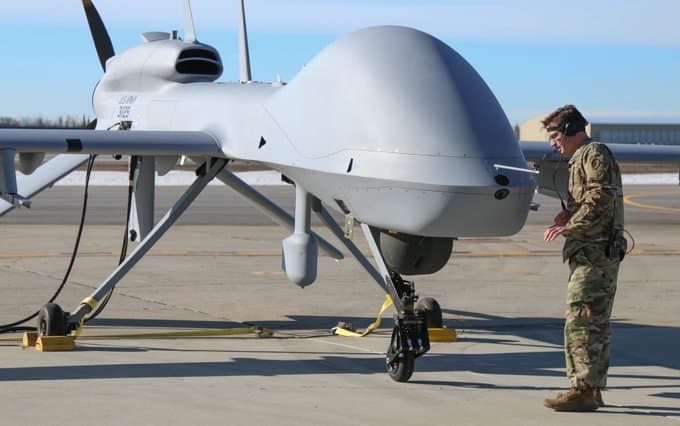 It was literally only yesterday that President Biden assured the country in a New York Times op-ed that we would not provide weapons to Ukraine that could penetrate deep inside Russia, risking an escalation to a wider war with Moscow. Now reports are emerging that the White House may be readying to sell [“Sell” for the money they gave them.] Kyiv some of our best killer drones which have the capability of doing just that.

According to an exclusive Reuters report this afternoon, three people close to the situation say the White House has plans to sell Ukraine four MQ-1C Gray Eagle drones that can be armed with Hellfire missiles. The unmanned vehicles are made by General Atomics and are currently used by the U.S. Army, seeing service in Iraq and Afghanistan. We also know it’s been used in the AFRICOM area of operation as recently as 2021, because of an emergency landing that had gone public in northern Niger. At the time, Aviationist writer David Cenciotti described the Gray Eagle this way:

It can fly Reconnaissance, Surveillance, and Target Acquisition (RSTA); convoy protection; Improvised Explosive Device (IED) detection as well as providing live aerial imagery to ground patrols carrying also PGMs (Precision Guided Munitions): in other words, it can support a wide variety of missions including attack, assault, reconnaissance, infiltration and exfiltration, and any kind of known or unknown special operations you may imagine.

It can also fly for 30 hours or more without resting and can carry heavier payloads than the Turkish drones that the Ukrainians are using today. In fact, the Reuters piece calls it “a leap in technology” that “is significant because it puts an advanced reusable U.S. system capable of multiple deep strikes on the battlefield against Russia for the first time.”

In his op-ed in the New York Times Tuesday, Biden assured, “We are not encouraging or enabling Ukraine to strike beyond its borders. We do not want to prolong the war just to inflict pain on Russia.”

Yet the Pentagon announced a new $700 million package just yesterday that includes advanced rocket systems with a range of up to 50 miles, which has the potential of hitting targets within Russia. U.S. officials insisted, however, that they received “assurances” from Ukrainian leaders that they would not be used against Russian territory. The delivery systems, by the way, can be outfitted with longer range missiles down the road.

According to Reuters, the sale of the killer drones would have to go before Congress so it could be scuttled. The White House said at this point there “was nothing to announce,” but the sources for the story said plans were already in motion to train Ukrainians on the sophisticated unmanned system.

USA is planning to sell Ukraine 4 MQ-1C Gray Eagle Drones which have a range of 400 Km and can fly for over 30+ hours, and can carry up to 8 Hellfire Missiles#UkraineWar #Ukraine pic.twitter.com/Y5QL3PpfOL

Ukrainian president Zelensky has increasingly asked for more sophisticated offensive weapons. Biden tells us that we are only giving Ukraine enough “so it can fight on the battlefield and be in the strongest possible position at the negotiating table.” But this drip-drip of weapons deliveries feels like a slow-moving escalation, and one that may end up going way beyond fueling Ukraine’s capability to fight its own battles on home turf. (Remember the story about the anti-ship missiles? Turns out that conveniently, Denmark is supplying the American-made Harpoons to Ukraine.) What we can look forward to tomorrow is anyone’s guess. 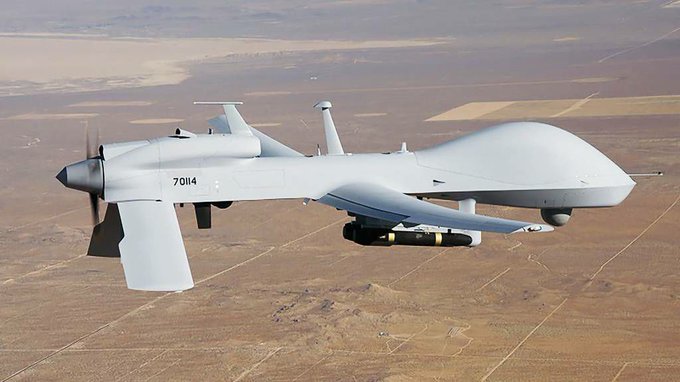 4 Comments
Reply To Tom
Cancel Reply
Telegram Group
AE has a supporting readers Telegram group where we hang out and exchange leads and takes. If you have ever donated to AE drop me a line on email and I'll send you the link to join.
Anti-Bellum
Antiwar.com
Brownstone Institute
Edward Slavsquat
Fourth World
Swiss Policy Research
The New Kremlin Stooge
Read the rules before you think about leaving a message
Anti-Empire