White House Backs Down on Federal Vaccine Passports: Beginning of the End of the Panic?

"The whole system would have been too unwieldy. This time. Watch for it in future." 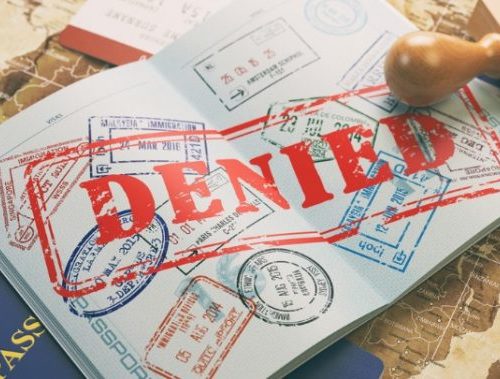 The oligarchs behind Biden are backing down on the vaccine passports. According to The Hill:

White House press secretary Jen Psaki on Tuesday ruled out the Biden administration playing any role in a “vaccine passport” system as Republican governors in particular balk at the concept.

“The government is not now, nor will we be supporting a system that requires Americans to carry a credential. There will be no federal vaccinations database and no federal mandate requiring everyone to obtain a single vaccination credential,” Psaki told reporters at a briefing.

The White House has been clear that it would defer to private companies if they wanted to implement some type of vaccine passport system in which individuals would have to provide proof that they received one of the coronavirus shots.

“Our interest is very simple from the federal government, which is American’s privacy and rights should be protected so that these systems are not used against people unfairly,” Psaki said.

That’s it. It’s over. A rare victory for Reality!

Governors DeSantis, Abbot, and some others (Missouri) wrote executive orders banning vaccine passports. Florida plus Texas already was too much for the oligarchs to buck against. The others coming along made it impossible.

You can’t ask for papers on one side of the border and not on the other, and vice versa. The people in the blue terror states would soon become too uppity and refuse to play along. What do you do with feereners who are just visiting and haven’t any paperz? Even if you can, how do you check? Vaccine status would have to be just as rigorously tracked as citizenship.

They could have still got away with it on travel, maybe, since our last panic (“war” on terror) gave us Homeland Security, which nationalized all the airport securities. Don’t forget the mandate useless masks on flights because of our current panic.

But the pushback was too much for them. For now, anyway.

I doubt it was citizen complaints that did this. Those might have influenced Abbot and DeSantis and others, sure. But the oligarchs don’t give a damn about citizens. Sure, if vaccine passports went into effect, there’d be a terrific short show of folks saying they’re not playing along.

Then they’d play along after they couldn’t get a flight to Disney.

The Hill also said, “The World Health Organization on Tuesday cautioned that the use of vaccine passports may not be an effective way to reopen global travel, citing the lack of vaccinations in certain pockets of the world.”

The whole system would have been too unwieldy. This time. Watch for it in future.

This could be the beginning of the end of the panic. I had hoped it would be when Abbot opened Texas. But you recall the howl from the evil media saying it was the end of the world. They weren’t ready to let go, since they had done so well in the panic they helped create. But it can’t last forever.

The backdown on vaccine passports just happened yesterday. We’ll see what idiocies the media gives us. The size of their lies and the amount of their spittle will be a good guide to how close we are to the end.

See if you can discover their level of hysteria, and leave headlines etc. in the comments.

This will be a tremendous blow to Microsoft, Salesforce, Oracle, and IBM who were all set to profit. Watch for their spokespeople to react, too.

All this does not mean certain venues and localities won’t still require vaccination, or try to. Schools, for instance, hospitals and so forth. I imagine some woke behemoths will try. Look for something like Google, only to face a backlash as its remote employees ask why they have to bother. My body, their choice.