While Turkey Encourages Karabakh Violence, Iran Has Much to Lose From It 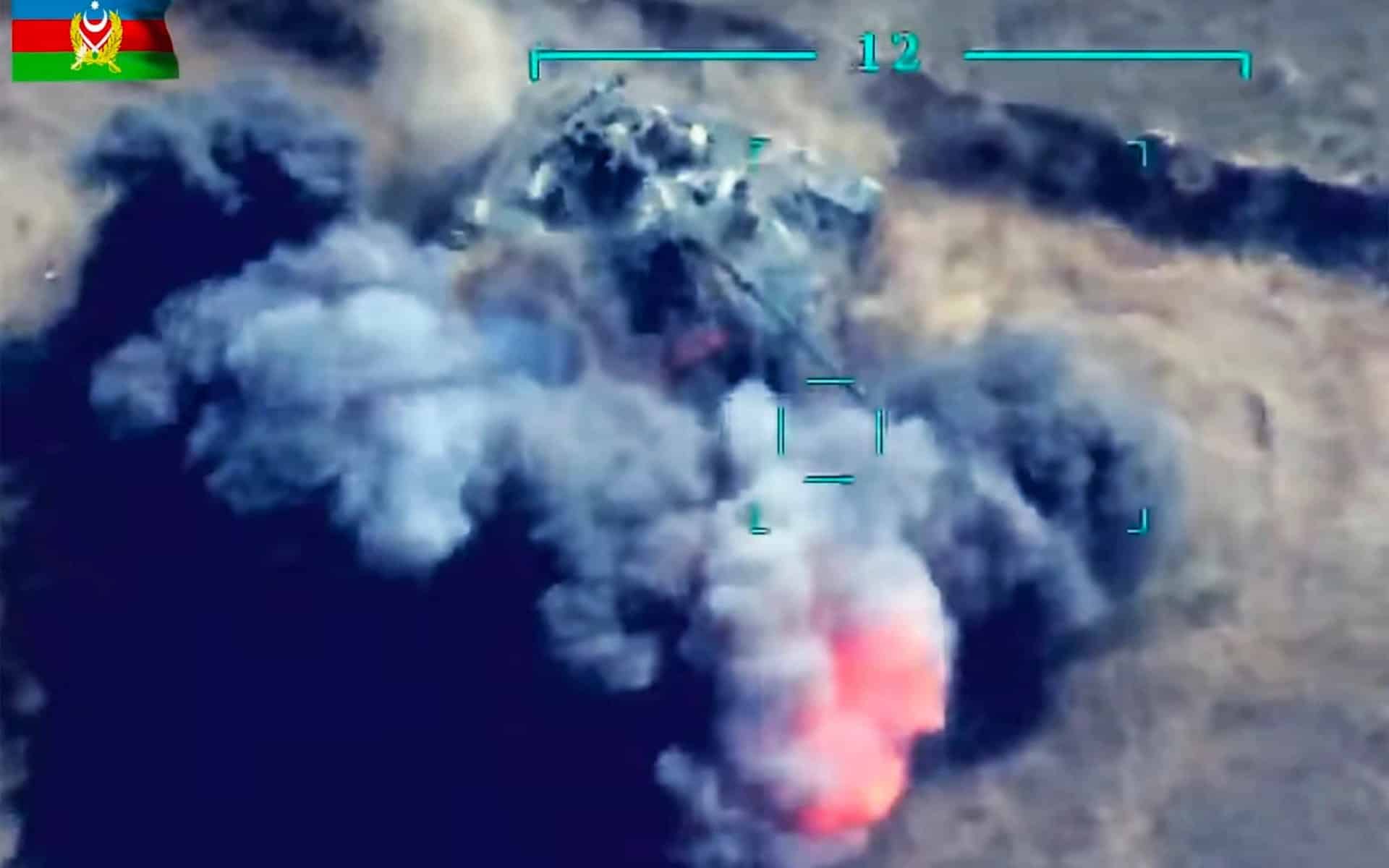 Start with Turkey, the larger economic force in the Caucasus. For months Ankara’s full-throttled support for Azerbaijan, its bellicose rhetoric and their joint military drills, have looked like preparations for war. President Recep Tayyip Erdoğan is using the conflict to boost his credentials with nationalists and distract from perpetual economic crisis at home, much as he has done around the Mediterranean in recent years.

Domestically, his hawkish, hands-on foreign policy has helped Erdoğan’s Islamist political base forge an alliance of convenience with secular nationalists. From talking tough with Europe on immigration, Libya, and Mediterranean energy, to restoring the famed Hagia Sophia as a mosque, Erdoğan seems bent on doing anything for a short-term win at home. Given widespread animosity toward Armenia and the close communal and historical ties with Azerbaijan, the current resumption of fighting over Nagorno-Karabakh provides Erdoğan with yet another rallying cry – and distraction.

The timing is not coincidence: COVID-19 has brought the Turkish economy, already gutted by a debt crisis, to its knees.

Iran, on the other hand, is watching the events nervously. The Islamic Republic is home to sizeable Azerbaijani community, perhaps one quarter of the population, within which elements have flirted with independence. Iranian Azeris form an influential political and economic block that has become vocally frustrated with perceived discriminations in recent years. It was, thus, no surprise that protests in support of Azerbaijan popped up in Tabriz, Urmia and Tehran during a bought of fighting over Karabakh in July.

Yet in one of the clearest signs of its pragmatic approach to foreign policy since the Islamic Revolution – and born out of a desire to enervate any potential political link between its own Azeri regions and Baku – Tehran has generally supported Christian Armenia over Shia-majority Azerbaijan since the two became independent in 1991. Notwithstanding improvements in bilateral relations in recent years, Baku and Tehran bicker over Baku’s ties to Israel, the development of Caspian Sea energy resources, and Tehran’s alleged support for religious groups inside Azerbaijan.

More recently, Baku has complained that Tehran is allowing Russian weapons shipments to Armenia to transit Iranian airspace. A September 28 article on a website linked to Azerbaijan’s security services pointed to these shipments and asked, “Who is our friend and who is our enemy?” It went on to demand “a more intelligible and decisive position” from Tehran. Baku has not complained directly to Tehran, at least not publicly, but on September 29 Tehran denied claims that shipments of Russian materiel to Armenia were crossing Iran by land.

This considerable mistrust puts Tehran in an awkward position. Given its lack of credibility as a neutral actor, its offer this week to mediate between Baku and Yerevan will, similar to its offer in July, go ignored. Yet Tehran cannot remain indifferent. It has economic interests in both Armenia and Azerbaijan. Even more troubling, the prospect of protracted conflict on its northern border could lead to the reemergence of protests in support of either waring party and possibly clashes, even anti-government ones, while Tehran’s domestic credibility is at a low ebb thanks to its daft handling of COVID-19.

Such divergent views by the two regional heavyweights will do little to bring peace to Nagorno-Karabakh. Not that Ankara or Tehran have traditionally played the role of peacemaker. But with the world distracted by COVID and economic crisis – and traditional meditators Washington, Moscow and Europe preoccupied with a growing number of bitter disputes – it is regretful that two would-be regional powers cannot play a more constructive role in ending this decades-long war.