What Is an Isn’t Currency Manipulation? 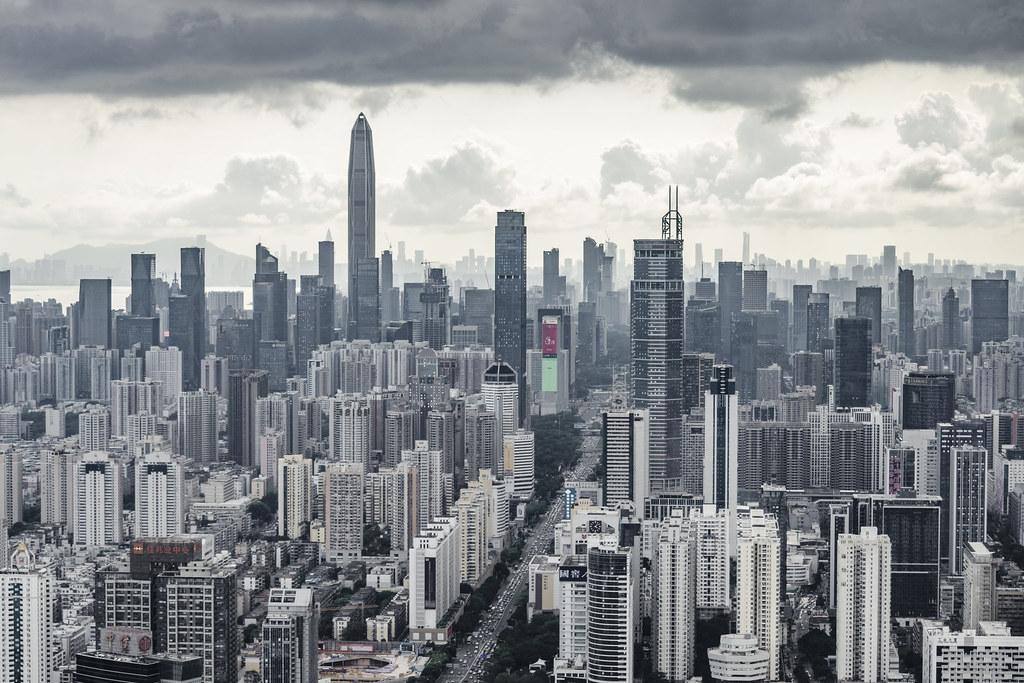 With his ill-advised, incongruous, amateurishly-executed trade war, President Trump has uncorked a cacophony of reverberating effects that are beginning to spiral out of control and will prove difficult to subdue. Among those effects is the force of downward pressure on the value of the Chinese currency, as multinational businesses relocate to other countries to avoid the tariffs, and the savings of Chinese households and investors go searching for safety in the United States and elsewhere.

Trump’s chosen course of action has sent waves of uncertainty across the globe and one of the most predictable responses to uncertainty is flight to safety—that is, purchases of what are considered relatively safe U.S. assets.

It’s some sort of paradox that global uncertainty—even when induced by the risky policies and actions of an impulsive, unpredictable U.S. president—inspires people to invest in U.S. and other dollar-denominated assets. But it does.

As global uncertainty stokes demand for dollars, the certainty of U.S. tariffs on Chinese-originating goods further reduces demand for Chinese yuan, exacerbating the downward pressure on the price of yuan in dollars.

This precipitous depreciation, which is a consequence of Trump’s policies, has got the president and other like-minded rabble-rousers accusing the Chinese of currency manipulation. Late yesterday, Trump’s Treasury Department squandered its credibility by labeling China a currency manipulator, despite Beijing meeting only one of the three criteria necessary for such a conclusion.

Do you want to know what’s not currency manipulation? The People’s Bank of China observing the value of the yuan plummet as markets respond to Trump’s tariff frenzy is not currency manipulation. The Chinese monetary authorities have been trying to prop up the value of the yuan to discourage capital flight and instill confidence in the yuan, but they’ve had to burn through over $1 trillion of reserves just to maintain the yuan’s value, which continues to fall in response to Trump’s tariffs.

The “scourge” of currency manipulation and what to do about it has been vexing policymakers for a long time. Back in 2003, Sen. Chuck Schumer (D-NY) first introduced a bill calling for a 27.5 percent tariff on all imports from China to compel Beijing to allow the undervalued yuan to appreciate. But Schumer’s idea was rejected as a massive consumption tax on the American people—as well as a violation of World Trade Organization rules (yes, youngsters, WTO compliance used to matter to U.S. policymakers). But that didn’t stop Schumer from re-introducing the same bill in subsequent Congresses with Sen. Lindsey Graham (R-SC), where it met the same fate.

Since then other proposals have come and gone and come again, including the idea that currency manipulation should be treated as a subsidy and remedied under the U.S. Countervailing Duty law. That proposal, which ran into a lot of objections for practical and theoretical reasons in the past, was recently reincarnated by the U.S. Commerce Department. Commerce is proposing to retrofit the regulations governing administration of the CVD Law, so that U.S. tariffs can be imposed under circumstances where they are currently prohibited.

A quick review of how Sen. Schumer came to choose 27.5 percent as his magic number illustrates why skepticism about using the CVD law in this manner is still warranted. When Schumer introduced his bill, economists were generally in consensus that the Chinese currency was undervalued. But they disagreed widely about the magnitude of undervaluation. Economists from the IMF, the OECD, the Federal Reserve, the U.S Treasury, think tanks, and academia were all producing different estimates. Schumer chose 27.5 percent because it was the midpoint in a range of dozens of these estimates spanning from 10 percent to 45 percent.

More important than the obvious imprecision in Schumer’s approach is the fact that reputable economists from esteemed institutions disagreed widely in their estimates of undervaluation. This tells us that different economists took different approaches to estimating the difference between the yuan’s actual value and its true market value, which is pretty revealing about the problem at hand. There is no consensus among economists about how to estimate currency undervaluation because there is disagreement about how to ascertain the true market value of a currency unless it is free-floating and determined by its supply and demand.

Considering that economists’ estimates of Chinese currency undervaluation varied by as much as 35 percentage points, and that any methodology employed by the U.S. Department of Commerce — in its zeal to protect domestic producers above all else — would certainly differ from one employed by an MIT or IMF economist, countervailing duties would likely worsen any distortions and inflict collateral damage on consumers and import-using producers.

Moreover, if a currency’s true market value is determined by the intersection of its supply and demand curves, it is important to recognize that those curves (their shapes and positions) are affected by underlying economic activity, as well as public policy—monetary, fiscal, and regulatory. In other words, currency values reflect all sorts of policy decisions that it would be improper to indict direct manipulation occurring through currency market interventions, but not indirect manipulation delivered through other policy channels—or presidential signaling via Twitter.

Last week Sens Josh Hawley (R-MO) and Tammy Baldwin (D-WI) introduced a piece of legislation ostensibly to discourage foreign currency manipulation. But it is premised on a very poor understanding of economics. “The Competitive Dollar for Jobs and Prosperity Act” would require the Federal Reserve to establish an exchange rate policy “to achieve and maintain a current account balance.”

The main tool to assist the Fed in achieving this dubious objective would be a “market access charge” on foreign purchases of U.S. assets. In other words, balance would be achieved by limiting the inflow of foreign capital through taxation, which would deprive the U.S. economy of the very oxygen it needs to be a competitive economy.

Foreign investment in the United States is a blessing and a seal of good housekeeping—and the fact that foreigners want to hold U.S. assets is hugely beneficial to Americans and the U.S. economy. Discouraging it is akin to raising the white flag and declaring the United States no longer wishes to participate in the global economy—something reminiscent of China closing itself off to the world in the early 19th century, ushering in its infamous century of humiliation.

Currency hawks long have exaggerated the impact of currency values on trade flows. Of course, they matter. But with the proliferation of global supply chains and cross-border investment, the overwhelming majority of trade flows today are intermediate goods, so the effect of currency values on final prices cuts in different directions. That’s why, despite a 38% appreciation of the Chinese Renminbi vis-à-vis the dollar between 2005 and 2013, the bilateral U.S. trade deficit with China didn’t decrease, but rather increased by 46%.

That’s why Yen depreciation, by increasing the cost of imported inputs priced in foreign currencies, raises the cost of production in Japan and can make Japanese producers less competitive in the global economy, not more.

Support in Congress for the president’s trade war and his fabricated claims that China is manipulating its currency suggests that bilateral relations and global economic conditions are going to get a lot worse before they get better.