Is granted meeting with Premier Li 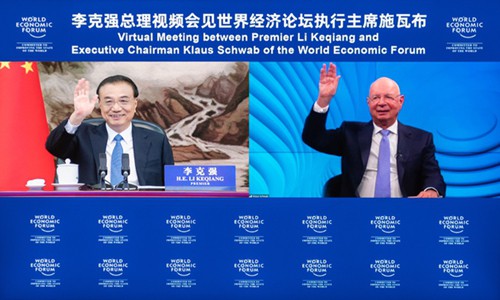 Global development is confronting uncertainties and instabilities at present, but the peaceful development of the world and the communication between countries are the same pursuits of everyone and in line with the global trend, Li stated. Schwab said WEF has maintained a good relationship with China in the past 40 years. As the world faces multiple challenges and risks, the WEF is willing to cooperate with China and push global communication, and play roles in climate change, industry transformation and equity.

Li stated that the cooperation between China and WEF may point to signs for the economic development and living standards across the world, and vowed to increase communication with parties to create conditions for win-win results by standing firm with the principle of opening-up.

As China announced the GDP statistics in the first half of 2022 last week with 2.5 percent year-on-year growth, the economy-focused meeting between Li and Schwab bodes well for China’s recovery in the second half of 2022, Tian Yun, former vice director of the Beijing Economic Operation Association, told the Global Times on Wednesday.

The International Monetary Fund (IMF) lowered China’s 2022 projected GDP to 4.4 percent in April before the half year growth figures were revealed. “Considering China’s economic potential in the second half of 2022, the annual growth of 4.4 percent seems too low,” Tian noted.