We All Owe Putin a Huge Apology

The hazmat suit was totally warranted

Most scholars agree that March 24, 2020—the day when Vladimir Putin wore a biohazard Teletubby costume as he pranced around Moscow’s premier COVID ward at Kommunarka hospital—is one of the most embarrassing days in Russian history.

It was truly a day of infamy. Like billions of other people around the world, your humble Moscow correspondent began to wonder to himself: is Putin a massive tool?

Some even went so far as to suggest that the Russian president was guilty of attempting to spread panic and terror among the masses—just days before lockdowns and other life-saving measures arrived in the country.

What these people don’t understand—what we didn’t understand until just now—is that your chances of getting out of Kommunarka alive are only slightly better than escaping from the Kursk.

Denis Protsenko—Kommunarka’s portly chief physician who was weirdly transformed overnight into a “celebrity doctor”—confessed in autumn of 2020 that his fabled COVID ward was a cesspool of hospital-spread viral “superinfections” causing daily sepsis massacres:

“A feature of patients with COVID-19 is the rapid formation of extremely dangerous superinfective bacteria in their body,” admits Protsenko. “It would seem that we just opened in March, we have new walls, and there should be no nosocomial strains. However, in three months they appeared in all intensive care units—and Staphylococcus aureus, and pneumonia, and others. The reason is the transfer from other hospitals of patients who brought microbes to us. Moreover, these are problematic strains with multiple resistance, which limits the possibilities of treatment. And we are detecting them more and more often.”

“The first patient was admitted to us on March 2, and since then we have treated 8,000 people,” says Protsenko. “We have carefully analyzed the causes of mortality… 73% of deaths were recorded in later periods of hospitalization, and the majority were caused by superinfection, which led to sepsis.”

In other words: a majority of “coronavirus” deaths at Russia’s most prestigious COVID ward are caused by hospital-transmitted superbugs that trigger organ failure. Coronavirus is a real killer. 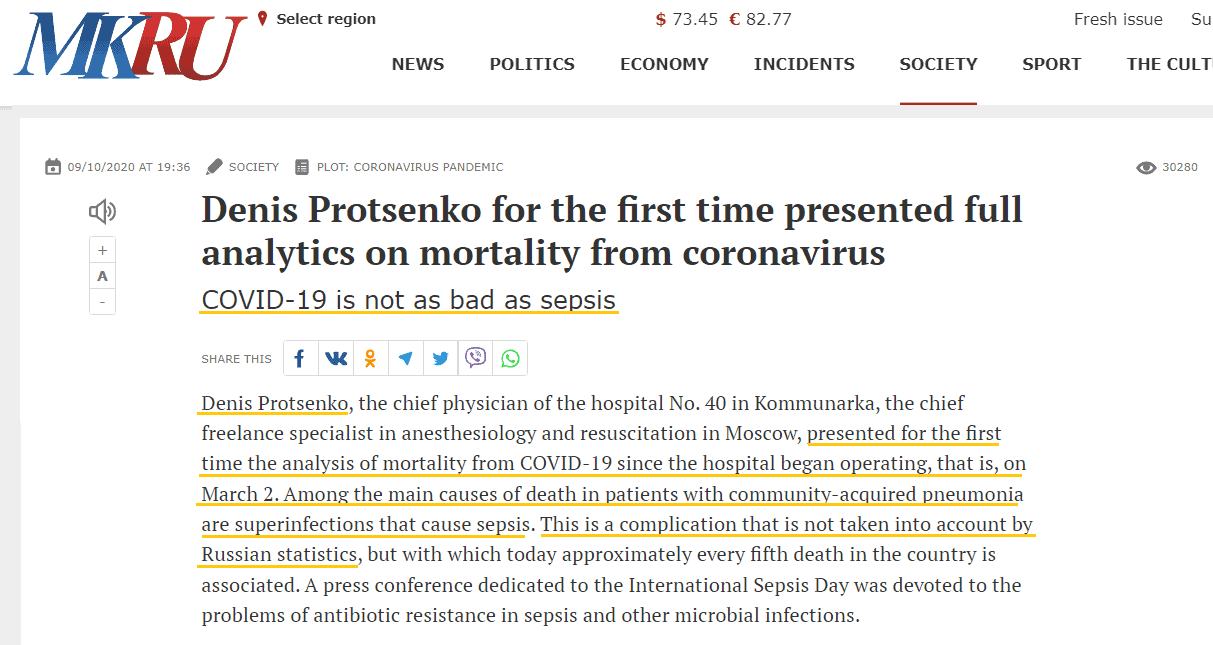 Now it all makes sense. Putin wore an anti-anthrax suit because he didn’t want to get sepsis-assassinated while walking around Protsenko’s nosocomial slaughterhouse.

It’s time for everyone to apologize to Vladimir Putin! That hazmat suit almost certainly saved his life.

By the way: Dr. Protsenko is now rotting in prison for massive medical malpractice, correct?

Less than a week later, he agreed to run for parliament on the United Russia ticket after receiving a personal telephone call from Putin. 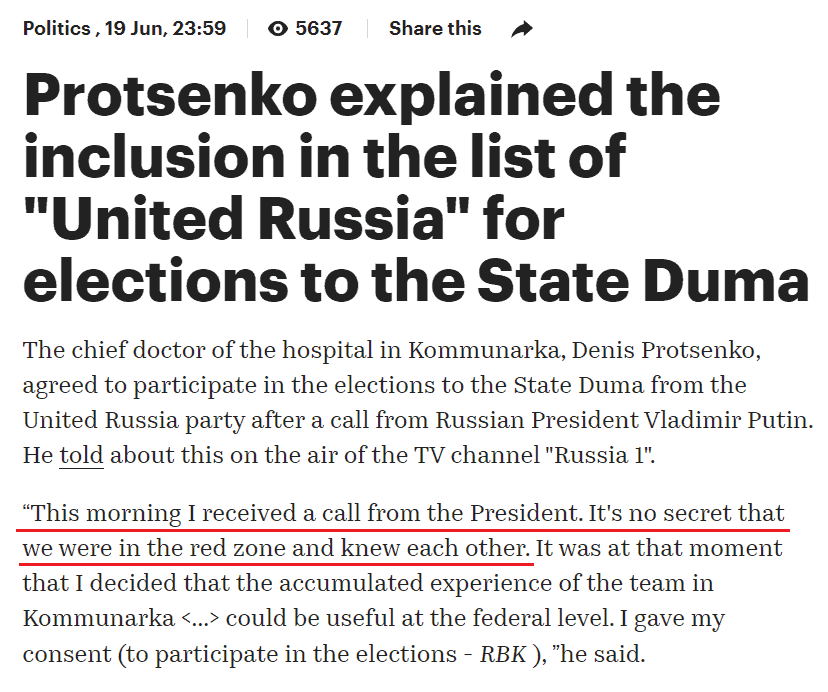 Imagine almost murdering the Russian president with bags of sepsis, and then one day, months later, your phone rings and you see on your caller ID that it is VLADIMIR PUTIN and you’re thinking to yourself Oh God Oh God as you slowly raise the phone to your ear, your whole body literally shaking as you cry tears of deep regret.

“HI DENIS, DO YOU WANT TO RUN FOR PARLIAMENT?”

This is how it is, these days, in Russia.

10 Comments
Leave A Reply
Cancel Reply
Telegram Group
AE has a supporting readers Telegram group where we hang out and exchange leads and takes. If you have ever donated to AE drop me a line on email and I'll send you the link to join.
Anti-Bellum
Antiwar.com
Brownstone Institute
Edward Slavsquat
Fourth World
Swiss Policy Research
The New Kremlin Stooge
Read the rules before you think about leaving a message
Anti-Empire