If Russia keeps afloat thanks to refusal to take on debt or print money, what does that spell for the US?

The preeminent American financial paper The Wall Street Journal recently pointed out the Russian government remains as stable as ever despite the expectation that western sanctions and low oil prices would bring it down.

WSJ explains this is so because Putin has pursued austere fiscal and monetary policies. It points out Soviet Union under Gorbachev collapsed when he begun to run up large deficits which ultimately sank the currency. Putin on the other hand has implemented conservative (market liberal) macroeconomics and has reaped the benefits:

Where the Soviets suffered from an exploding budget deficit, financed by money creation, today’s Russia has pushed through an aggressive austerity program, slashing spending on social programs and pensions to balance the budget.

The Bank of Russia has hiked interest rates to double-digit levels, driving inflation down to 6%, a respectable figure for an emerging market.

The Kremlin’s budget deficit will be a bit more than 3% of GDP this year, even though oil—which previously provided half of government revenues—is now selling for half its price two years ago.

This conservative fiscal posture helps explain why, unlike the U.S.S.R., Mr. Putin’s Russia has proven so unexpectedly resilient.

Despite Western financial sanctions, large Russian firms continue to attract the foreign-currency funding that they need.

Despite the commodity crash, Russian oil production is at a post-Soviet high. Russia’s economy is returning to growth even as Russia’s military wages war in Ukraine and Syria.

The Kremlin has mustered the resources that it needs to deploy power at home and abroad, even amid conditions similar to those that bankrupted the Soviets.

WSJ’s Chris Miller is contrasting today’s Russia to USSR, but the same differences mark Russia and the US as well. 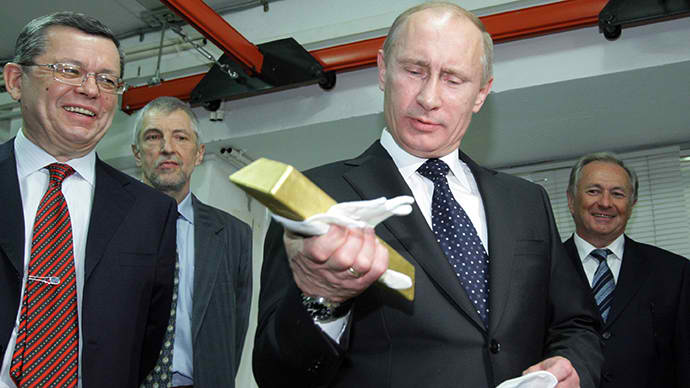 Where Putin’s Russia leads an austere existence chosing short-term pain to preserve its viability US instead runs giant deficits, now running over $400 billion per annum, to finance short-term comforts.

So far the US is able to find buyers for its debt so it can fool itself that “deficits don’t matter” for the time being — but ultimately all that debt will come due and when it does it can only be repaid by printing more currency and stabbing king dollar in the gut.

As Miller points out, educated by Gorbachev, Kremlin today is avoiding Soviet pitfalls. However the US is doing anything but.