What a supportive wife!

Heiko von der Leyen is the Medical Director of Orgenesis, a US biotech company that specializes in “cell-based vaccines” and gene therapies and deems itself “the Uber of the cell and gene therapy space”.

He has held this position since September 2020 and served on its Scientific Advisory Board since 2019. 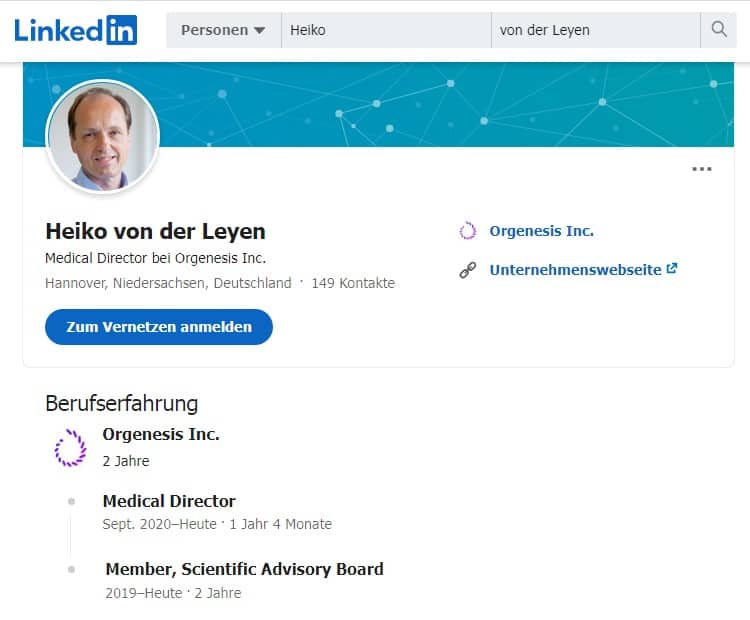 He is married to the Atlantic Council-decorated Ursula von der Leyen, a third-rate politician and failed German minister of defense raised up in backroom deals to serve as EU’s most influential official. Ursula says it’s time to talk about making Covid shots government-compulsory across the 445-million European Union:

The overwhelming majority of vaccines administered in the EU are Pfizer and Moderna mRNA shots.

Until 2020 mRNA shots had never been approved for use in humans.

The widespread injection of mRNA cocktails into so many arms since late 2020 has been praised as priming the humanity to accept gene therapies down the line.

This is what true love looks like folks. What a supportive wife! For marital bliss and a happy life look for a bride as supportive as Ursula.

She is definitely the winner of the Anti-Empire’s Supportive Wife of 2021 Award. The Anti-Empire’s Supportive Mother of 2021 Award however goes east, to Tatyana Golikova, Russia’s Covid commissar who has worked tirelessly for vaccine passports while her stepson Vladimir Khristenko manufactures the KoviVak vaccine (approved for use since February 2021).

It's a big club
12 Comments
Leave A Reply
Cancel Reply
Telegram Group
AE has a supporting readers Telegram group where we hang out and exchange leads and takes. If you have ever donated to AE drop me a line on email and I'll send you the link to join.
Anti-Bellum
Antiwar.com
Brownstone Institute
Edward Slavsquat
Fourth World
Swiss Policy Research
The New Kremlin Stooge
Read the rules before you think about leaving a message
Anti-Empire