The new religion cracks down on the old

A church in southwest London has accused the Metropolitan Police of “brutally exceeding their powers” after officers shut down a Good Friday service for allegedly breaching coronavirus restrictions.

Worshippers at the Christ the King church, a Roman Catholic place of worship in Balham that caters to the area’s Polish community, had been marking Easter when police broke up the service at 6pm.

Footage from the Liturgy of the Lord’s Passion service showed officers walking up to the pulpit and tell worshippers to disperse, warning they faced £200 fines or arrest for breaking lockdown rules.

UK police officers are breaking up masses during Easter. Do they really feel that they are serving the public good? Video from Balham, SW London.pic.twitter.com/OU6l4XjxPz

Church services are allowed to proceed without limits on the number of attendees during England’s lockdown, as long as social distancing can be observed with either two-metre spaces between worshippers or one metre where masks are worn.

The Metropolitan Police said officers from Wandsworth borough attended the scene following reports of large numbers queueing outside the building.

A spokesperson added: “Officers attended and found a large number of people inside the church. Some people were not wearing masks and those present were clearly not socially distanced.

“This gathering is unlawful” pic.twitter.com/JyQMsEtqYS

“We are particularly concerned about the risk of transmission of the Covid-19 virus as a result of large indoor gatherings at which people are not socially distanced and some are not wearing masks. As such officers made the decision that it was not safe for that particular service to continue.

“Understanding the sensitivity of the situation, officers engaged with the priest outside the church and were invited inside to address the congregation. No fixed penalty notices were issued.”

They added the force was aware of upcoming events scheduled at the church over the Easter period, and would be engaging with church authorities in the coming days.

However, the church said it believed it had held the event in accordance with lockdown rules.

It noted in a statement that “the faithful obeyed … without objection” when police ordered them to leave, but added: “We believe, however, that the police brutally exceeded their powers by issuing their warrant for no good reason, as all government requirements were met.

“The latest government guidelines of March 26, 2021 and the Episcopal Conference of England and Wales on the experience of Holy Week, clearly allow – with all sanitary rules – to be celebrated in places of worship with the participation of the faithful.

“All scheduled rites of Dedication of Easter, Easter Vigil, Easter Sunday and Easter Monday will take place in the order indicated. We ask everyone to observe the current sanitary requirements in the Church and the space of social life, and to pray that such situations will not be repeated.”

Labour MP Rosena Allin Khan, whose Tooting constituency encompasses the church, said she was “deeply concerned” by reports the service had been disbanded.

“Being of Polish heritage, I understand the sanctity of this day”, she said. “No doubt this was deeply distressing. My thoughts will be with you this Easter weekend.

“I have spoken with the Metropolitan Police and am assured the police are working with the priest and the wider community on this matter, with church sessions having resumed today.

“With the vaccine rollout well underway, it’s easy to forget the need for these guidelines. However please do continue to follow social distancing measures in order to keep ourselves and each other safe.”

Cops everywhere seem to be just dummies. Or are they just Freemasons doing their best in their participation in this COVID charade, shaking down the unarmed, defenseless and un- represented the people will never wake up to the Orwellian nightmare. Cops are a problem, but not necessarily the sherrifs, who seem to be less inclined to join in this attack on people and constitution.

Nothing to see here… MOVE ALONG… 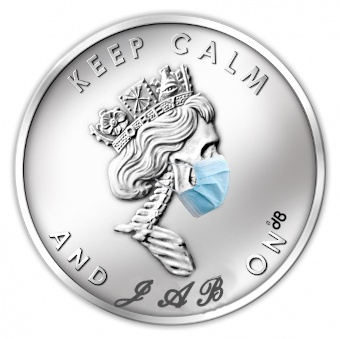 We are particularly concerned about the risk of transmission of the Covid-19 virus as a result of large indoor gatherings at which people are not socially distanced and some are not wearing masks. As such officers made the decision that it was not safe for that particular service to continue.

No, they’re only concerned with their lust of power.

“With the (experimental) vaccine (DNA hacking crapola) rollout well underway, it’s easy to forget the need for these guidelines” My corrections.

Yeah, right,,, Break up Gods services until Satan’s concoction is flowing in the blood of everyone. Get real!

Government officials, police, are now the servants of the underworld. They are the modern Pharisees out to protect their power, eliminating those that threaten that power by any means necessary.

Stop obeying their stupid “rules” only meant to enslave you. Can’t you see? They have the mutant strains now to continue their tyranny. It will never end!

Easter is the day Christ rose from the dead after being punished, tortured and killed. He did this not only to save your souls but to also free you of the evil Pharisees. You are meant to be free, not mind numbed zombies.

Peoples,,, do the same. You have been punished, tortured and killed now for over a year. Rise up from the dead symbolically and take your lives back. Free yourselves from these pigs and make a decent life for your children.

Tell them to take their rules, evil concoctions and fake pandemics and shove them where the sun never shines. Free yourselves!

It would not take much for people’s frustration to flare into violence. Whether or not it would be productive, revolutionary – as in targeted against the tormentors – or just a huge brawl with everyone swinging at everyone else in fury remains to be seen. But it’s building; the temper of ordinary folk is frayed and very near the surface, and they easily grow angry over small things that would once have been passed over as inconsequential. Maybe that’s all part of the plan, too.

It’s now plain that the public health gurus are going to fight the coronavirus until it’s gone, by which time the global economy will be in ruins and the rich pricks like Bill Gates and Jeff Bezos will own everything. Perhaps that’s what they mean by “you’ll own nothing, and you’ll be happy”. There’ll be no work, you’ll get a Universal Basic Income to cover your necessities, your diversions and titillations, and everything will be for rent on Amazon.