Video evidence of Turkish-Russian acts of war in Syria 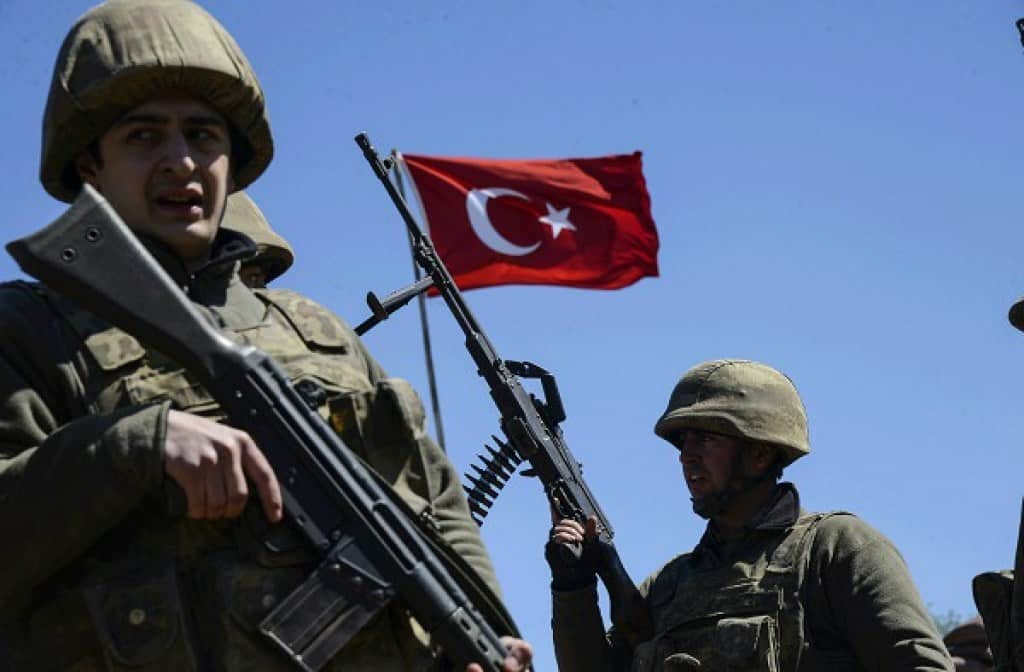 Thursday, during the Turkish and rebel vs Syrian and Russian battle of Nairab:

#Idlib. A24 News Agency report from yesterday showing Turkish commandos (?) firing with a MANPADS against the #RuAF. pic.twitter.com/SMHkqPzZ0i

The HD video (at 1:54) leaves no doubt these are indeed Turkish soldiers:

It is in the realm of possibility that the Turkish soldiers thought it was a Syrian Su-24, but it was in fact a Russian one. Or maybe they knew that. The Russians sport a different color scheme and only the Russians carry external fuel tanks:

To distinguish between SyAF and RuAF Su-24, you have to look at the external fuel tanks on both sides of the fuselage.
First two images show SAA Su-24, third and fourth image shows Russian Su-24.
Spot the difference. pic.twitter.com/5Dylji3E49

And a last comparison.
Difference is clear.
Today, only Russian jets were filmed hitting exactly where the Turkish troops were killed/injured and exactly where @ahmedrahhal2020 suffered from the attack.
Maybe there were other jets too, but very unlikely. pic.twitter.com/pxxeVrC9u1

Another video from Nairab battle shows that Turkish soldiers are intermingled with rebels as sort of advisers and leaders. As munitions drop from the air the rebels immediately drop their weapons to record with their phones. The only person with a rifle in hand is a Turkish soldier yelling at them to get back to cover:

The Turks are sending in the Low altitude Atilgan SAM to #Idlib. What a mistake they're about to make. pic.twitter.com/h0regCb5lY