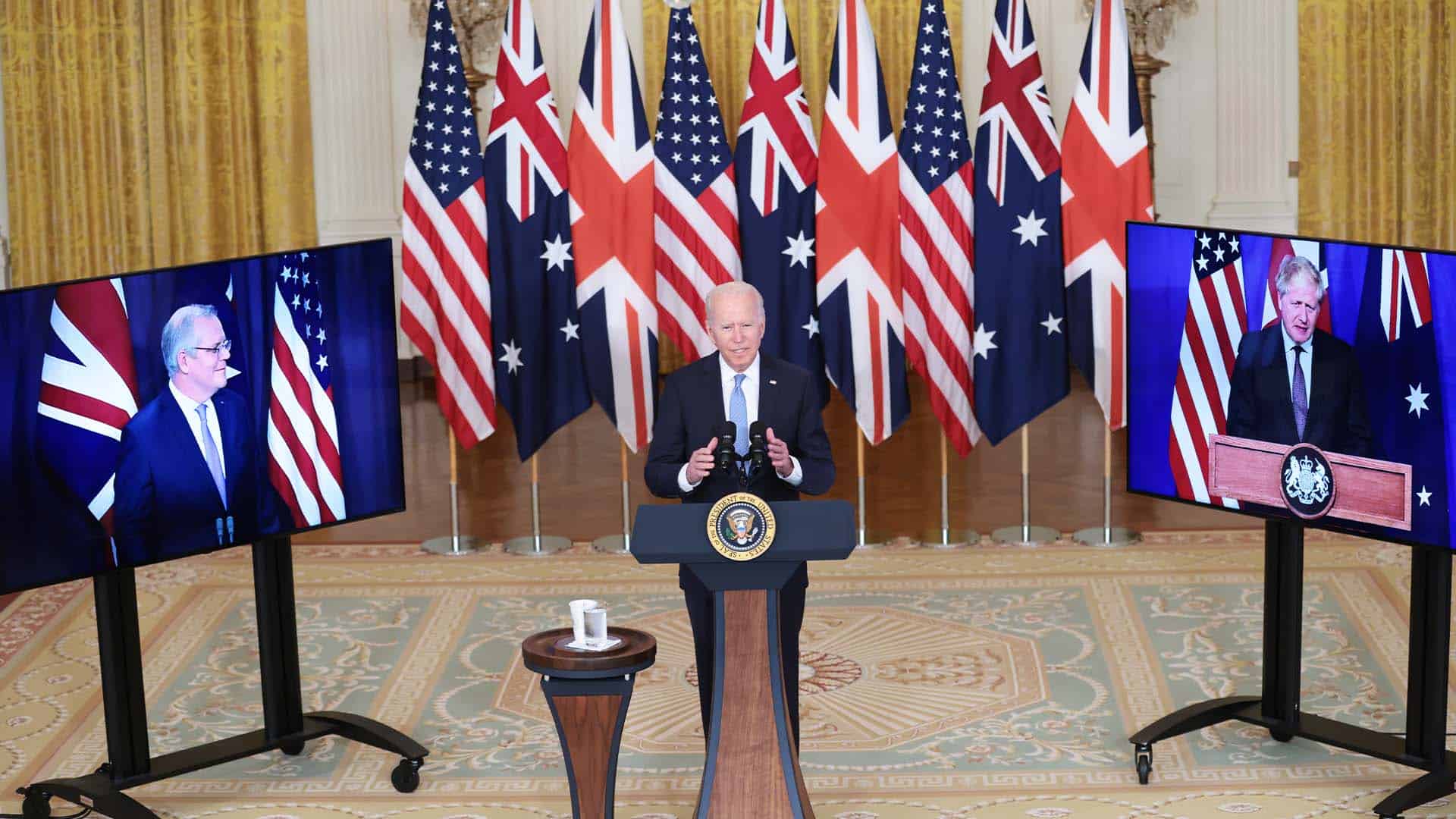 Empires historically collapse from the periphery to the core. AUKUS, far from being a source of strength is a key marker of imperial decline.

In this article for Pearls and Irritations in August I argued that given the accelerating collapse of the United States imperial system, Australia should be hedging its bets with regards to the future of that country.

But predictably the Australian government has doubled down on the alliance through the announcement of AUKUS.

AUKUS is symbolic for several reasons. The first is the corrosive nature of internalising our own lies and propaganda. The deafening China threat narrative echo chamber, combined with the apparent cognitive dissonance resulting from America’s decline, has almost completely undermined the ability for any sensible discussion of Australia–China relations.

It has also undermined any sense of recognition that Australia’s own actions have been a major contributor in the poisoning of relations or that current policy and rhetoric towards China is acting against our own best interests.

But most importantly, AUKUS is symbolic as a marker of imperial decline. It is barely 30 years since Charles Krauthammer argued that “the centre of world power is an unchallenged superpower, the United States, attended by its Western allies“, labelling it the United States’ unipolar moment. In 2002 he paraphrased Benjamin Franklin: “History has given you an empire, if you will keep it.”

Through a series of extremely poorly judged imperial misadventures and domestic policies, the United States has done its very best to destroy its empire in the past two decades culminating in a series of unmistakable markers of imperial decline during 2021. Indeed, 2021 may well prove to be a pivotal year for a future Edward Gibbon writing The History of the Decline and Fall of the American Empire.

That the maintenance costs of American empire have been much greater than the benefits obtained has been obvious for decades. One approach to addressing this imbalance is to offload vassal states on the empire’s periphery. Hence the complete abandonment of Afghanistan in August and the cooling of US support to its Ukrainian vassal earlier in the year.

Whilst Afghanistan and Ukraine are figuratively far from the imperial core, France is another matter. France is the United States’ oldest ally playing a pivotal role in the American Revolutionary War, a key NATO member and active participant in conflicts such as Afghanistan, Libya, Iraq and Syria. Thus, the duplicitous betrayal of France, which by any reasonable definition the AUKUS deal and cancellation of the submarine contract is, is a far more important marker of imperial decline.

AUKUS is a clear indication to all nations who consider themselves as allies to the United States, of both that countries unreliability (further evidence reinforcing the Russian assessment that the United States is “non-agreement capable”) and even more importantly, where they sit in the imperial pecking order. As noted by British journalist Tom Fowdy: “A ruthless [and increasingly desperate] Washington has demonstrated that what matters to it now is not Europe, but the Indo-Pacific region.”

There were already signs that some countries, such as Germany and Turkey, were starting to push back against the United States. Germany’s resolute determination to complete the Nord Stream 2 project (with some analysts suggesting that the United States’ objections about the project were primarily about reducing the competitiveness of German manufacturing by forcing it to purchase expensive US natural gas) and NATO member Turkey’s decision to purchase the Russian S-400 air defence system and potentially Su-35 fighters being key examples.

The AUKUS announcement is likely to embolden some of the major European countries, if not the EU, to pay more attention to their own interests and less to the imperial diktats coming from Washington.

The outcomes of the recent Quad meeting, as demonstrated by the rather bland pronouncements in the joint statement, suggest that not all members of this grouping are as committed to the aggressive containment China as the United States and Australia.

The announcement of the Quad infrastructure partnership to “reenergise” efforts to provide high standard infrastructure in the Indo-Pacific (with no new funding announced), is feeble compared to the trillion or more that China has already invested in Belt and Road Initiative projects with much more to come. This is not a recipe for outcompeting China.

The ASEAN nations, whose largest trading partner is China, have little interest in supporting the United States policy of containment towards China. No better example of this being the Vietnamese prime minister reaffirming the status of its relationship with China immediately after Vice President Kamala Harris’ visit to Vietnam in August. The perception by ASEAN nations that outside powers such as AUKUS seek to determine the future of the region is also likely to be unwelcome.

Three nations which all have significant internal issues to address but are unwilling to acknowledge that the global balance of power has fundamentally changed, and not in their favour.

Outside of this core there is little appetite for the aggressive containment of China and with good reason. There are not many nations in this world who are willing to sacrifice their interests or their future just so a self-proclaimed exceptional nation can regain its unipolar moment. Unfortunately, Australia has proven to be a rare exception in this regard.

Australia has willingly boxed itself into a lose-lose-lose scenario. If the China containment strategy is successful then the major engine of global economic growth will be damaged, perhaps permanently. This is at best a pyrrhic victory. If the containment strategy triggers a war with China, the results are likely to range from the merely catastrophic to the apocalyptic. And if the decline of the United States empire continues apace, Australia will find itself increasingly isolated facing the very real prospect of our own century of humiliation.

One small glimmer of hope to take from these dire circumstances is that Australia has willingly placed itself in this position. This implies that we may also be able to extract ourselves before the situation become calamitous. Or paraphrasing Benjamin Franklin again, “circumstances have given us a small window of opportunity, if we can take it.”

The Independent and Peaceful Australia Network (IPAN) has launched a petition calling on the Australian government to fully withdraw from AUKUS and the commitment to build nuclear submarines. The petition can be signed here.

Cameron Leckie served as an officer in the Australian Army for 24 years. An agricultural engineer, he is currently a PhD candidate.