Encryption would thwart Chinese data collection, but no one has been more active in fighting it than the US 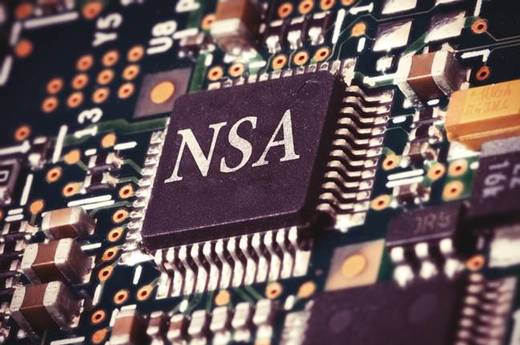 Editor’s note: Machine-translated from the German edition of Der Spiegel.

From 2013 to 2015, small stacks of smartphones in the corridors in the corridors of the SPIEGEL building were astonishing. When talking about working on and with documents from Edward Snowden’s fund, we left the cell phones outside, for good reason.

Much of what was revealed back then seems to have been forgotten again. This is currently evident in the strangely history-free debate about the Chinese network supplier Huawei.

The US accuses Huawei of being spied on by the Chinese secret service for espionage and installing – or intending to install – back doors in network hardware. The Federal Foreign Office, on which the US is exerting pressure to have Germany boycott Huawei technology , recently told Handelsblatt: “At the end of 2019, we received US intelligence information that Huawei has been shown to be working with China’s security agencies.” Notice the subjunctive.

So that no misunderstandings arise here: It is absolutely advisable to distrust China and its state-controlled hackers. But in reality there is something completely different.

This “intelligence information” is actually surprisingly trivial: it is no surprise that a country’s largest network supplier works with the country’s secret services. The opposite would be. In the United States, the NSA has its accounting and surveillance centers equipped with hardware by US manufacturers, why should China do it differently?

Snowden documents show that there are cooperative links between the major server manufacturers in the USA and the NSA secret service. US companies have long been leaders in physical network routers for wired Internet: Cisco, Juniper Networks, Hewlett-Packard Enterprise. The issue of 5G, however, has apparently overslept both US companies and Europeans. And nobody knows better than US intelligence that technology issues are always power issues.

One of the apparently forgotten NSA revelations from 2013 to 2015 is the fact that the NSA Tailored Access Operations unit had a whole catalog with “implants” for the then common servers, router and hardware firewalls on offer – also for US products. Back then, we prepared the catalog extensively, so why not take a look at it?

CAUGHT, TURNED INTO A BUG, SENT ON

A method to convert professional telecommunications products almost ex works for NSA purposes is as follows: Before the server or router goes to the end customer, for example a telecommunications company in another country, the delivery is intercepted. The device is unpacked, provided with an “implant”, packed again and sent on. The NSA even has its own word for this process: “Interdiction” . There are even NSA photos of a place where this happens.

Within the project “genius” would have created the world’s intelligence with these and many other methods in late 2013 85.000 “points of presence” – even in this country . “Presence points” are infiltrated computers, servers, routers: the secret shadow network of the Five Eyes secret services. This allows Internet traffic to be redirected to where you want it, for example.

That too seems to have been forgotten: Allies were never exempt from all of this. Successful attacks by NSA and / or the British GCHQ have been documented, for example

A technique was used in the attack on Belgacom which, thanks to the shadow network, is probably really only available to the Five Eyes secret services, perhaps until today: “Quantum Insert”. One-to-one copies of websites are actually issued by an NSA server, enriched with a spy Trojan. In the case of Belgacom, this was done with fake LinkedIn pages with a little something extra. If you can do that, you don’t have to send contaminated email attachments like Russian or Chinese hackers. The skimmed-off information was used to continue working on mobile networks.

THE CHIEF OF THE NSA IS ALWAYS A WARRIOR

In other words, NSA and GCHQ have long been proven to do what the US now accuses Huawei of without providing evidence to the public. The British GCHQ apparently believes Huwei technology is currently even manageable: On the island there has been a test facility for years, in which Huawei has to prove under GCHQ supervision that its technology does nothing illegal. The British are not participating in the Huawei boycott.

In truth, things are like this: At the time of the Snowden revelations, NSA and GCHQ, with their superior capabilities and huge shadow network, were probably far ahead of what the GCHQ once called “mastering the Internet” . Chinese and other state hackers , although very busy and no less ruthless, could only dream of the same level of power. The United States and its Five Eyes partners have turned the Internet into a weapon system that even a U.S. president named Obama did not want to give up. The head of the NSA is also always the head of the US Cyber ​​Command – a warrior.

THERE WOULD BE A SOLUTION, BUT THE US DOESN’T LIKE IT

Talking about disarmament or even international contracts in this area, Americans and Britons never felt like it – even though their own IT security companies demanded it. Why should you believe that you are at the top of the arms race?

At the same time, the Five-Eyes Secret Services are fighting nail and tooth against end-to-end encryption: If everything that runs through the internet is only available as a random string of characters and will only be unscrambled after it reaches its destination, then an attack via a backdoor router placed inbetween will be useless. That would also be true for an alleged Huawei backdoor. However, the US has no interest in secure encryption methods. Quite the opposite: The US are actively sabotaging, including with threats against American companies, higher encryption standards and systems.

In addition to Trump’s trade war with China, all of this is likely to be the second motivation behind the anti-Huawei campaign: The US fears that China could now do what they have been doing to everyone else for years.

The solution would not be calls for boycotts – but for all binding international rules and supervisory systems for the network. And thus more security for everyone.