US Wants to Surround China With Missiles, but Its Asian Clients Don’t Want to Host Them

What the US left the INF Treaty with Russia to do 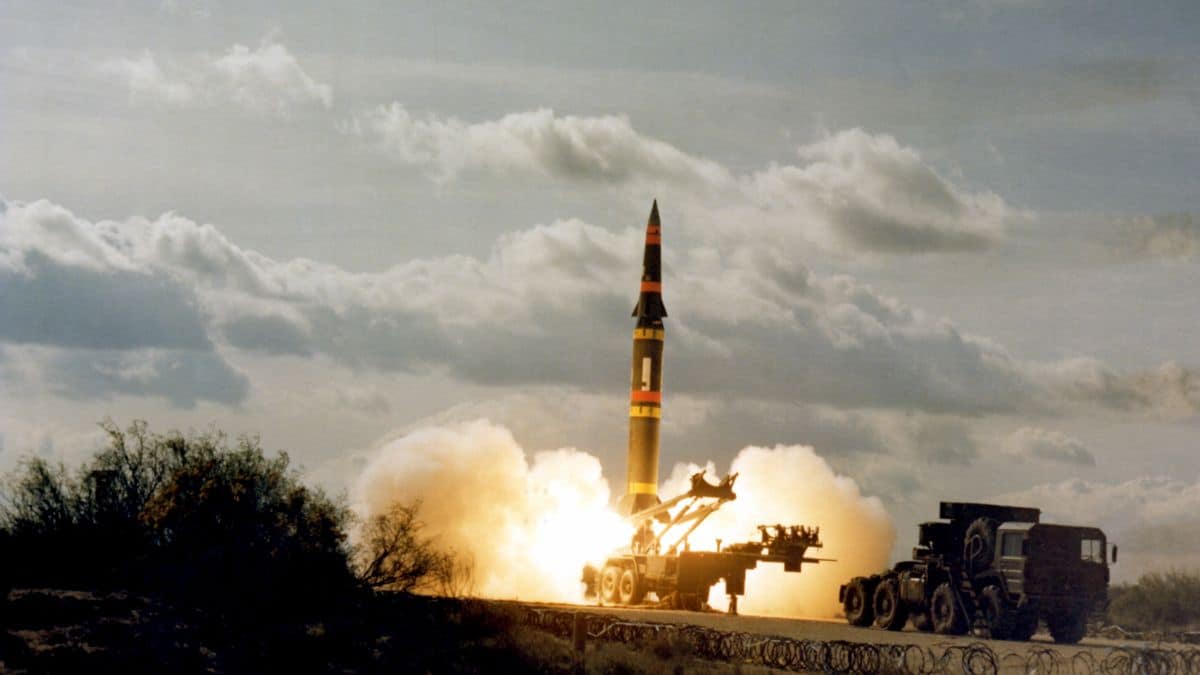 The governor of a Japanese territory where the Pentagon is thinking about basing missiles capable of threatening China has a message for the United States: Not on my island.

“I firmly oppose the idea,” said Gov. Denny Tamaki, the governor of Okinawa, in an email to The Times.

Officials in other Asian countries are also signaling they don’t want them.

Senior officials now say that putting hundreds of American missiles with non-nuclear warheads in Asia would quickly and cheaply shift the balance of power in the western Pacific back in the United States’ favor amid growing Pentagon concern that China’s expanding arsenal of missiles and other military capabilities threaten U.S. bases in the region and have emboldened Beijing to menace U.S. allies in Asia.

The missile plan is the centerpiece of a planned buildup of U.S. military power in Asia projected to consume tens of billions of dollars in the defense budget over the next decade, a major shift in Pentagon spending priorities away from the Middle East.

But it also highlights the complex relationship between the U.S and its Asian allies, many of whom feel increasingly threatened by China but are reluctant to back new U.S. military measures that might provoke Beijing, which has built the biggest navy in the world in the last decade.

In Japan, the decision on whether to allow U.S. missiles on its territory will be made by the central government in Tokyo. Gov. Tamaki said officials at the Pentagon and in Tokyo have told him there are no definite plans to put missiles on Okinawa. But Tamaki isn’t reassured.

With a Japanese mother and an American father who served with the Marines on Okinawa before abandoning the family, Tamaki personifies the complex relationship between the U.S. and its allies in Asia. He was elected two years ago after pledging to oppose expansion of the already-substantial U.S. military presence on the island.

More than half of the 50,000 U.S. military personnel stationed in Japan are in Okinawa, most concentrated at a Marine base surrounded by residential areas in the largest city. Opposition to the 70-year-old U.S. military presence has sparked local protests for years, which would probably intensify if there were a move to base missiles there.

“If there is such a plan, I can easily imagine fierce opposition from Okinawa residents,” Tamaki said.

For the last year, the Pentagon has been testing several new types of short- and intermediate-range missiles — those with ranges up to 3,400 miles — including a ballistic missile that could be placed in Guam, a U.S. territory, and mobile missiles carried on trucks.

The first of the new weapons could be in operation within two years, though no decision has been announced about where they will be based. Similar missiles are now carried on U.S. warships and planes based in Asia, but there are no land-based systems.

U.S. officials say that many allies are privately supportive of the missile plan and may come around to permitting them on their territory but don’t want to provoke opposition from Beijing and their own public before decisions are on the table.

The U.S. has a defense treaty with Japan, as it does with South Korea, the Philippines and Australia. Taiwan is not a formal ally but has close, unofficial defense ties with Washington.

“We are very attentive to our allies’ concerns, and we recognized their political challenges,” said a senior defense official, who agreed to discuss Pentagon planning if he was not identified. “Everything that’s said in the media is not necessarily what’s said behind closed doors.”

To lessen the political opposition, the U.S. could rotate missile batteries in and out of locations around the region or place them in strategic locations without publicly disclosing it.

“It wouldn’t make much sense to announce plans now, which would stoke Chinese anger and possibly play into the domestic politics,” said Randy Schriver, who was a senior Pentagon official responsible for Asia until his resignation last year.

A decision to go ahead in Asia would intensify an arms race between the region’s two biggest powers whose relations — already tense over President Trump’s confrontational trade agenda and Chinese President Xi Jinping’s hawkish policies — have nosedived since the coronavirus outbreak.

“It’s naïve and dangerous,” said Alexandra Bell, a former Obama administration arms control official and a critic of deploying U.S. missiles. “Instead of looking at how we can prevent a full-out arms race, that’s our opening salvo?” added Bell, a senior policy director at the Center for Arms Control and Nonproliferation in Washington.

Putting land-based missiles in Asia capable of attacking China is not a new strategy.

In the 1950s and 1960s, the U.S. kept them at bases across the region, including in Okinawa, where hundreds of nuclear-armed warheads were stored secretly for decades even though Japan’s constitution prohibited the presence of nuclear weapons on its territory.

The missiles were gradually taken out of service in the 1960s and 1970s, because of budget cuts and a shift in U.S. strategy away from defense of the region focused on nuclear weapons. In 1987, the Reagan administration signed an arms control treaty that prohibited the U.S. and the Soviet Union (and later Russia) from deploying any land-based intermediate range missiles, including in Asia.

China was not a signatory, leaving it free to build up its missile arsenal.

The Trump administration withdrew from the treaty last year after accusing Russia of developing new land-based missiles that violated its terms. The exit opened the way for the Pentagon to consider reintroducing ground-launched missiles in Asia.

With mobile missiles around the region, the U.S. could pose an even bigger challenge for China, forcing it to hunt for hundreds of launchers capable of targeting its planes, ships and bases, strategists say.

“Ground-based missiles aren’t some kind silver bullet,” said Eric Sayers, a former consultant to U.S. commanders in the Pacific and a fellow at the Center for a New American Security, a Washington think tank. “But they are a way in the near term … to create dilemmas for the [People’s Liberation Army] planners.”

Although the risk of large-scale conflict with China seems low, tensions have continued to ratchet up over Beijing’s crackdown in Hong Kong, its military maneuvers near Taiwan, its border dispute with India and its offshore maritime claims in the East China Sea and South China Sea.

Nearly a quarter of world trade travels through the South China Sea, making the contest between Beijing and Washington over control of its maritime lanes and rich resources especially tense and certain to continue, no matter who wins the U.S. presidential election in November.

The U.S. Navy for decades dominated the “first island chain,” as strategists call the area of the western Pacific stretching from Japan to Taiwan to the Philippines that fell within America’s defense umbrella after World War II.

But American reliance on bases, warships and airfields in the region has become increasingly risky, officials and analysts say.

China has developed its own missiles, sophisticated radars and anti-satellite weapons as well as a growing fleet of warships and submarines in recent decades that could threaten American bases and other targets early in a conflict, said Collin Koh, a research fellow in Asian maritime security at the S. Rajatnam School of International Studies in Singapore.

The Chinese weapons in many cases have ranges that exceed those on U.S. warships, though the U.S. retains a significant advantage in attack submarines and in advanced fighters and bombers armed with cruise missiles that can be fired from long distances.

“Their capability and their reach have created vulnerabilities for our legacy basing structure,” said the defense official, who agreed to discuss U.S. planning on condition that he not be identified.

24 Comments
Reply To Rowdy-Yates
Cancel Reply
Telegram Group
AE has a supporting readers Telegram group where we hang out and exchange leads and takes. If you have ever donated to AE drop me a line on email and I'll send you the link to join.
Anti-Bellum
Antiwar.com
Brownstone Institute
Edward Slavsquat
Fourth World
Swiss Policy Research
The New Kremlin Stooge
Read the rules before you think about leaving a message
Anti-Empire