China tells neighbors to think twice before hosting them 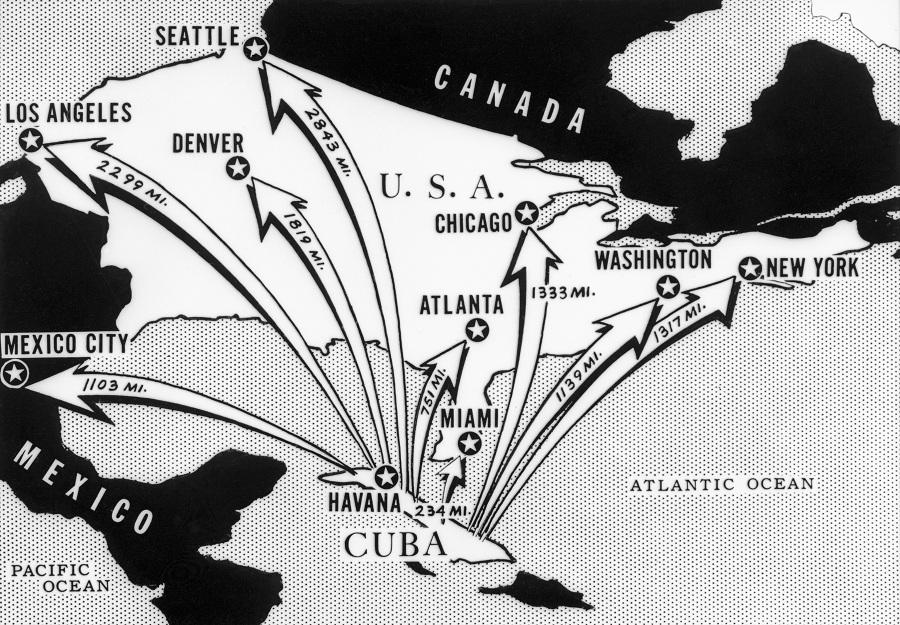 The U.S. is hoping to deploy new ground-based intermediate-range missiles to Asia “sooner rather than later,” U.S. defense chief Mark Esper said of a move that could have huge ramifications for regional security.

Esper’s remarks were likely to raise already-soaring tensions with Beijing and add to fears of a new arms race involving the U.S., China and Russia.

“Yes I would like to,” Esper said late Saturday when asked if the United States was considering deploying new medium-range conventional weapons in Asia now that Washington is no longer bound by the Intermediate-Range Nuclear Forces (INF) Treaty, which the U.S. formally withdrew from a day earlier.

“We would like to deploy a capability sooner rather than later,” Esper said, according to a transcript released ahead of his arrival in Sydney for the start of a weeklong tour of Asia. “But with, you know, programs like this, it takes time. You have to design and develop, and test and do all those types of things.

“I would prefer months,” he said in regards to a deployment. “But these things tend to take longer than you expect.”

Esper did not say where the missiles would be based, but experts have said Asian allies such as Japan and Australia, as well as the U.S. territory of Guam, were among possible deployment sites.

“I wouldn’t speculate because all those things depend on our plans,” Esper said. “Those are things you always discuss with your allies.”

U.S. President Donald Trump has pinned much of the blame for Washington’s exit from the INF agreement on Russian violations of the landmark pact. But a closer look shows that China’s buildup of its missile forces — which pose a grave threat to U.S. military bases in Japan and elsewhere in the region — also played a large part in the decision to abrogate the 1987 arms-control deal.

Trump said in October that the U.S. would scrap the 1987 treaty between Washington and Moscow, which banned all land-based missiles with ranges of 500 to 5,500 km (310 to 3,420 miles). The pact covered missiles, known as short- and intermediate-range, that can carry both nuclear and conventional warheads, but did not ban air- or sea-launched weapons.

China has warned the United States that it would take unspecified countermeasures if Washington goes ahead with plans to deploy ground-based missiles in the Asia Pacific region.

The statement from the Chinese foreign ministry on Tuesday comes days after US Defense Secretary Mark Esper said the US was now free to deploy the weapons following its withdrawal last week from the Intermediate-Range Nuclear Forces (INF) treaty with Russia.

“China will not stand by idly and will be forced to take countermeasures should the US deploy intermediate-range ground-based missiles in this part of the world,” said Fu Cong, the director of arms control at the foreign ministry.

“And we also call on our neighbours, our neighbouring countries, to exercise prudence and not to allow a US deployment of its intermediate-range missiles on [their] territory,” he added, naming Australia, Japan and South Korea.

“That would not serve the national security interest of these countries,” he said.

Fu issued the statement as tensions between the two countries heated up because of an escalating trade war.

On Monday, Australia ruled out the possibility of the missiles being deployed on its soil, saying Canberra had not even been asked to host them.