What a great neighbor to have 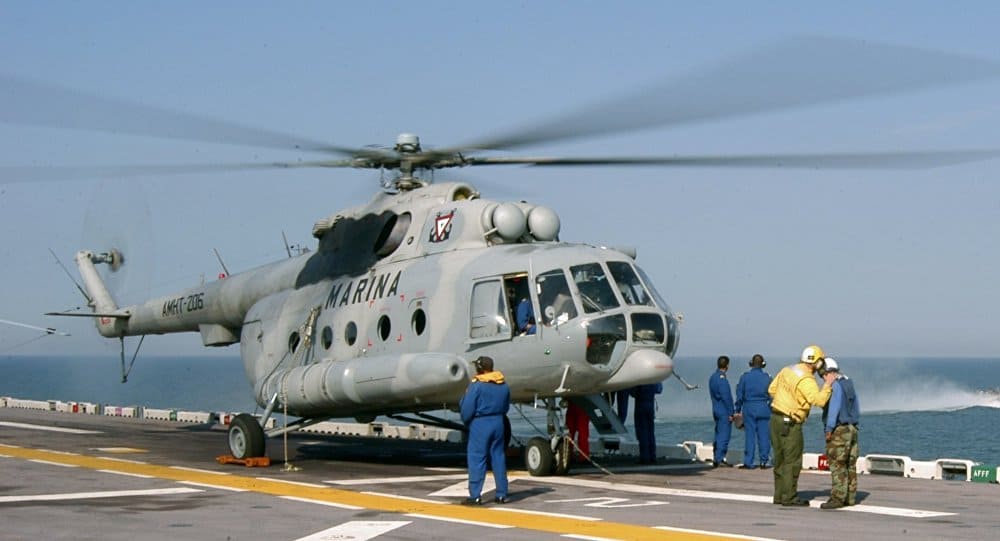 Mexico could feel the wrath of its northern neighbor if it buys helicopters from Russia as that country’s foreign minister claims it is considering.

Under United States law, Mexico could face sanctions if it goes ahead with the purchase, a senior U.S. official said on Thursday.

Hugo Rodríguez, Deputy Assistant Secretary of State for Western Hemisphere Affairs, made the assertion in response to a question from a lawmaker during a hearing Thursday of the United States House Foreign Affairs Subcommittee on the Western Hemisphere.

“Russian Foreign Minister Sergei Lavrov recently announced that Mexico was in talks to purchase Russian-made helicopters. If that were to proceed, would it risk sanctions by the United States under section 231 of the CAATSA Act?” asked Democratic Party Representative Dean Phillips at the hearing to assess U.S. security assistance to Mexico.

The CAATSA Act is the Countering America’s Adversaries Through Sanctions Act, a law promulgated by U.S. President Donald Trump in 2017 that has imposed sanctions on Iran, North Korea and Russia.

“We have looked into that; we obviously saw that readout of the meeting between Foreign Minister Lavrov and Foreign Secretary Ebrard,” Rodríguez told Phillips. He was referring to the meeting between the two men in Mexico City last week, after which Lavrov said that the Mexican government was looking at proposals to purchase helicopters from Rosobronexport, the state-owned Russian agency responsible for the import and export of defense products.

“We read it with great interest and it is concerning to us. Based on our initial investigation, it appears that such a sale would potentially trigger sanctions under CAATSA,” he said.

“Have we made our position clear to our Mexican friends?” asked Phillips.

“I believe we have at the embassy level. … At the Washington level, we have raised this as an area of concern with our counterparts in Mexico City to raise with the government of Mexico,” Rodríguez said.

The news agency AFP reported that after the official’s appearance before the foreign affairs subcommittee, it was told by an unnamed source at Mexico’s Secretariat of Foreign Affairs that the government is not in fact negotiating with Russia to purchase helicopters.

Before he took office in December 2018, President López Obrador announced the cancelation of a contract to purchase helicopters from United States firm Lockheed Martin in order to save money.

The Mexican military already has an extensive fleet of Mil Mi-17 Russian-made helicopters.