The US threatened ship owners, insurers and captains to hand over 1.1 million barrels of gasoline 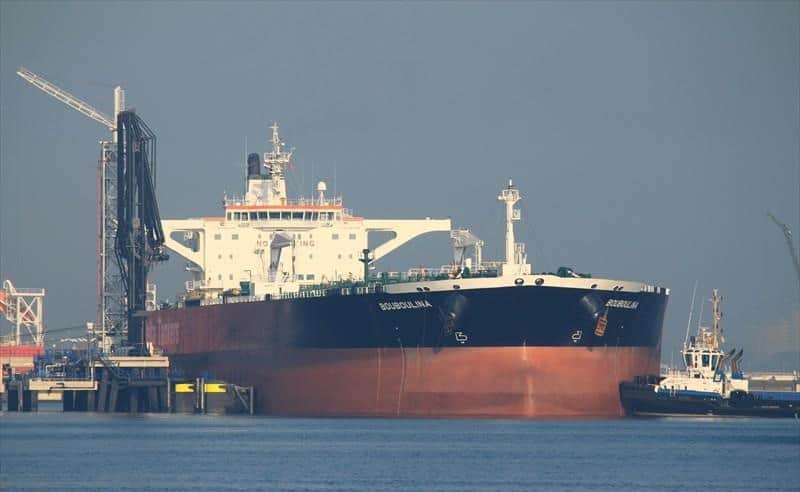 The U.S. has seized Iranian petroleum bound for Venezuela aboard four tankers near the Strait of Hormuz, enforcing a forfeiture order aimed at both Iran’s Islamic Revolutionary Guard Corps and the Caracas government, the Justice Department announced Friday.

The cargo was intercepted on Wednesday, under a warrant issued by a U.S. District Court over a July 2 complaint seeking the forfeiture of all petroleum products aboard the vessels. The property is now in U.S. custody, the Justice Department said.

According to The Associated Press, quoting unnamed U.S. officials, no military force was used in the seizure of the cargo, and none of the ships was physically impounded. Instead, U.S. officials threatened ship owners, insurers and captains with sanctions to force them to hand over their cargo, the AP reported.

In a statement Friday, State Department spokesperson Morgan Ortagus described the cargo as gasoline and said if the forfeiture is successful in U.S. courts, the proceeds could “support the U.S. Victims of State Sponsored Terrorism Fund instead of those engaging in terrorism, like the [Islamic Revolutionary Guard Corps].”

It wasn’t clear where the vessels, all four Liberian-flagged, are currently located, as none appears to have transmitted collision-avoidance beacons in several weeks, according to the site MarineTraffic.com.

Last year, the Trump administration declared Iran’s Islamic Revolutionary Guard Corps to be a terrorist organization. It has also stepped up pressure on the government of Venezuelan President Nicolás Maduro.

Although Venezuela controls one of the world’s largest crude reserves, its production of refined gasoline falls short of even its domestic needs. Amid stiff U.S. sanctions, commercial traders have also increasingly shunned Venezuela, prompting it to turn to Iran, which is also the subject of sanctions from Washington.

“We are seeing more and more global shipping fleets avoiding the Iran-Venezuela trade due to our sanctions implementation and enforcement efforts,” the State Department’s Ortagus said. “The United States remains committed to our maximum pressure campaigns against the Iranian and Maduro regimes.”

In a tweet, Hojat Soltani, Iran’s ambassador to Venezuela, rejected the U.S. claim of seizing the four tankers.

“Yet another lie and psychological warfare by the US propaganda machine. The tankers are neither Iranians, nor their owners or flags have anything to do with Iran. The terrorist Trump just wants to cover up the humiliation of his failure against the great nation of Iran by scattering false propaganda,” the ambassador wrote.

The U.S. and several international powers, including Saudi Arabia, Bahrain, the United Arab Emirates and the United Kingdom, banded together to protect international shipping in and around the Gulf of Oman last year following alleged Iranian attacks on oil tankers there. It was not immediately clear which “foreign partners” may have been involved in the U.S. seizure.

“After enforcement of the U.S. forfeiture order, Iran’s navy forcibly boarded an unrelated ship in an apparent attempt to recover the seized petroleum, but was unsuccessful,” according to U.S. Central Command, which posted a video on Thursday of what the United States is calling a failed Iranian operation.

Later Friday, the U.S. suffered a setback in its efforts to get international support for part of its campaign to isolate Iran. The U.N. Security Council voted down a U.S. proposal to extend an embargo on weapons sales to Iran that has been in place since 2007. Among the 15 members of the council, only the Dominican Republic voted with the U.S.. The embargo is set to expire in October.

Secretary of State Mike Pompeo said the U.S. would move now to have the U.N. reimpose sanctions on Iran that were lifted in the 2015 nuclear deal. But the U.S. has withdrawn from that deal and Russia and China, along with U.S. allies like France and Germany, seek to maintain it.

The Department of Justice confirmed Friday it had confiscated cargo in four vessels allegedly loaded with Iranian fuel in violation of sanctions, as the Trump administration steps up its campaign of maximum pressure against Iran. The fuel was headed for Venezuela.

The operation took place in international waters without the physical presence of any U.S. authorities or the assistance of any foreign government, said the people, who included a U.S. government official.

The contacts between U.S. officials and the ships’ owners took place remotely. The shippers grew frightened when a U.S. federal prosecutor filed suit to seize the four tankers of fuel, and Washington warned them that they or their crews could be sanctioned, according to the people. Such sanctions generally include a ban on accessing U.S. banks and dollars, which dominate the global financial system.

The owners of ships targeted by the U.S. legal action—the Luna, the Pandi, the Bella and the Bering—then agreed to transfer their cargo to vessels owned by Greece’s Eurotankers and Denmark’s Maersk, which are now heading to Houston, the people said. Maersk and Eurotankers didn’t return a request for comment.

In a press release, the Justice Department credited the State Department’s Special Representative for Iran Brian Hook with halting the shipments and assisting the Departments of Justice and Homeland Security in executing a U.S. seizure order for the fuel cargo. The release said the proceeds from the Iranian oil, if successfully recovered in U.S. courts, could support the U.S. Victims of State Sponsored Terrorism Fund. The hard-line Islamic Revolutionary Guard Corps, it said, had initially sold the cargo.

Venezuela had already paid for the fuel so Iran won’t lose any revenue from the confiscation, said a person familiar with the Iranian side of the transaction.
“The Iranian regime uses oil revenue to fund terrorism,” Mr. Hook alleged. “We have collapsed Iran’s oil sector through a significant sanctions regime, and we enforce our sanctions. We have warned the maritime community for two years of the dangers of moving Iranian oil.”