US Says Must Slow Down China’s Rate of Innovation 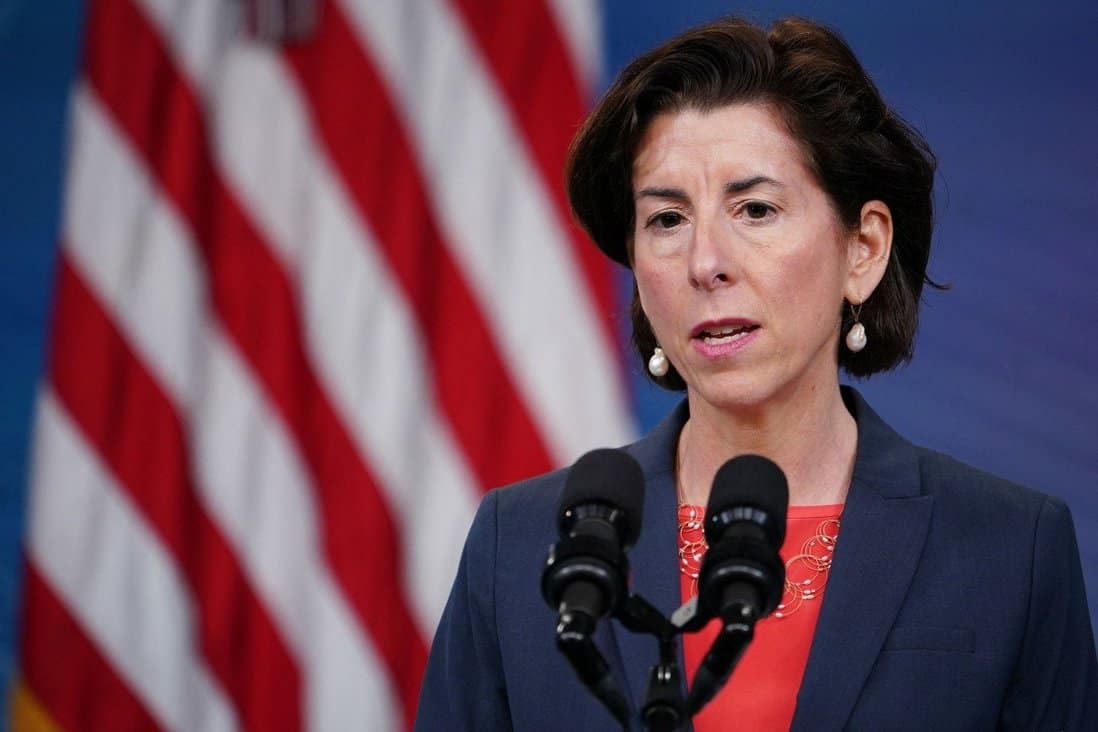 Editor’s note:  Some of it is framed in the context of China “ripping off our IP”. But that is not the whole story. Plus there is no legitimacy to IP monopolies and IP shakedowns anyway. It’s a way for multinationals to use the power of the state to stifle competition via the enforcement of the ludicrous idea that because somebody has already done what you’re doing you’re not allowed to also do it yourself.

“America is most effective when we work with our allies,” Raimondo told CNBC’s Kayla Tausche in an exclusive interview. “If we really want to slow down China’s rate of innovation, we need to work with Europe.”

“They’re ripping off our IP, they are not playing by the rules. It’s not a level playing field. And so we need to hold their feet to the fire to make sure that they do that,” she said, adding that Beijing is “not living up to the agreements that they made.”

When asked if Commerce would take some actions unilaterally to address the great power competition between the U.S. and China in shaping security practices and setting global trade norms, Raimondo again pointed to allies.

The Chinese Embassy did not immediately respond to a request for comment.

On Wednesday, Raimondo alongside Secretary of State Antony Blinken and United States Trade Representative Katherine Tai will represent the Biden administration at the inaugural meeting of the U.S.-EU Trade and Technology Council, or TTC, in Pittsburgh.

Biden’s team will meet with European Commission Executive Vice Presidents Margrethe Vestager and Valdis Dombrovski in hopes of addressing trade disputes, streamlining regulatory procedures and developing “rules of the road” for emerging technologies on both sides of the Atlantic.

“We have to work with our European allies to deny China the most advanced technology so that they can’t catch up in critical areas like semiconductors,” Raimondo said, adding that the Biden administration plans to deepen cooperation with Europe on export controls.

“We want to work with Europe, to write the rules of the road for technology, whether it’s TikTok or artificial intelligence or cyber,” she said.

China has hit back at US Secretary of Commerce Gina Raimondo’s  comment that Washington should work with Europe to slow China’s innovation, calling it a “typical hegemonic act”.

“The comment revealed the US’ real intention to make every attempt to contain and suppress China’s development,” foreign ministry spokeswoman Hua Chunying said in Beijing on Thursday.

“It’s a typical act of autocracy and hegemony,” she said, responding to Raimondo’s comment on CNBC on Tuesday.

Raimondo’s comment was made a day before Washington announced the formation of the US-EU Trade and Technology Council , which aims to reduce their shared reliance on China’s manufacturing juggernaut while strengthening their respective domestic supply chains involving strategic technologies.

Our Benevolent Empire
20 Comments
Leave A Reply
Cancel Reply
Read the rules before you think about commenting
Telegram Group
AE has a supporting readers Telegram group where we hang out and exchange leads and takes. If you have ever donated to AE drop me a line on email and I'll send you the link to join.